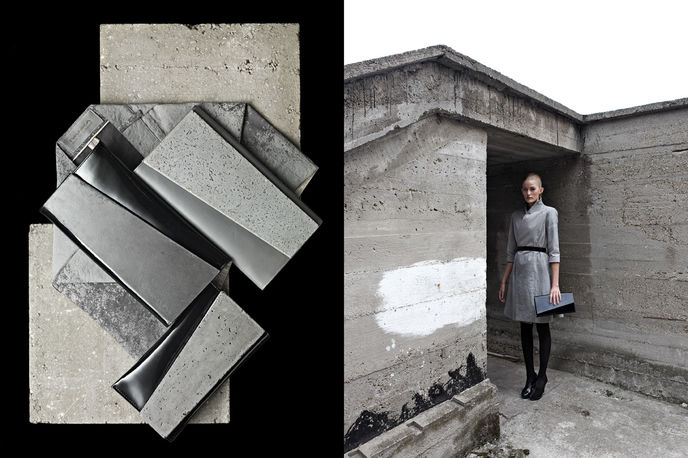 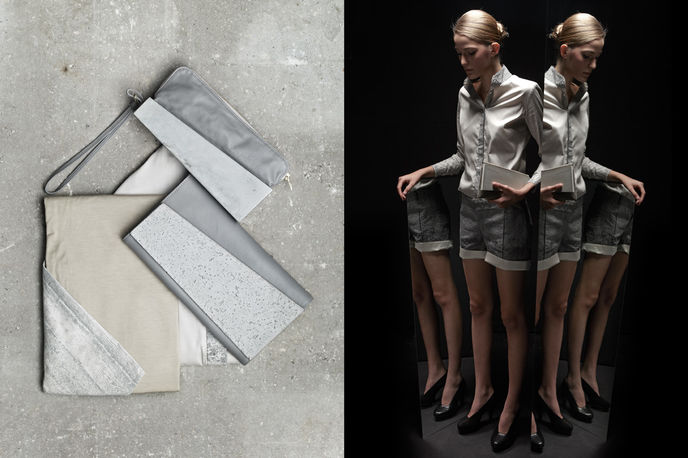 Fabrics were treated with a thin coating of concrete, a contrast intended to be a play on the ‘fragile and strong sides of all women’.

The treatment works to dramatic effect on coats, where the added rigidity emphasises collar and shoulder shapes. The resulting aesthetic is inevitably tough, architectural and reminiscent of former Eastern Bloc cities in the late 20th century.

While reportedly a hit with Chinese and Milanese buyers at the Paris show, environmental concerns surrounding concrete production could limit the durability of the innovation.