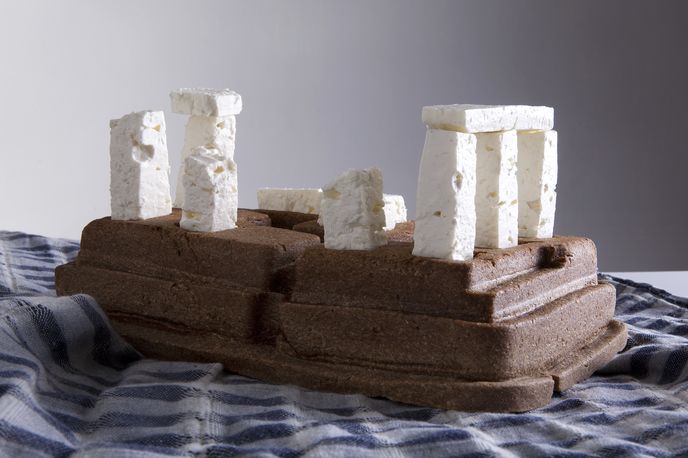 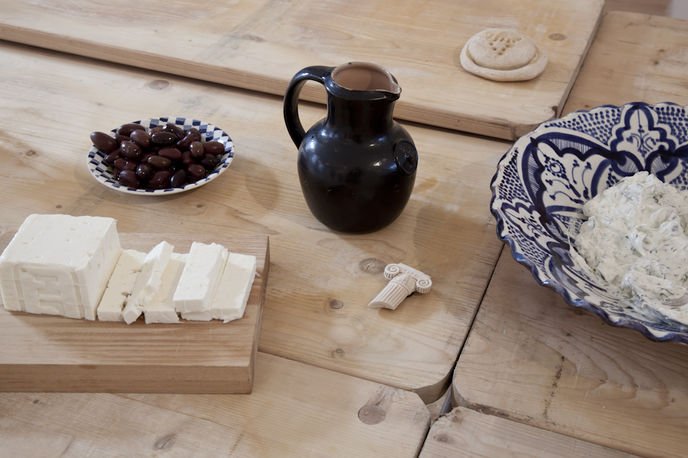 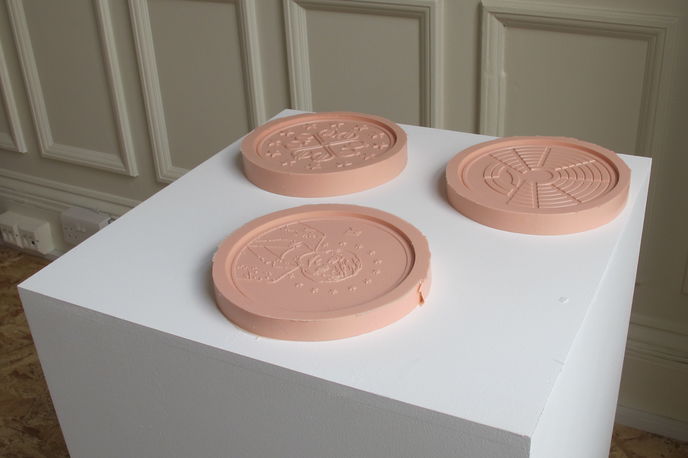 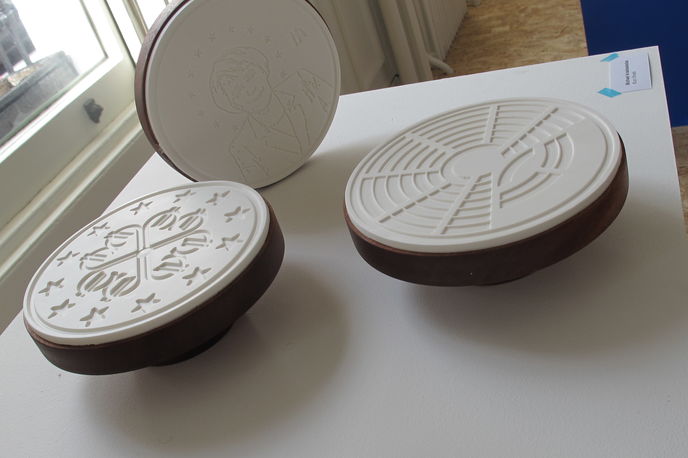 The café, which is also a gallery, library and reading room, is named after the Greek word for hospitality. The space features a feta cheese Parthenon resting on a bread Acropolis, books and magazines about conviviality, and statuettes arranged beside rustic foods and Greek herbs.

Bread stamps are cast into oversized re-mixed euro coins, portraits of German chancellor Angela Merkel, Ionic columns and miniature amphitheatres in an apparent comment on the effects of the euro crisis on Greek society. Cast in off-white, pale pink or blue silicon with pink casting moulds, the pieces are discreet and tactile objects, which, in the traditional café setting, relate the tension between the current reality of Greek euro-dependency and the nation’s historic position as the birthplace of European culture.

For more of our coverage of the London Design Festival, visit our Seed and Shows sections. Read our Conviviality Culture macrotrend here.