Nike is extending the lifespan of its sneakers

This Dutch city is banning meat adverts in public places

Stat: Using emojis can improve mental health, according to users

Immersive Ads by Roblox, US

The immersive advertisements will take the shape of 3D portals and are expected to be introduced early next year. According to Roblox, the new marketing features will enable companies to foster deeper relationships with its community of 58.5m daily active users, of which the largest group are aged between 9 and 12. The gaming company also plans to bolster its online marketplace with a new function that would give vendors more control over the scarcity of their goods.

As companies continue to invest in gaming activations, this new feature will enable them to create more engaging branded experiences. To learn more about marketing in the metaverse, readers can revisit this interview with Daniella Loftus, a co-founder of Red DAO.

How can companies create spaces in Roblox that gamers want to visit and return to? Consider launching a mini game or including benefits that don’t require players to spend money

Nike is extending the lifespan of its sneakers 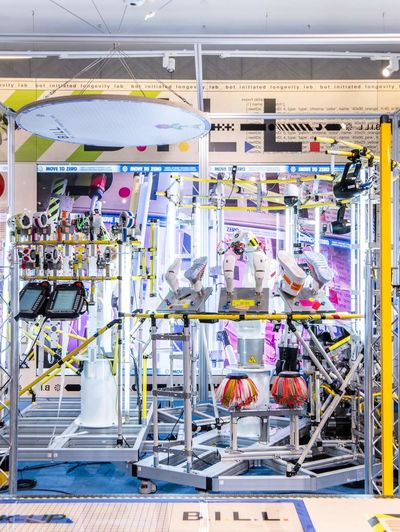 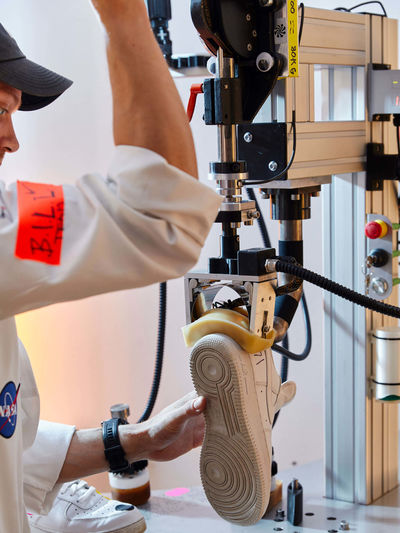 Bringing the principles of the Right to Repair movement to the fashion industry, sportswear brand Nike has partnered with creative engineering studio PCH Innovations to build a robot that extends the lifespan of its sneakers.

For the past two years, the two companies have been working on the Bot Initiated Longevity Lab (BILL), a robotic system with the goal of keeping old sneakers out of landfill. By analysing how and where shoes are worn down, the BILL can repair and refresh Air Force 1, Air Jordan 1, Dunk and Space Hippie 01 sneakers. The system has been designed to function in busy retail environments and has been assembled in Nike Town in London for the month of September.

While most consumers are used to replacing products every couple of years, increasing pressure from DIY Dressers for more circularity is prompting companies to consider end-of-life programmes and schemes.

How can companies introduce more end-of-life schemes that empower consumers to repair their items of clothing – and help sustain more emotional relationships with products – instead of throwing them away?

This Dutch city is banning meat adverts in public places

Netherlands – As part of efforts to reduce its environmental impact, the Dutch city of Haarlem will be the first in the world to ban meat adverts from public spaces. Adverts will not be allowed on buses, screens or shelters across the city.

The new rules will take effect in 2024, after meat was added to a list of products that contribute to the climate crisis. Initially proposed by councillors from the GroenLinks party, who didn’t expect the plans to come to fruition, the ban also extends to holiday flights, fossil fuels and cars that run on fossil fuels. ‘It is a signal – if it is picked up nationally, that would only be very nice. There are many groups of GroenLinks who think it is a good idea and want to try it,’ says Ziggy Klazes, a GroenLinks councillor.

While the move has prompted a backlash from the meat sector, which accuses the authorities of overstepping the mark, the initiative is a tangible example of how municipal authorities can mitigate cities’ impact on the climate crisis and demonstrates how consumer attitudes towards advertising polluting industries are shifting. 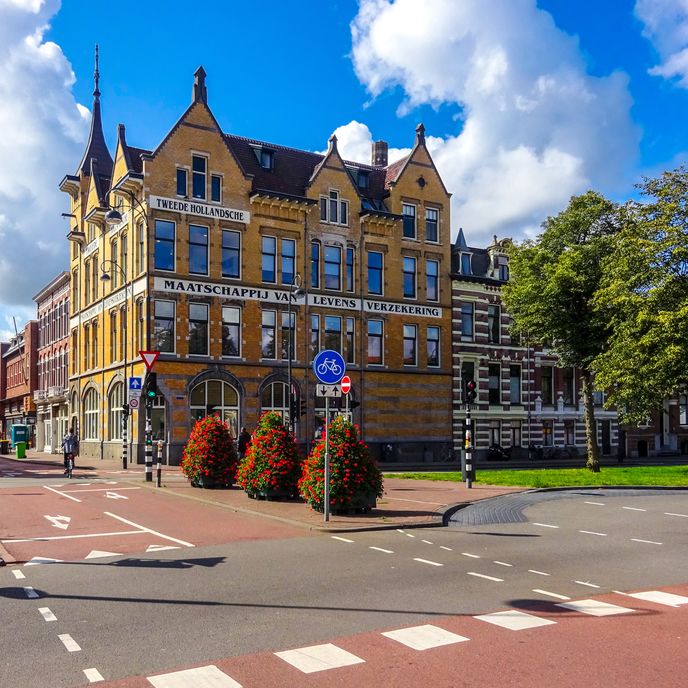 Brands and local authorities can work together to reduce the number of adverts for polluting products as consumer attitudes begin to harden.

Stat: Using emojis can improve mental health, according to users 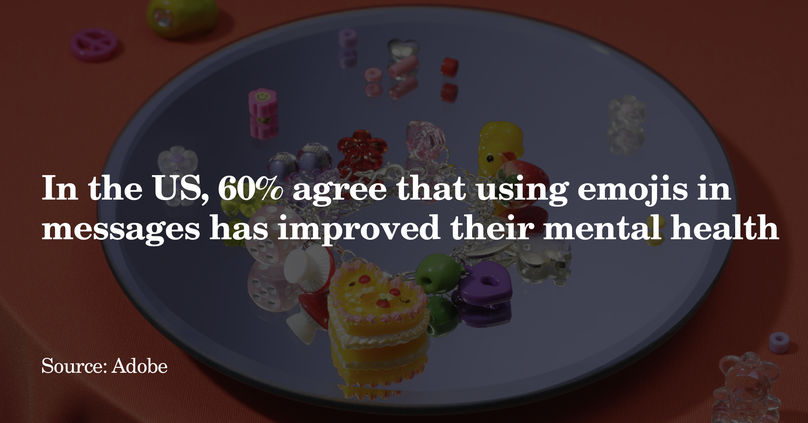 Victoria Ling for The Future Laboratory
Emojis are a vital part of everyday communication in the US, with a new survey from Adobe uncovering insights into the role they play in self-expression, inclusion and searching for connection with others. More than 90% of those surveyed agree that emoji icons make it easier for them to express themselves, while 60% say that using emojis in their messages has improved their mental health.

While this might indicate a need for better mental healthcare in the US, the finding also shows that emojis are also being used to tackle serious social issues, alongside their more light-hearted applications. ‘Emojis give people the resources they need to be able to express themselves and show their emotions, whether it be on social media or messaging apps. They allow people to convey more than just words on a screen and connect more deeply to others,’ says Kamile Demir, computer scientist at Adobe and Adobe representative on the Unicode Emoji Subcommittee.

With more brands exploring how to remix the wellness model for Gen Z, emojis will continue to play a considerable and often surprisingly complex role in communications and an important part in our sense of belonging and in fostering diversity and inclusivity.

How can you include emojis in your brand communications in a way that feels authentic? Watch out for commonly misunderstood icons.