3. A robot for the lonely

6. Thought-starter: Is the future of cities female? 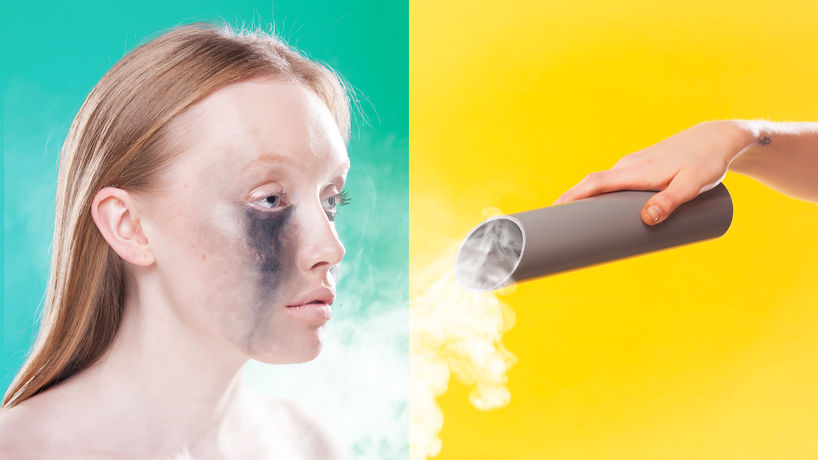 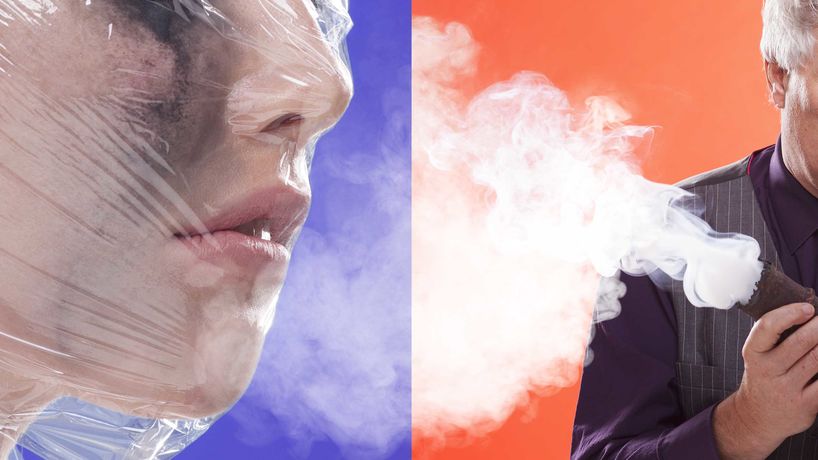 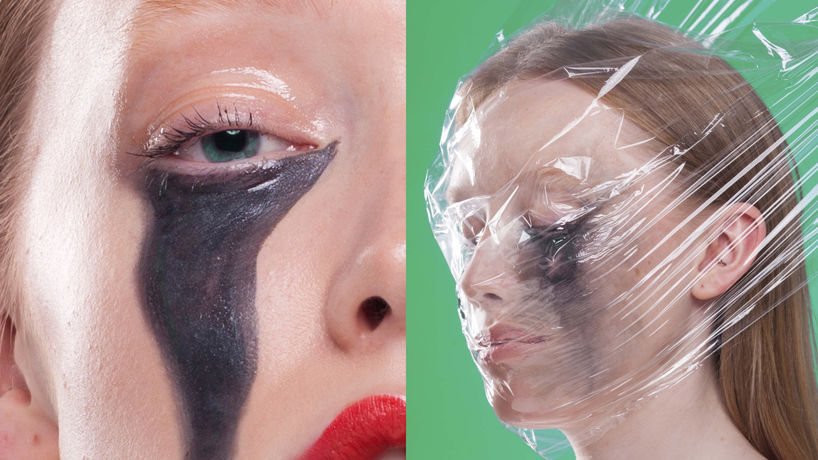 UK – Clean Air Now‘s latest campaign, Polluted Beauty, aims to raise awareness of illegal pollution levels in the UK by visualising the negative effects of toxins on the skin.

As a growing number of consumers are exposed to noxious air, the campaign illustrates the noticeable impact that it has on every area of skin. In a series of images, the agency highlights issues such as blocked pores, premature ageing, loss of facial elasticity and dark circles, which can be magnified by pollution.

The images use physical indicators to represent pollution including dark smudges, smoke and suffocating plastic. In a New Consciousness approach, the vibrant visual aesthetic captures the viewer’s attention by contrasting with traditional anti-pollution campaigns that tend to focus on blue skies and rolling hills.

‘By using pop colours, fashion-led poses and bold diptychs we are visualising the invisible effects of pollution,’ explains Claire Matthews, co-founder of Clean Air Now, in an opinion piece on It’s Nice That. ‘We utilised design to make the message bold and pop without shying away from the grotesque reality of the situation.’

Who Made My Clothes?, Fashion Revolution, Film by Futerra

Global – To celebrate Fashion Revolution Week – an annual awareness campaign following the Rana Plaza disaster in Bangladesh in 2013 – a new film highlights the roles of various garment workers in the fashion supply chain.

Created by sustainability advertising agency Futerra, and commissioned by European Commission Development Education Awareness Raising (DEAR), the film, Who Made My Clothes? uses dance to explore stories of the ‘invisible’ workers, from the cotton pickers to the pattern cutters and finally the garment workers. The project advocates a fair, safe and more sustainable industry by raising awareness of its complex, global workforce.

‘It’s about re-examining our relationship with trends,’ said director MJ Delaney in a statement. ‘We need to be more conscious about where we’re shopping, what we’re buying and who was involved in the production of the garment. Buy quality, buy less. It's about shopping clever.’

To discover more about the brands playing an active role in promoting change, read our Fashion Futures report here.

3. A robot for the lonely

South Korea – Researchers from Yonsei University and Korea’s Advanced Institute of Science and Technology have developed a robot that connects users with their friends by listening to their surrounding environment.

Fribo senses moving sounds such as the vacuum cleaner, the washing machine running or doors opening and shutting, which enable it to understand what is happening in the surrounding environment. Once it has identified a noise, the bot automatically messages the user’s friends to let them know what they’re doing. For instance, Fribo can hear a front door close and then announce, ‘Oho! Your friend just opened the door! Did someone work late today?’ By prompting social interaction, the bot acts as a mediator between friends.

In the East, where living alone is increasingly common, there is a rise in social isolation. Fribo is just one example of the humanoid machines that are attempting to tackle the issue of loneliness. 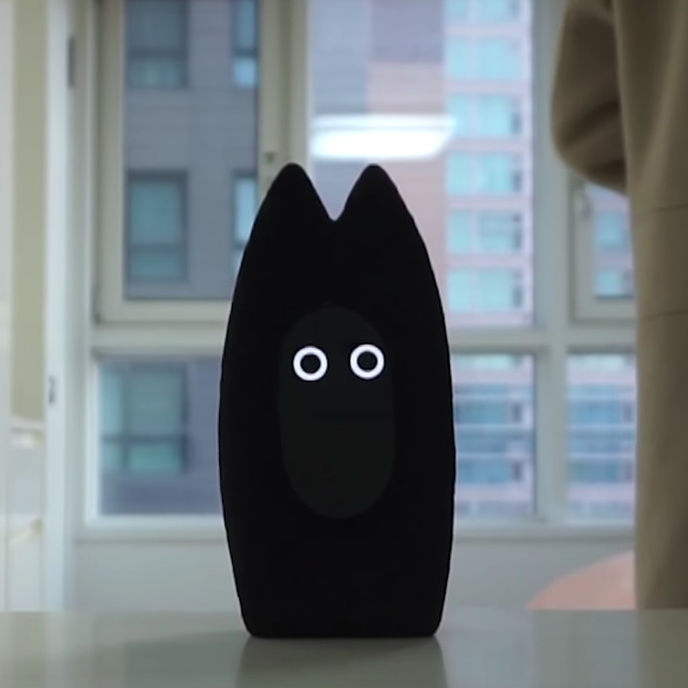 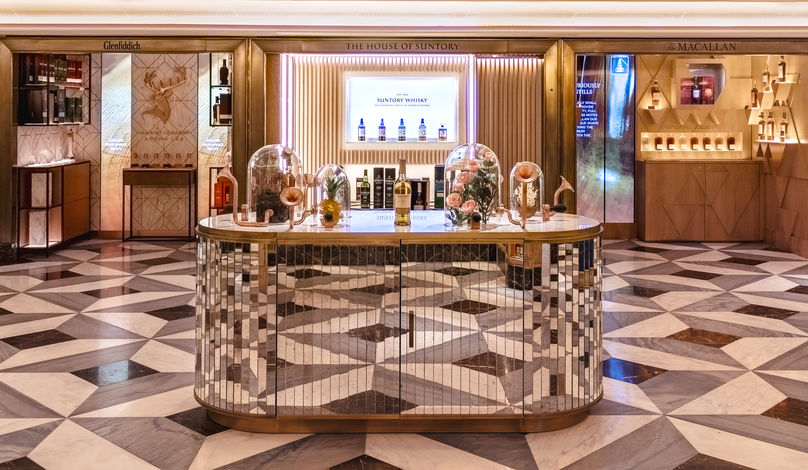 UK – The luxury department store has announced the opening of its new Fine Wine and Spirits Rooms, which organises products by flavour rather than category or brand.

In the Spirits Room customers are greeted with the first Louis XIII Cognac boutique outside of Beijing featuring more than 1,200 eaux-de-vie. Shoppers are further encouraged to explore fine spirits from whisky brands such as Suntory and Glenfiddich, which are individually displayed according to flavour.

The new space also features wines, with products displayed by terroir, allowing customers to discover new varieties from unexplored regions. To further heighten the sensory experience, Harrods has created an interactive table of scents that guides consumers through the different flavours of each grape.

With the rise in premium spirits consumption, Harrods is increasing the accessibility of its products and tailoring its retail model to better cater for what consumers are looking for. It follows the opening of Black Rock in 2016, a bar in East London that highlights whisky by flavour rather than brand.

A new report from YouGov, commissioned by Infor, highlights a sizeable increase in consumer demand for supply chain transparency. Participants also communicated that they wouldn’t hesitate to switch brands if the performance failed to meet their expectations.

The survey looked further into the specific elements of delivery that are paramount to consumers. The results found that 49% of shoppers said an estimated time of arrival (ETA) is imperative and 29% said they would like real-time updates.

As e-commerce continues to change consumers expectations, brands will have to reconsider how this will affect in-store selling as well. To find out more on how to implement a holistic retail strategy, buy tickets for our Retail Futures Forum here.

6. Thought-starter: Is the future of cities female?

In the course of our nearly 10,000 years of urban habitation, our cities have been predominantly imagined and made real by only one half of our species. Katrina Johnston-Zimmerman, co-founder of Women-Led Cities, argues the importance of a women's role and voice within urban planning and design.

If you look out of your window in nearly any city anywhere on this earth right now you’re looking at a male city. Although female influences can be felt, it is so limited in scope that we have never truly had a women-led city in all that time.

Women believe in co-creation of this environment. The community is the expert, and if we’re to ensure that our cities are meeting the needs of its citizens it is imperative to have these people at the table. Beyond this, we believe in collaborating across disciplines to find the best solution to the problem rather than competing as has been the norm in male-dominated urbanism fields until now.

That’s not to say that men cannot or should not be involved, or even leading the creation of our cities. But without the input of a dramatically different set of experiences into the urban conversation we cannot hope to tackle these challenges in a realistic – or equitable – way. 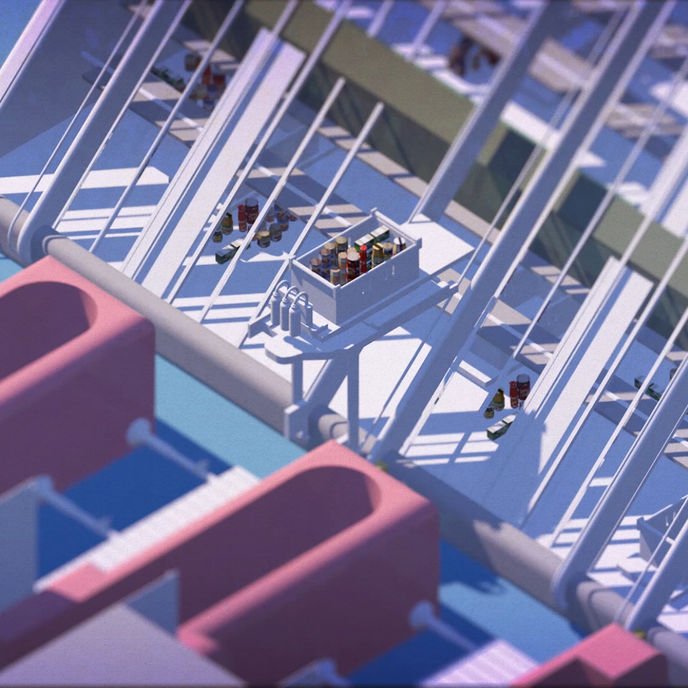