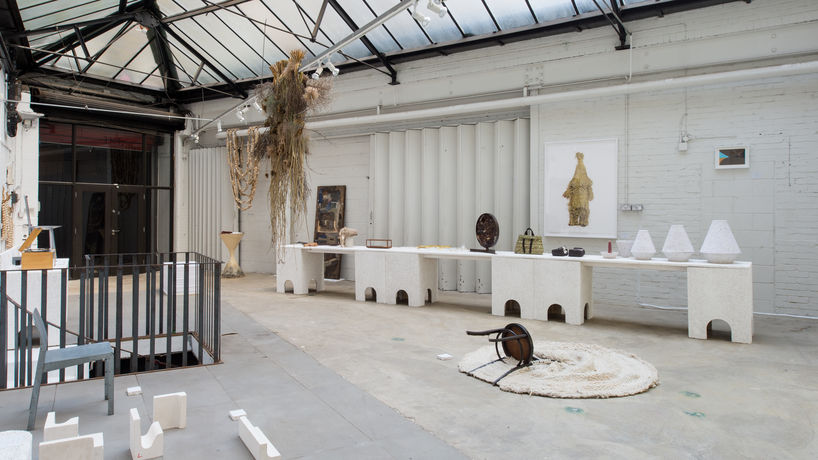 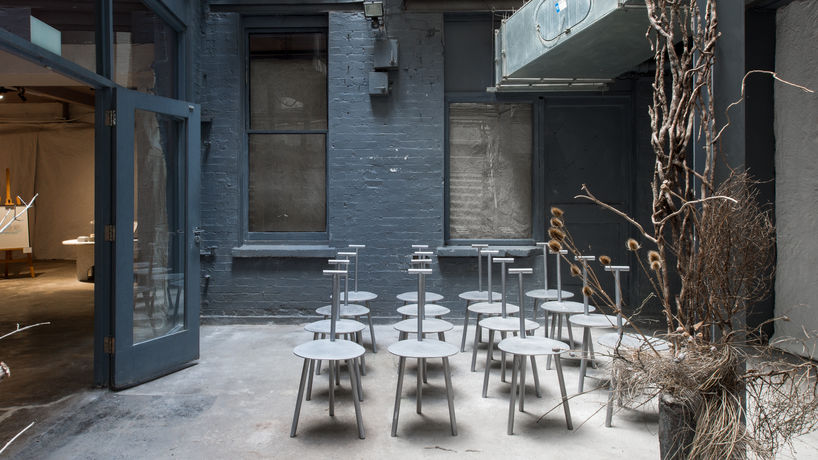 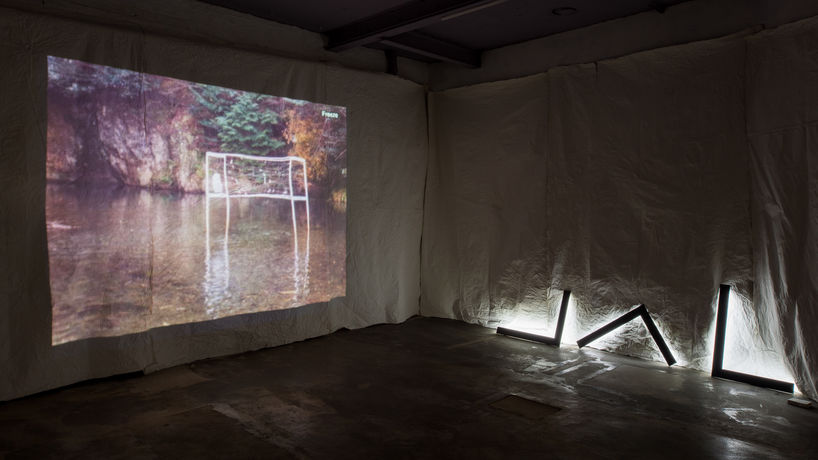 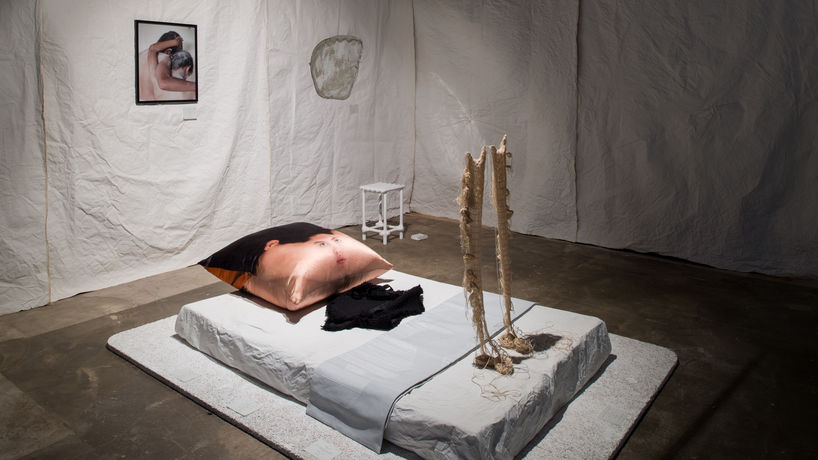 London – Designer Faye Toogood has invited 50 creatives to take part in The Trade Show for London Design Festival. Themed around the idea of artists sustaining themselves through bartering, the exhibition’s name is a reference to the concept of trading as well as the design trade at large.

The collection includes an assortment of furniture pieces including Toogood’s own Spade Chair and Max Lamb’s Splatter Stool, as well as photography and art works such as Rolf Sachs’ Sisyphus sculpture, a spade with a hole in it.

Food designers Arabeschi di Latte have created a site-specific installation that re-interprets folk art superstitions to bring healing energies to the show, offering incense, dreamcatchers and holy water-inspired cocktails. See our Post-Faith design direction for more on how designers are embracing religious iconography in their work.

Jersey owners scan their garment’s smart tag using an app to unlock game highlights, scores, statistics and player information, as well as shareable images and GIFs. The jersey is part of a partnership between the NBA and Nike, which has replaced adidas as the league’s official uniform outfitter.

As LS:N Global explored in our Gateway Garments microtrend, companies are developing smart garments that enable consumers to feel part of a brand’s world in a way that does not feel gimmicky.

India – Tez is a new financial app that enables Indian consumers to pay through their smartphones. Created by Google, the app responds to the tendency in India to pay in cash despite there being more than 300m smartphone users in the country.

The in-app Cash Mode enables users to pay while in-store without the need to exchange personal information, instead using Audio QR technology – similar to QR codes – to allow the payment to be made anonymously and securely. Users can also use their phone contacts to pay people they already know rather than inputting and saving their bank details.

The Global Survey on Internet Security and Trust 2017 found that Indian consumers showed a greater interest in mobile payment methods (86%) than the average across all countries (57%), as consumers have bypassed e-commerce and moved straight to m-commerce. See our Mobile Money microtrend for more on digital spending.

When I Worry About Things by BBC Teach, UK

UK – The BBC has launched a short film series as part of its educational hub BBC Teach to help teachers communicate the topic of mental health to primary school students. When I Worry About Things explores obsessive compulsive disorder (OCD) and depression, panic attacks, eating disorders and bullying from the perspective of both a bully and a victim of bullying.

The short films, which feature animation and personal testimonies from children, are designed to empower teachers to help youngsters become aware of these issues from an early age.

‘This collection has been created with guidance from clinical psychologists and is designed to support teachers in introducing a potentially challenging subject,’ says Andrew Tomlinson, executive producer at BBC Teach.

A new report from Mintel has found that champagne sales in the UK fell significantly in 2016, due in part to the weaker pound following the Brexit vote. In the run-up to the General Election, LS:N Global explored the effect that Brexit will have on consumer behaviour in our film An Uncertain Future.

Foresight editor Steve Tooze explores how Uber’s exit from the capital could open up many opportunities, but not necessarily for London’s traditional taxi service.

Uber’s fall from grace has gathered pace following Transport for London’s announcement that it will not issue a new operating licence to Uber when its current one expires on 30 September, potentially leaving 40,000 drivers without employment.

A howl of shock greeted the announcement on Friday as Millennials gathered on Twitter to mourn the potential demise of the ride-hailing app that has made getting around affordable and user-friendly. Many have been quick to point the finger of blame at black cab drivers, whose livelihood has long been threatened by the ubiquity of Uber in the capital.

But if Uber fails in its efforts to overturn the ban, and London’s black cab community fails to radically rethink its pricing structure, user experience and customer service ethos, both may find themselves consigned to the dustbin of history. 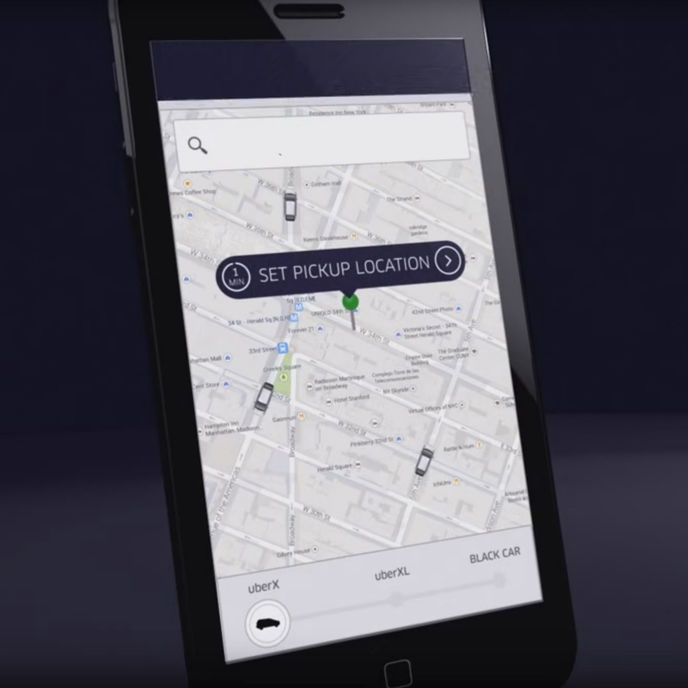