6. Thought-starter: Has Apple missed an opportunity for real change with the new iPhone X?

UK – The e-commerce brand ASOS, set soon to overtake high-street stalwart Marks & Spencer in value, has launched its own beauty brand, Go Play, which focuses on self-expression rather than gender.

Alongside its own cosmetics collection, ASOS is also launching a new online category, Face + Body, which collects more than 6,000 products from over 100 brands into one place. Targeted at a Millennial audience, the new Face + Body campaign features 20something women and men using brightly coloured make-up as ‘an opportunity to experiment and play’.

The rise of gender-neutral make-up within the Teen Beauty Market was first noted by LS:N Global in 2016, with brands such as Milk spearheading the way as early innovators. The introduction of ASOS Go Play marks the evolution of this trend towards a more mainstream market. 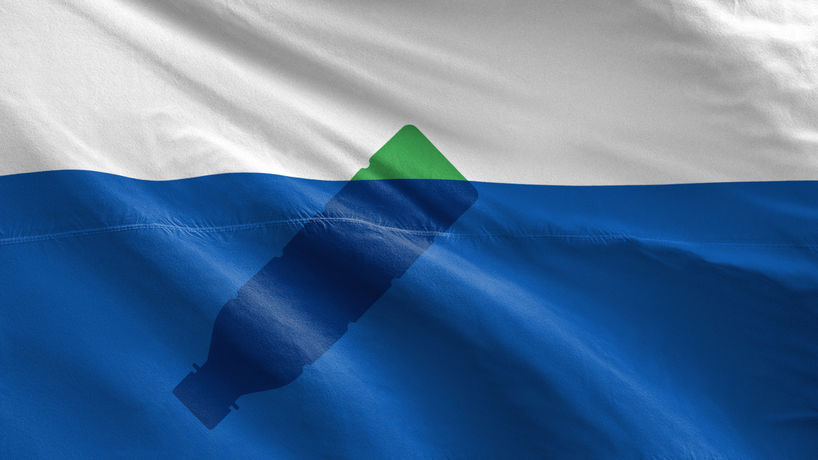 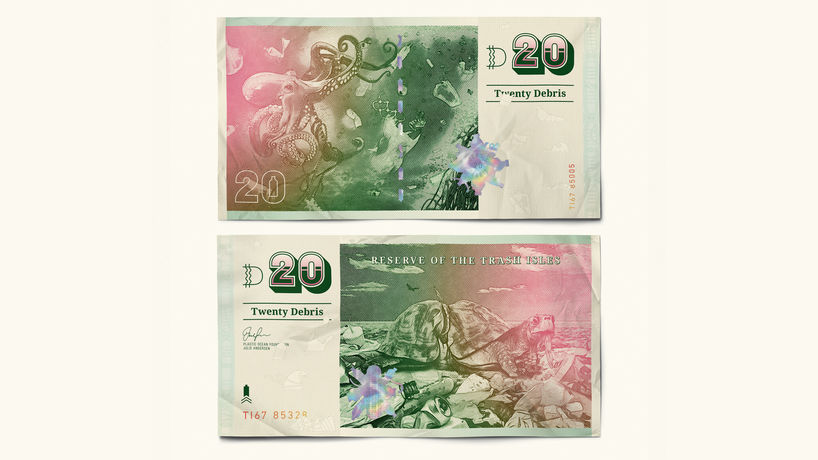 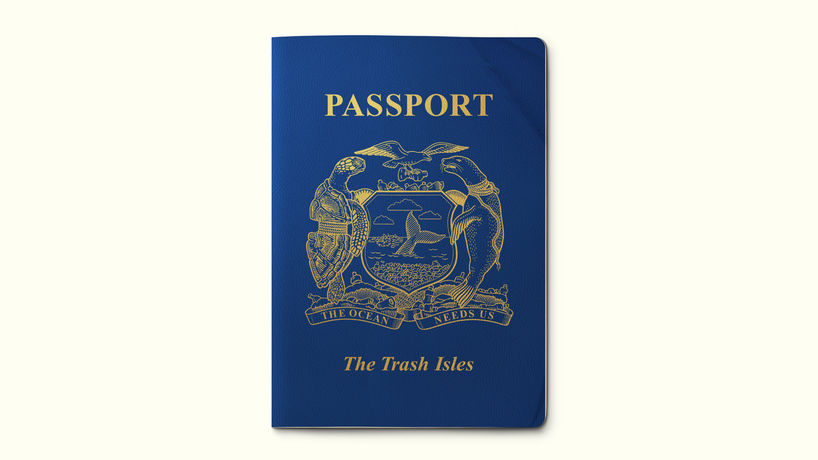 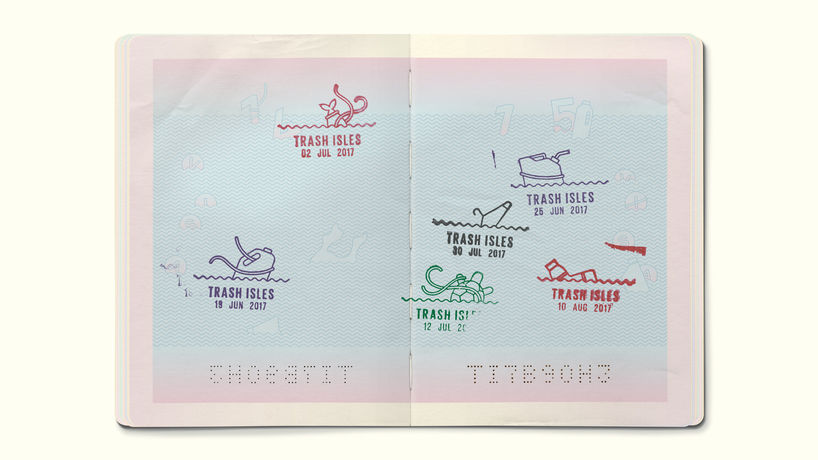 Global – LadBible is helping to raise awareness of the collection of floating plastic rubbish that is accumulating in the northern Pacific Ocean, creating what has been dubbed a Trash Isle. The media platform is working with Plastic Oceans Foundation, a global network of charitable organisations, and London-based designer Mario Kerkstra to create a national identity for the pile of rubbish, which includes a passport, a currency called Debris and a set of printed stamps.

An online petition will lobby the UN to recognise Trash Isle as an official country, forcing nations around the world to assist in clearing up the plastic pollution under UN environmental law. For more on how brands are tailoring their thinking to become more sustainably minded, download our free Sustainability Summit Report here.

US – The technology start-up Speakable has launched a new plug-in that enables media outlets to add a Contact your Representative option to the end of news stories. Speakable provides brands with code that adds a call, email and tweet feature to the bottom of their website, which uses location recognition to link users to their local representatives.

‘People are really engaging with political content,’ Jordan Hewson, Speakable founder, told TechCrunch. ‘We wanted to provide something that could be an agnostic tool of empowerment for readers, whether they’re on the left or the right.’

Earlier this year, the Standard hotel introduced a public telephone booth that operated along a similar premise, allowing passers-by to contact congressional staff members to voice their opinions on topical issues. For more, see our News report. 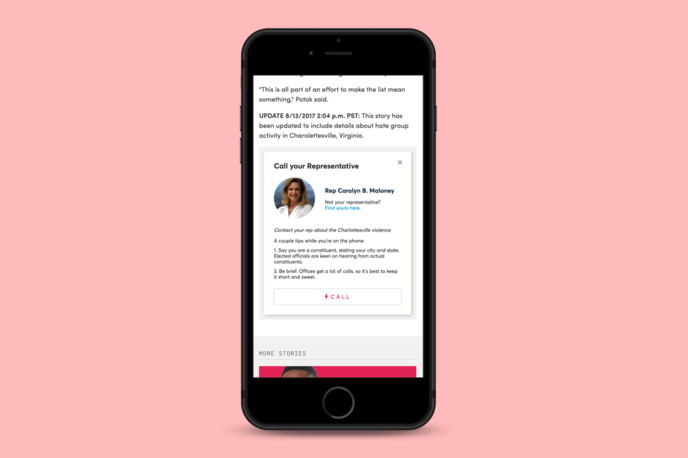 UK – The environmental lobby group ClientEarth has launched its Poisoned Playground campaign to provide information on the toxicity of schools’ outdoor spaces. The company’s website enables users to enter a postcode from anywhere in the UK, which pulls up a map of the area. Each school is represented by a black dot, which can be clicked on to reveal to the reader how far the child’s school is from a road that exceeds legal pollution levels.

An accompanying tv ad shows children having to put on gas masks to play outside. It highlights research by ClientEarth that indicates that more than 950 schools nationwide are located close to roads that suffer from levels of pollution that exceed legal limits, exposing children to health risks such as asthma and other respiratory diseases. For more on the impact that pollution is having on consumers’ everyday lives, see our Smog Life Series.

A new study by the Social Market Foundation think tank shows that Britain is falling behind its European counterparts in security because of the government’s failure to digitise citizens’ passports and driving licences. The organisation suggests that if this is not rectified and current levels of identity fraud persist, there will be 1.5m fraud cases in the UK between 2010 and 2020. As explored in our Digital Citizens microtrend, future-thinking brands are demonstrating how digital technologies such as blockchain can be employed to ensure data is secure.

6. Thought-starter: Has Apple missed an opportunity for real change with the new iPhone X?

Far from being a celebration of the transformative impact of the iPhone over the past decade, senior journalist Peter Maxwell believes the X is the most pointless version yet.

Last weekend executives in Cupertino were furious when many of the forthcoming iPhone’s new features were leaked, but they need not have worried. The secrets revealed were of little note. An edge-to-edge OLED display is very nice to have, but doesn’t offer users any new functionality. Embedded facial recognition technology – present in order to facilitate the aforementioned display without interruption – provides consumers with a modicum of efficiency in exchange for a mountain of identity theft-related anxiety.

What would have represented real change would have been the inclusion of some basic adaptations to the iPhone, such as the ability for users to change the battery or a port that would enable them to expand the memory. These omissions mean that, for all the experiential benefits the iPhone pioneered, its lasting legacy continues to be the ecological cost of mass-producing such resource-heavy, obsolescence-friendly devices. So people for whom the iPhone has been the most transformative, those living in areas affected by rare mineral-mining, will probably never be able to afford the X’s $1,000+ price tag. 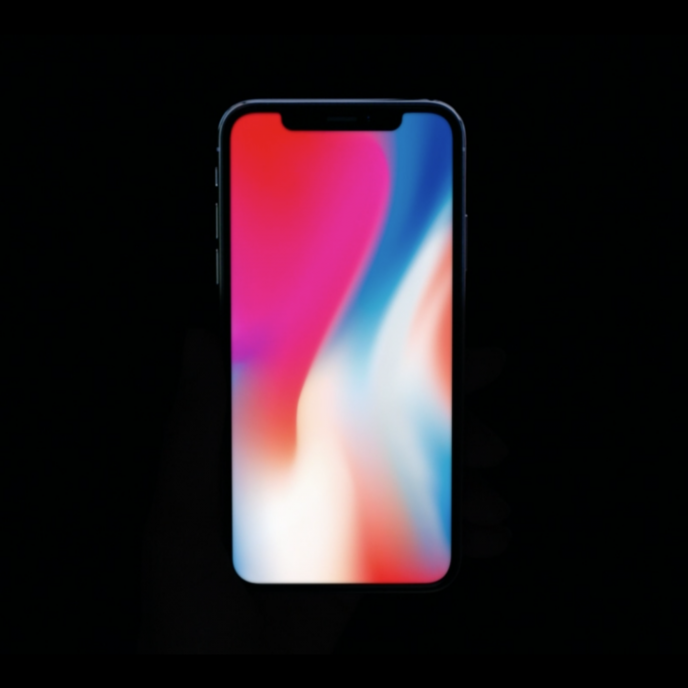