Get a Job by Mercedes-Benz and Antoni, Stuttgart

Stuttgart – Mercedes-Benz is rewriting the rules of growing up with a year-long campaign targeted at Millennials.

Promoting its compact car models, the Grow Up campaign was conceived by European agency Antoni and marks the most extensive content-creation campaign in the history of the brand. The initial five short films each rewrite a different life lesson, including get a job, start a family and be a good parent, in order to reach a generation caught between adolescence and adulthood.

Get a Job features rapper A$AP Rocky as he reflects on his non-conformist career choices. In Be a Good Parent, parenting is put under the microscope as the story follows a father and son who reconnect after facing difficulties in their relationship. By intentionally contradicting the rules, Mercedes-Benz recognises that as Millennials delay buying a car, they are taking longer to become an adult.

‘Grow Up is much more than a major campaign about the model series,’ says Dr Jens Thiemer, vice-president of marketing communications for Mercedes-Benz Cars, in a statement. ‘It is a further move forward by the brand as a whole towards more modernity, progressivism and dynamism across the entire brand identity of Mercedes-Benz.’

Mercedes-Benz recognises that becoming an adult is no longer a straightforward transition. Read our Post-family Marketing microtrend for more on how brands are changing the tone in their marketing to fit in with how ideals around growing up and settling down are becoming antiquated. 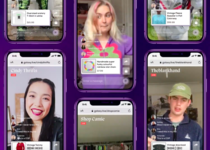 Finance : Technology : Society
Load More
You have 2 free News articles remaining. Sign up to LS:N Global to get unlimited access to all articles.
Discover Our Memberships Sign in