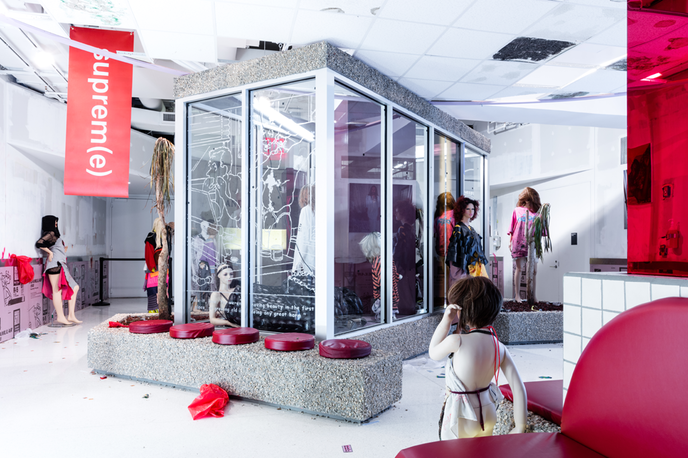 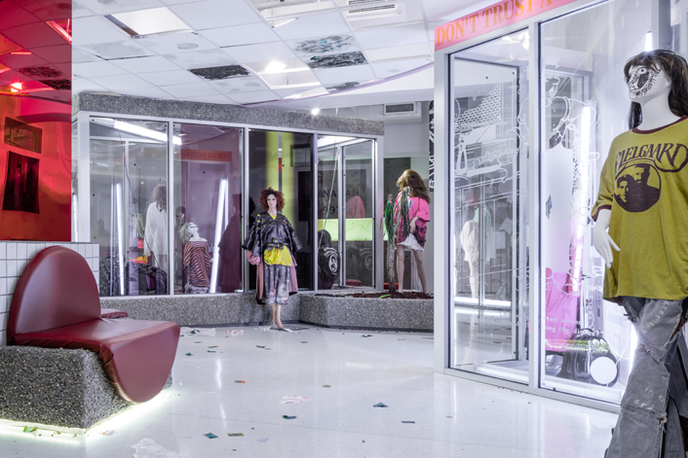 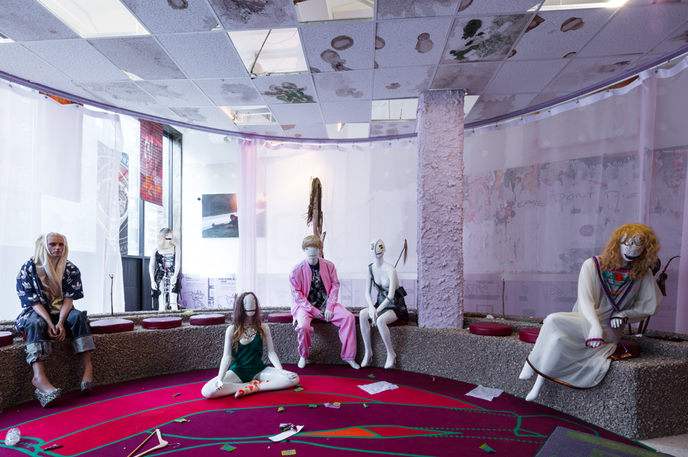 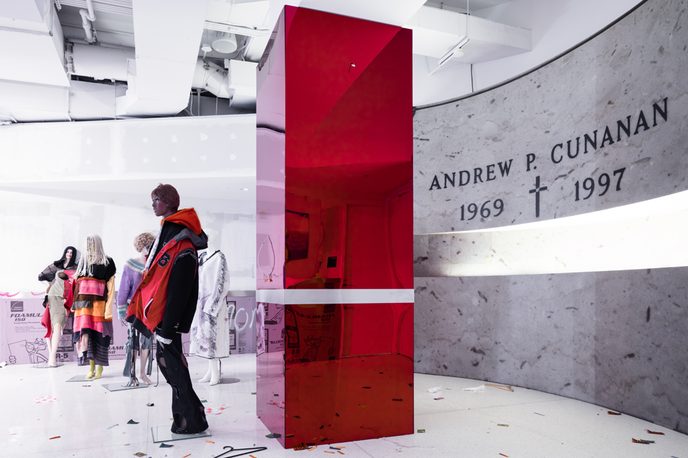 New York – Norwegian artist Bjarne Melgaard is addressing the triviality of consumerism in a large-scale exhibition.

Located on the former site of Barneys Co-op, the space was transformed by Melgaard and creative director Babak Radboy into a neglected department store. The multidisciplinary project, which coincided with New York Fashion Week, began on Valentine’s Day, when the experimental artist gave away his entire wardrobe of designer clothing in a cathartic performance that he called The Purge.

In addition to the mass giveaway, Melgaard launched a unisex capsule collection designed to expose cult streetwear as a market pretending to be a community, featuring slogans such as ‘the more you pay, the less they care’. Gallery Gavin Brown’s Enterprise became the faux department store’s jewellery department, hosting Melgaard’s recent collaboration with jeweller BJØRG.

Overall, the show, which runs until 9 April, explores the self-destructive tendencies of fashion and consumerism. ‘For Melgaard, fashion is a vague nothing at the intersection of a subject and an object… driven by an infinite cycle of disappointment and desire,’ said Red Bull Arts New York in a statement.

By placing streetwear in an unrelenting light and inducing mass hysteria among visitors hungry for free designer labels, Melgaard is indulging the Anti-luxurians who have no interest in the traditional practices of the luxury market.