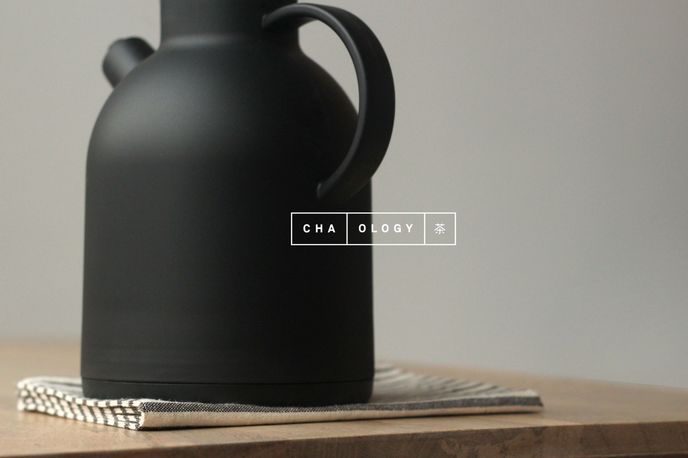 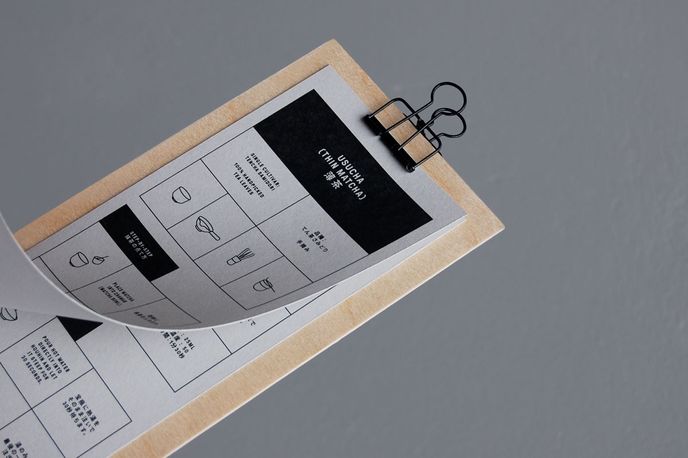 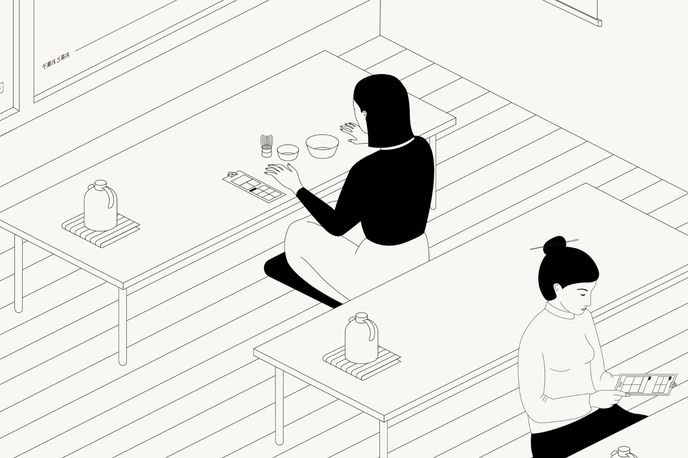 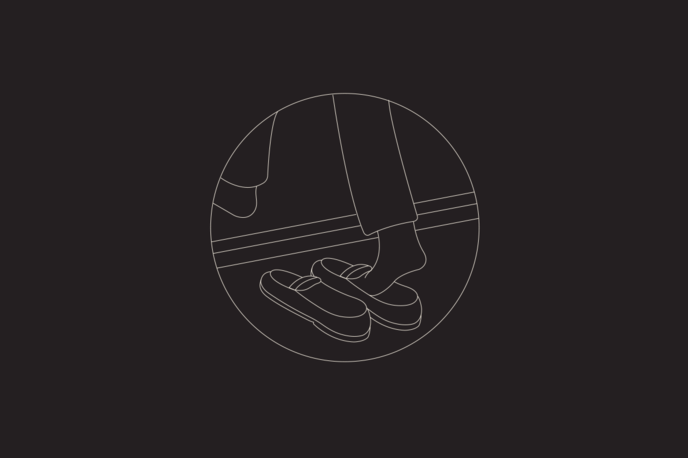 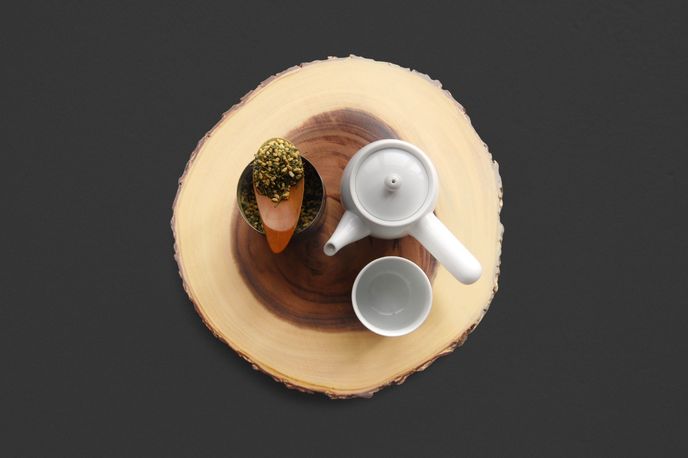 Cha.ology’s modular logo is inspired by the grid-like tatami flooring found in many traditional rooms in Japan. The word Cha.ology is split in half and placed inside different tatami blocks that can then appear in different combinations.

The menu and other aspects of the branding are also inspired by the intricate grids of tatami flooring. A series of simple, minimal icons describe the process of Japanese tea brewing to customers.

To communicate the tea house’s strict no-shoes policy, Alphabet created a series of illustrated signs that instruct English and Japanese-speaking customers to remove their shoes.

In the age of Post-language Typography, brands are increasingly using symbols and illustrations rather than the words to communicate with consumers. Read our New Bricolage Living macrotrend to find out more about bilingual environments and new writing systems.