States of Matter by House of Greenland, London

London – The Tate Modern has released an interactive video exploring the building’s past and future.

The release marks the opening of Switch House, Tate Modern’s new £260m (€328m, $366m) gallery and events space, designed by architects Herzog & de Meuron, which sits like a pyramid above the existing structure.

States of Matter, the latest project from Tate’s content team in association with Bloomberg, is an interactive video that explores the building’s industrial past, and spiritual and creative future.

Viewers can control the perspective of the film, made with production company House of Greenland, using their keyboard to switch between four narratives: liquid, solid, air and plasma.

‘Lots of people have spoken about the architecture, but it is our remit to be more experimental,’ Tate head of content, Bloomberg and special projects, Susan Doyon tells LS:N Global. ‘With the opening of Switch House, it seemed like the perfect time to create a fictional, abstract view of the building.’

Tales of heritage are leaving a bad taste in consumers’ mouths. Anti-authenticity Marketing explores how brands can talk about their past without dwelling on it and create new narratives for their audiences to enjoy. 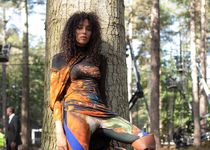 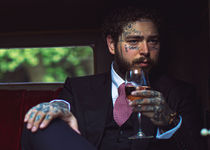 Lifestyle site Highsnobiety partners with the Newport Jazz Festival on an digital event and clothing line to...

Start-up Einride looks to transform freight mobility with their range of eco-conscious and cost-effective...

E-commerce in China continues to evolve as the adoption of live-streaming accelerates.

Travel : Hospitality : Green Cities
Load More
You have 2 free News articles remaining. Sign up to one of our membership packages from just £100 a month.
View Subscription Offers Sign in