Global – Luxury skincare brand Aesop is shining a spotlight on its most iconic stores and the designers who helped to create them. 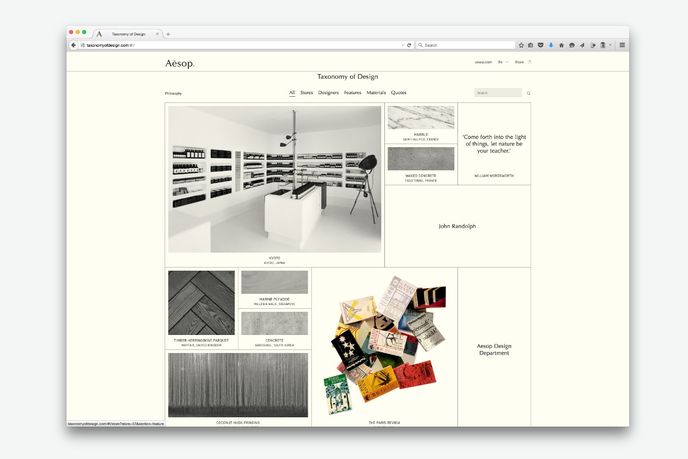 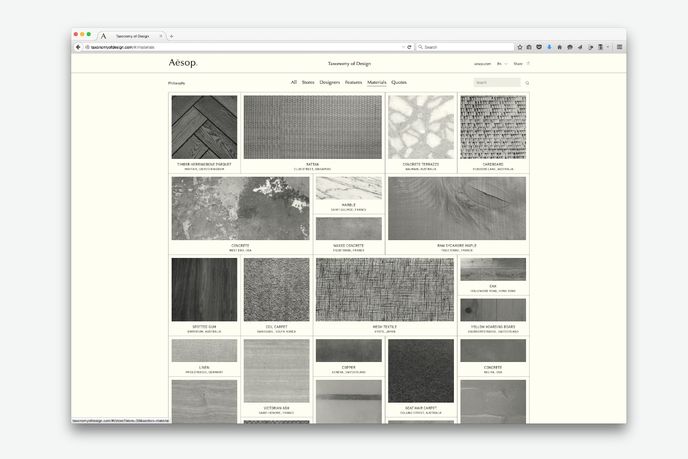 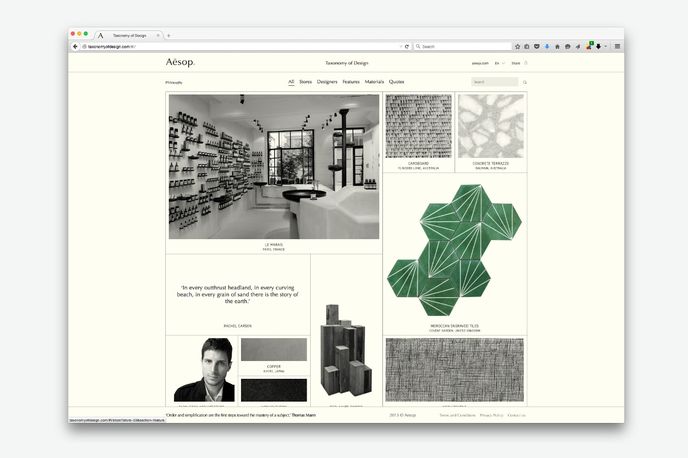 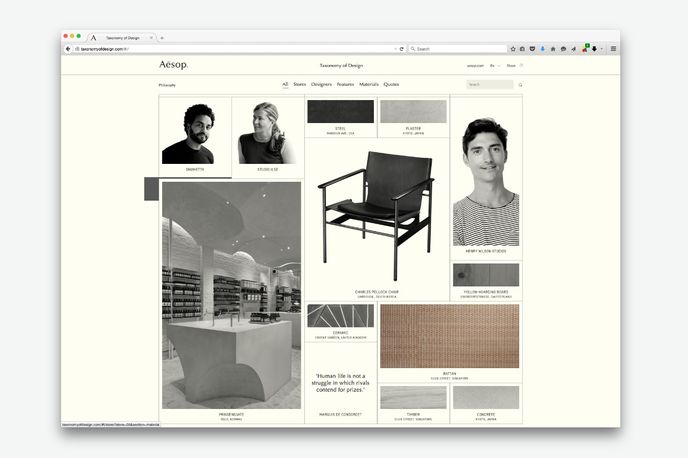 Microsite Taxonomy of Design offers comprehensive behind-the-scenes access to the work and processes of acclaimed designers including Snøhetta, StudioIlse and Henry Wilson Studio, as they revisit the spaces they helped to build.

In one example, Snøhetta architect Kai Justin Reaver talks the audience through the agency’s work behind Aesop’s Prinsensgate store in Norway, inspired by the ‘awe of nature and the spectacle of religious observance’.

Along with a detailed guide to selected stores, the site features a series of filmed interviews that focus on the creative development, approaches to materiality, and the culture and history of the neighbourhood in which each space is situated.

In the age of Anti-authenticity Marketing take provenance to the next level. Learn from US retailer Everlane’s example and adopt a radically transparent approach to communication.