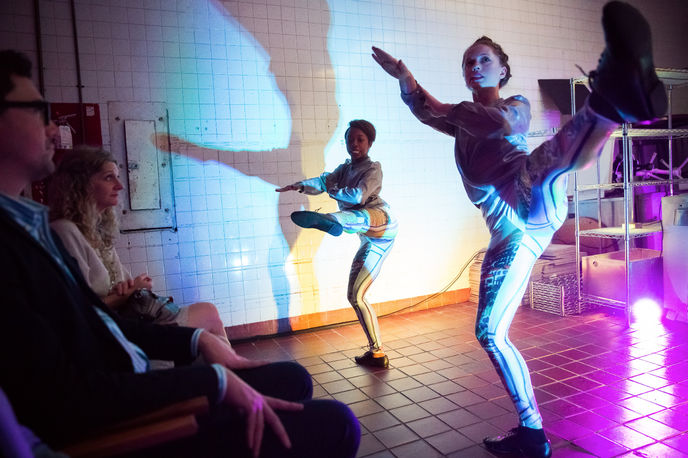 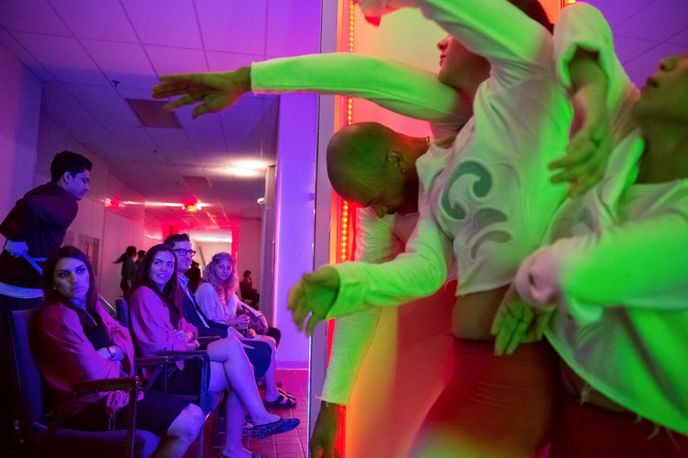 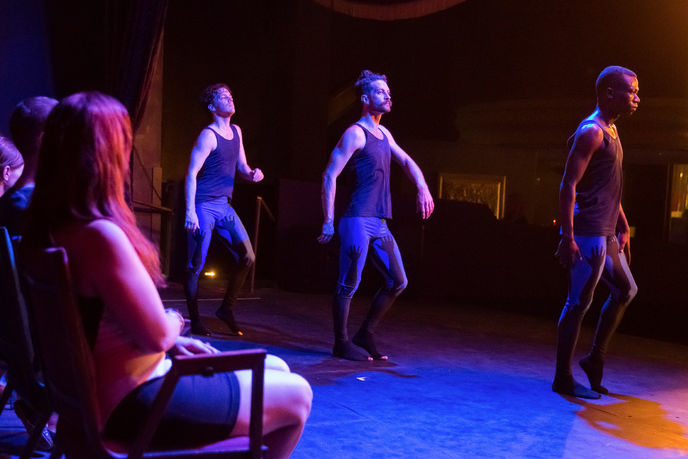 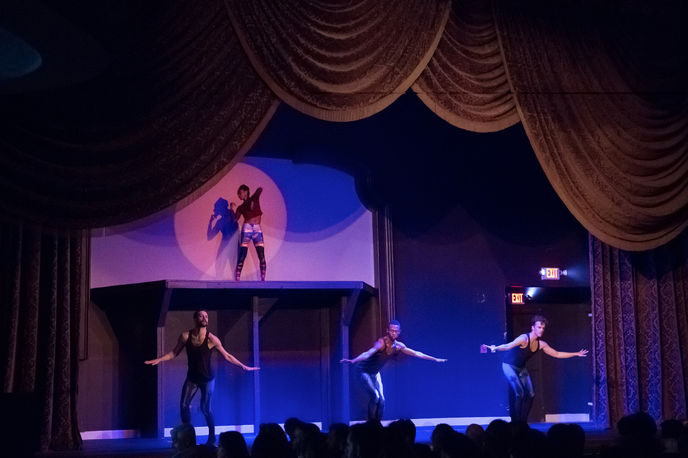 MEEM: A Story Ballet About the Internet examines our consumption of the digital world and how we process and share the constant stream of information from the internet. McNamara’s choreography translated the web surfing experience with dramatic, exaggerated movements performed by dancers wearing brightly patterned costumes.

Every seat was integral to the performance as chairs were hoisted from one room to another to catch glimpses of various dance performances, connected by the music, which ranged from film soundtracks to pop tunes and a bit of classical, often fused together like an endless stream of YouTube vignettes.

The piece was first staged as part of Performa 13, the biennale hosted by curator RoseLee Goldberg in New York, and featured 13 dancers in a small performance space. The updated version was expanded for the Miami audiences with 28 performers dancing in a large space that was once the site of Hugh Hefner’s Playboy theatre.

The internet has been the greatest contributor to change in our society in recent years. For more on how it has affected our identities, see The Sharded Self macrotrend.

Finance : Society : Money
Load More
You have 1 free News articles remaining. Sign up to one of our membership packages from just £100 a month.
View Subscription Offers Sign in