Miami – Dutch jewellery designer Ted Noten unveiled his first piece of furniture at Design Miami/ as part of the Ted’s House presentation in which Noten created a portrait of himself as an artist. 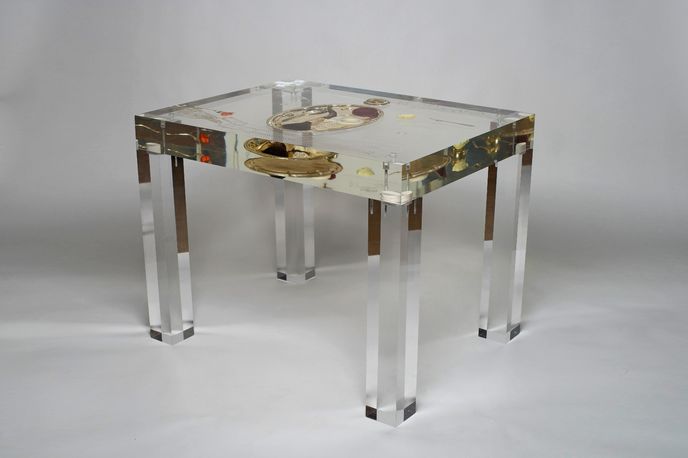 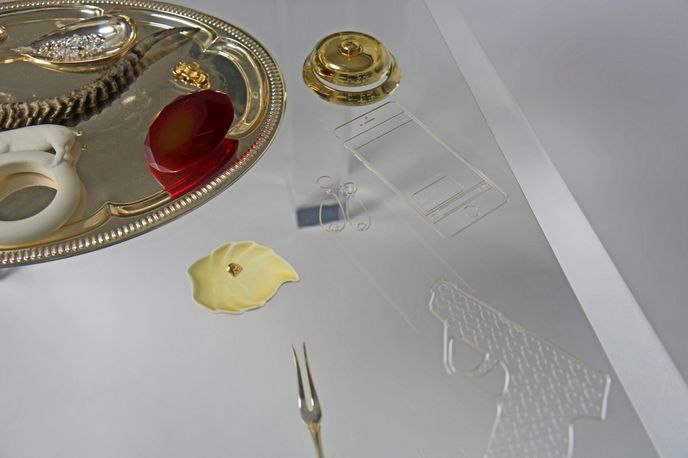 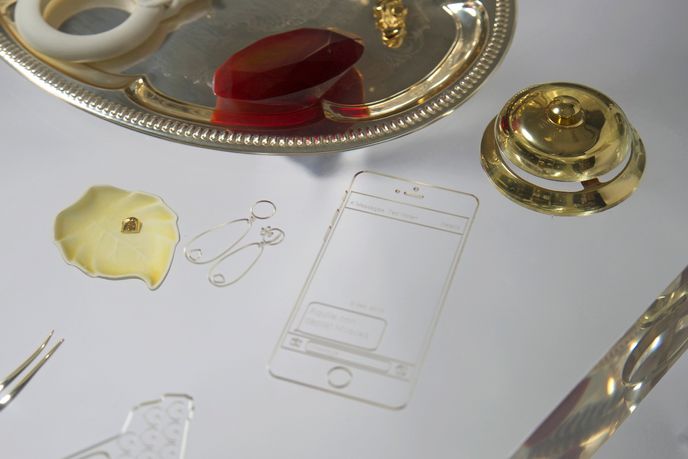 The table was the centrepiece of Ted’s House, which measured just over nine square metres inside the booth of New York gallery Ornamentum.

Conversation Table was a nod to Noten’s previous work. The acrylic table featured etchings from the mundane such as an iPhone to the controversial including a handgun and a large rifle that spanned the length of the table. On top of the table was a silver tray with pieces from his previous collections such as the Pig bracelet and Design Icon Ring, which sat alongside a pearl necklace and a vintage hairbrush.

Ted’s House also included some of his infamous handbags that sat around the perimeter of the structure, as well as new works that were strategically placed in and around the house.