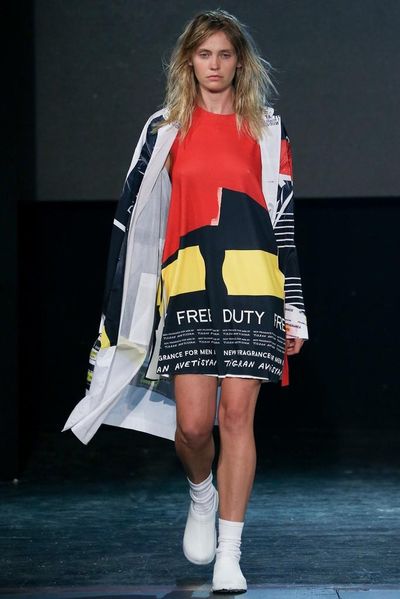 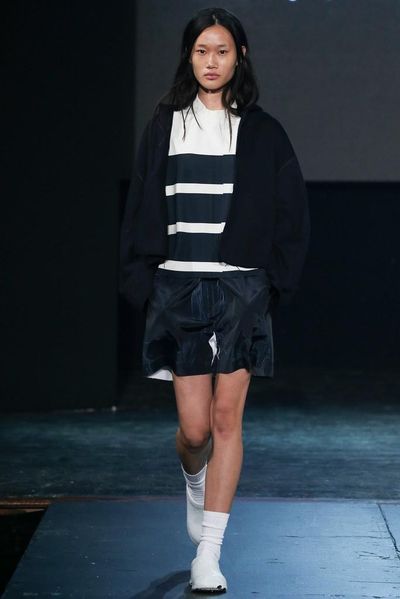 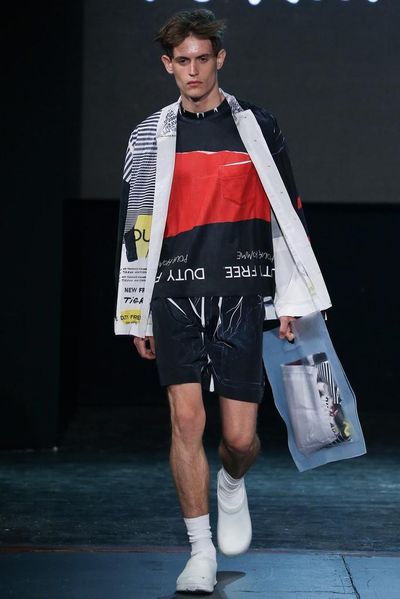 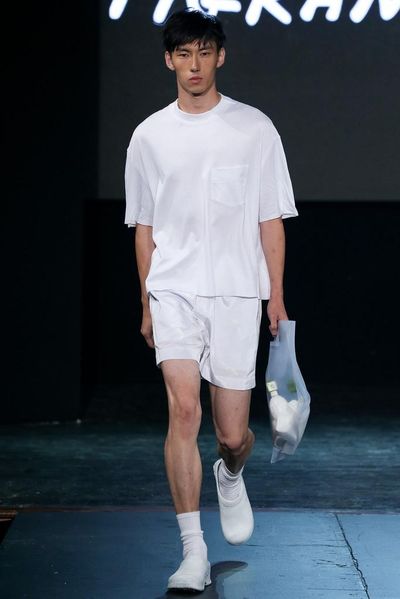 VFiles chose the designers in part through a crowdsourced voting process. They represented global fashion markets, both emerging and established – Russia, South Korea and Japan.

Russian designer and Central Saint Martins graduate Tigran Avestiyan was the first to display his work, which was inspired by five fragrance bottles that he bought in airport duty-free shops. Dresses and jackets were emblazoned with bold primary colours and the phrase ‘duty free’, while models carried a clear plastic bag holding a bottle that Avestiyan had fused together from all five fragrances. The fabric itself had a crinkly sheen like plastic shopping bags.

Avestiyan’s work was the strongest and most pertinent to the overall context of the show, a New York event featuring overseas designers. The global capitalist space represented by the duty-free shop ties this international creative community together. But it also raises ethical dilemmas, as suggested by the fragmented bottles and the phrase ‘duty free’.

The collection represented a darker side of the capitalist kitsch that LS:N Global describes in our Iconoclash design direction. 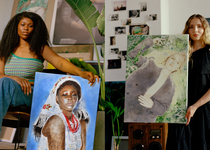 Despite living under an ultra-conservative government, Polish youth are... 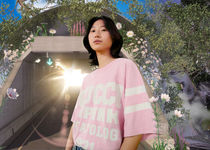 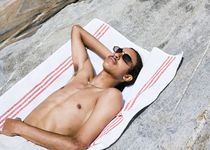 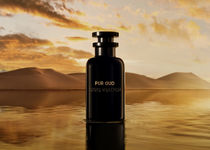 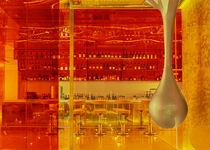 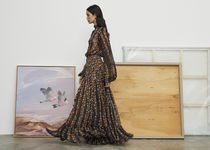 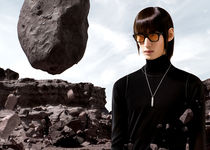 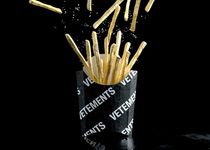 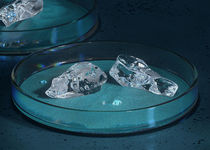 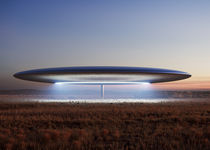 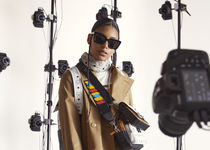 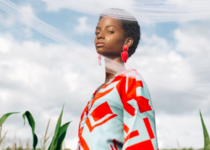 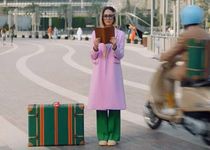 This sustainability coalition is future-proofing wineries:

The global wine community is uniting to accelerate sustainability efforts in the sector.

Botanical beverage brand Amass is embracing the benefits of cannabis infusions with the launch of its latest...

The Campaign Against Living Miserably (CALM) charity is unveiling a rebranded identity to cut through the...

With hard seltzers proving to be a popular category in the US drinks market, a study by Veylinx finds that...

On the back of its acquisition of delivery service Postmates, the ride-sharing app will begin offering...

Children’s fairytales are being rewritten for resilience:

With Generation Z audiences redefining luxury, the online fashion retailer is reaching this group with its...

Stat: Right-wing US citizens are less responsive to climate change:

Across the globe, people on the left of the political spectrum are generally more open than those on the...

The social media platform is diversifying its offering by moving into the radio space.

Seeking to connect with new audiences, clothing retailer Hollister is launching a long-term programme to...

With many schools forced to close during outbreaks of Covid-19, there is growing evidence that children in...

The luxury brand is making a foray into the entertainment commerce space with the launch of its own...

Swiss designer and architect Fabien Roy is responding to the unique challenge of creating safe new-born...

Across the world, livestock farms are responsible for a worrying level of carbon emissions – and are...

The retail giant, together with college Georgia Tech and rapper Pharrell William’s non-profit Yellow, is...

The wine brand is repositioning cask wine through sophisticated branding and eco-conscious messaging.