US – Google Creative Lab has created a Chrome Experiment, A Spacecraft for All, that visualises the 36-year journey of the spacecraft ISEE-3. 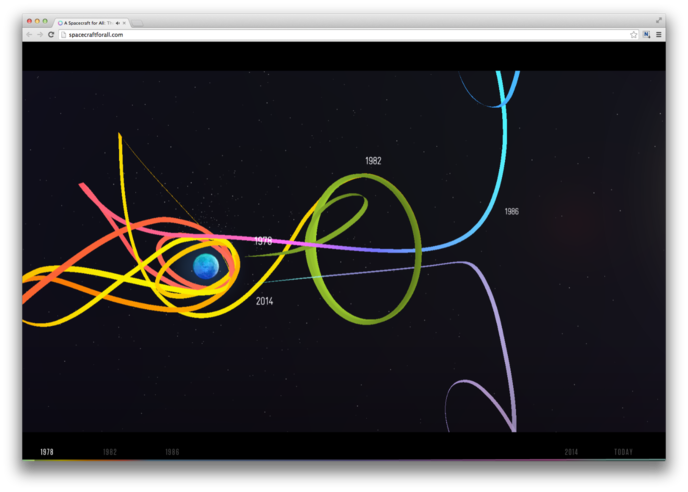 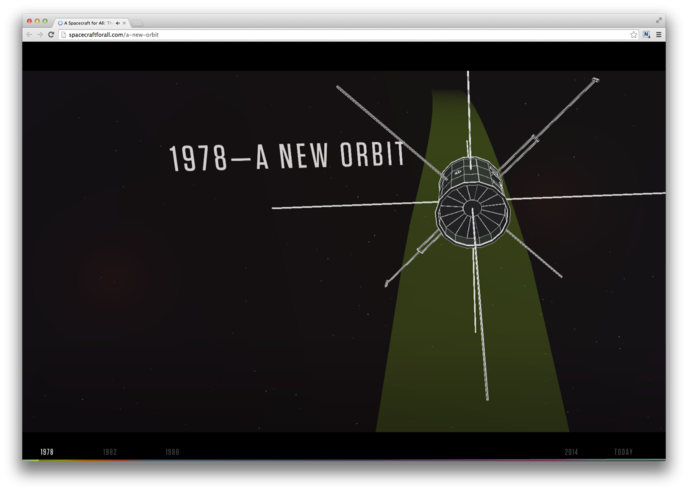 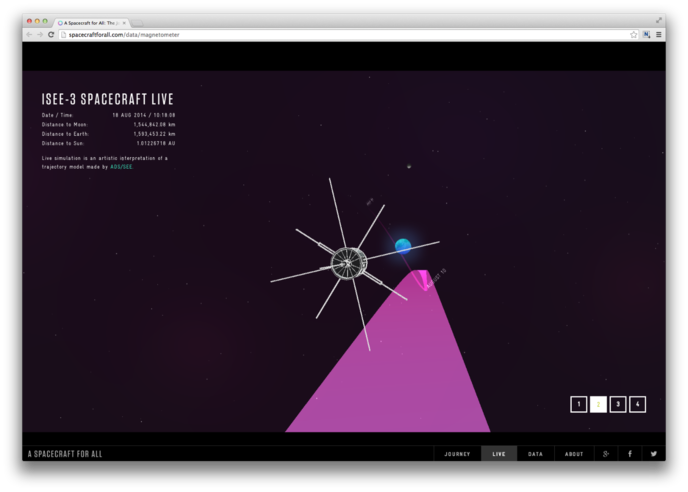 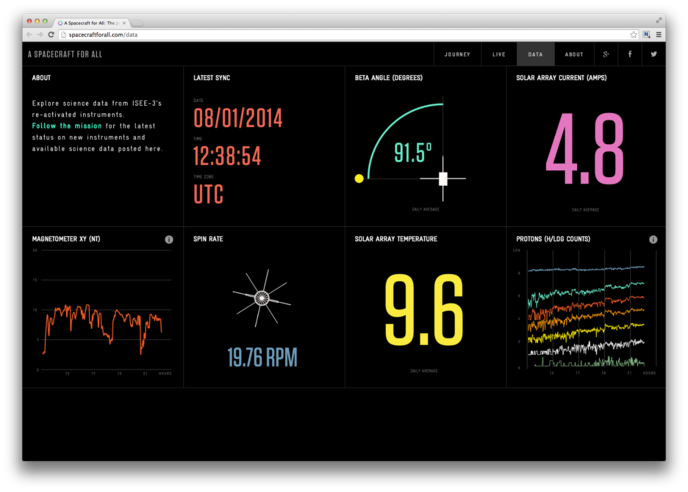 ISEE-3 was launched to orbit the earth in 1978 to gather information about the planet’s magnetic fields. It was decommissioned by NASA in 1997 and has since floated around space, a piece of cosmic junk, until this year, when a group of scientists started a crowdfunding campaign to reboot the spacecraft.

Successfully funded through Citizen Science, we are now back in touch with ISEE-3 and Google Creative Lab has created an interactive site to visualise the story of its journey and where it is today.

The website is a way to pass down complex astronomical information and data, to make it accessible to the everyday consumer interested in space. Rather than boring videos and statistics, A Spacecraft for All is a beautifully designed site that makes abstract concepts understandable.

For more on how science is being embraced by the non-scientific crowd, read our Re-enlightenment Rising macrotrend.