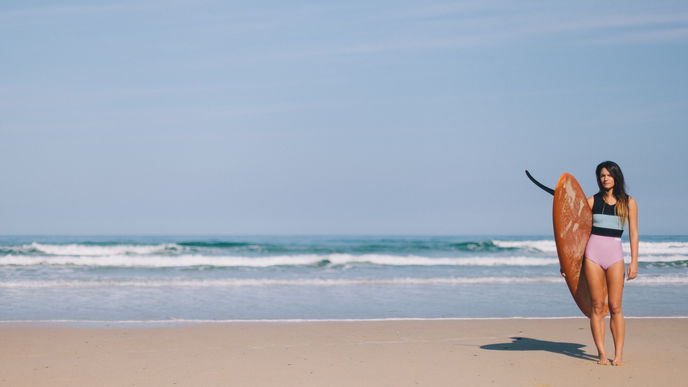 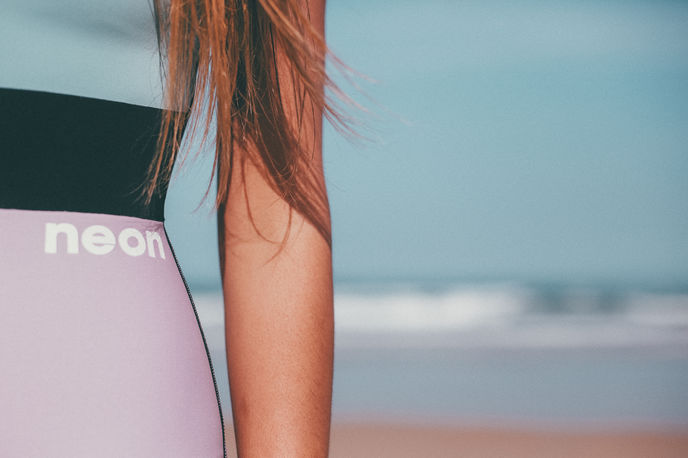 Originally, founder Elsie Pinniger was looking for a wetsuit for herself, but found all the gear marketed towards women was too traditionally girly.

‘The women’s wetsuit market was very stagnant for a long time,’ Pinniger tells LS:N Global. ‘Designers were men putting pink or blue flowers on men’s suits. It was very much aimed at the teenage market, so I created what I wanted to wear.’

From creating her own personalised wetsuit, Pinniger went on to start the unisex Neon Wetsuits, which creates bespoke suits to order. Users can go onto their website and choose from a range of 15 styles and numerous colour combinations to design their own neoprene outfit. It is then hand-cut and stitched in Newquay.

Surfwear is moving beyond the Southern Californian cliché, and embracing a stylised aesthetic suitable for adventurous urbanites who like to break out their board on the weekend. Neon Wetsuits is the perfect brand for those encapsulated in our City Surf microtrend.