On the fly: Nike weaves its magic in Shanghai

Shanghai – To promote the global launch of its new shoe, made through an innovative Flyknit construction technique, Nike China hoisted three men above an advertising hoarding to seemingly knit a billboard-size version of the shoe for the whole city to see. 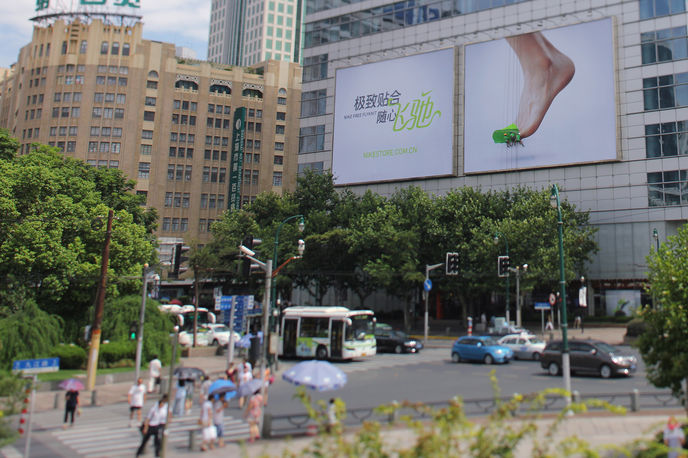 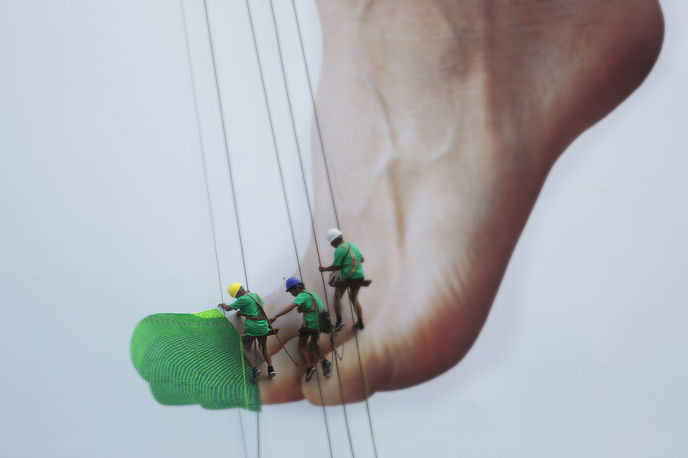 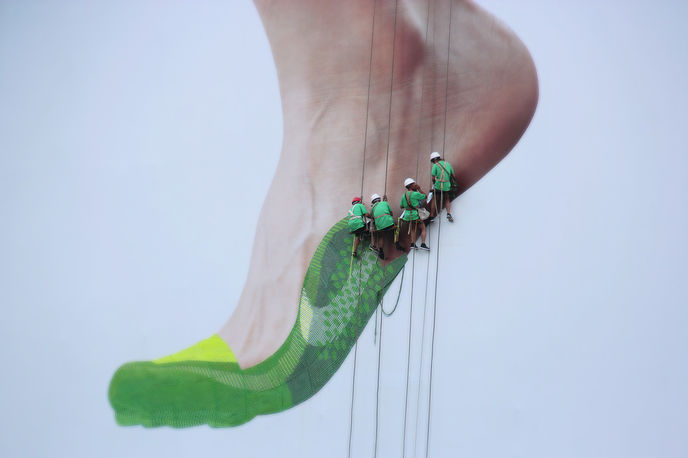 The Nike Free Flyknit is made in such as way that it wraps around the wearer’s foot, almost like a sock. In the marketing stunt, by Wieden + Kennedy’s Shanghai branch, workers appeared to knit the material onto a poster to emphasise its flexible quality. The men, all wearing Nike gear, attached adhesive-backed panels to the billboard and then weaved them together to enhance the effect.

The live advertising performance occurred over a busy street in Shanghai, with the Nike flagship store as the backdrop. Like Faction Marketing, in which brands blur fantasy and fiction, the Nike stunt brings a sense of retail theatre and Conviviality Culture to an urban environment.