Moscow – Nobu], one of the world’s most well-known restaurant brands, has opened its doors in Russia. But rather than imposing the same _oshibako_-mould experience available to Nobu diners in Hong Kong, Los Angeles, Honolulu or Melbourne, the new restaurant will promote local produce and dishes, with a view to selling them in other Nobu branches around the world. ‘I will be incorporating local ingredients in my cooking, and hope to create a signature dish from Moscow to introduce to my restaurants worldwide,’ says owner and executive chef Nobu Matsuhisa.

Designed by New York-based Rockwell Group, Nobu Moscow has an oceanic theme, with mother-of-pearl accents, sea urchin-inspired chandeliers and curvilinear walnut walls that mimic the shape of an ocean wave – one, we assume developers hope, that will wash away the woes of the economic crisis. 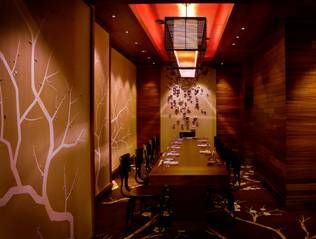 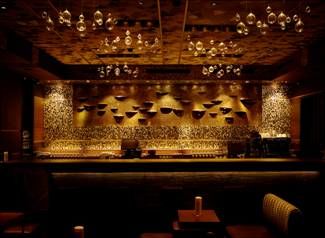 Media : Entertainment : Radio
Load More
You have 2 free News articles remaining. Sign up to one of our membership packages from just £100 a month.
View Subscription Offers Sign in