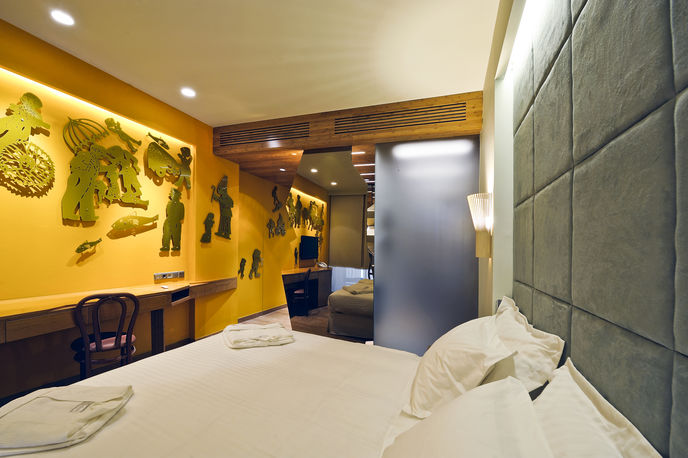 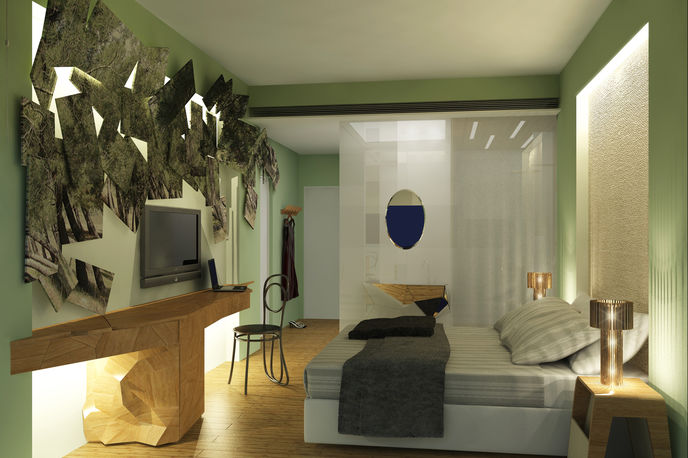 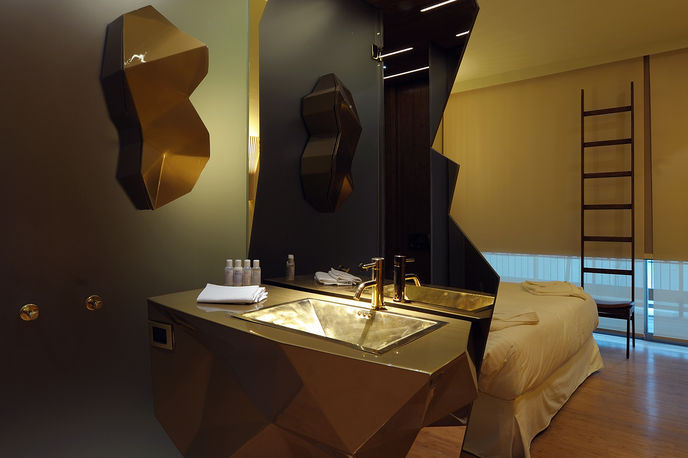 Athens – The Olympic Palace Hotel has been refurbished and renamed the New Hotel, and Brazilian designers Humberto and Fernando Campana have re-used objects from the original hotel when creating its interior.

The interior places the doors, chairs and other found objects from the Olympic Palace Hotel in new contexts, incorporating them into the more contemporary design aesthetic.

‘The old Olympic Palace Hotel is one of the city’s best examples of modernist architecture. After being painstakingly pulled apart and rebuilt on its original site, it is become a piece of living art,’ says Anja Voparil of boutique hotel experts Design Hotels. ‘Thanks to the Campana brothers’ concept of radical renovation – re-using objects from the old Olympic Palace Hotel and integrating them in the New Hotel interior – the former hotel lives on.’

Using the old features of the Olympic Palace Hotel, the designers have created an interior that is in touch with the hotel’s heritage. The re-use of old materials is also more environmentally sound than using newly manufactured pieces.

For more about how brands are tapping into a sense of heritage to become more appealing, read our Rebuilt Heritage micro trend.