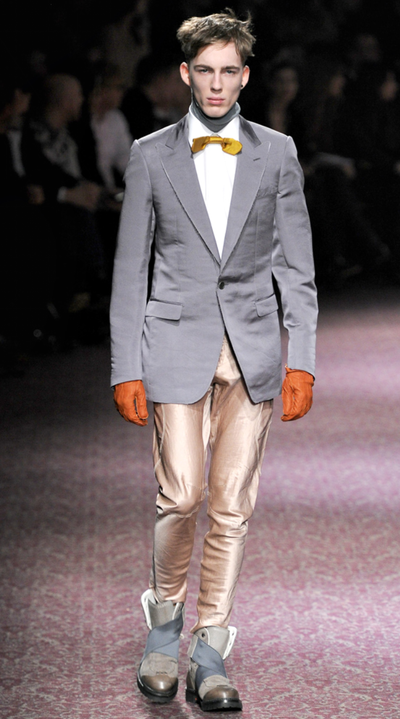 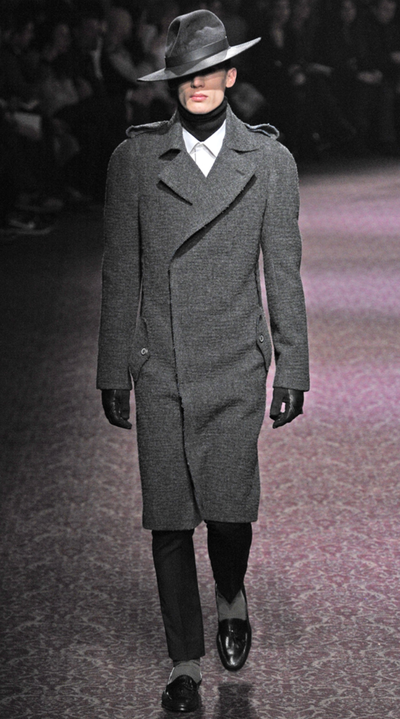 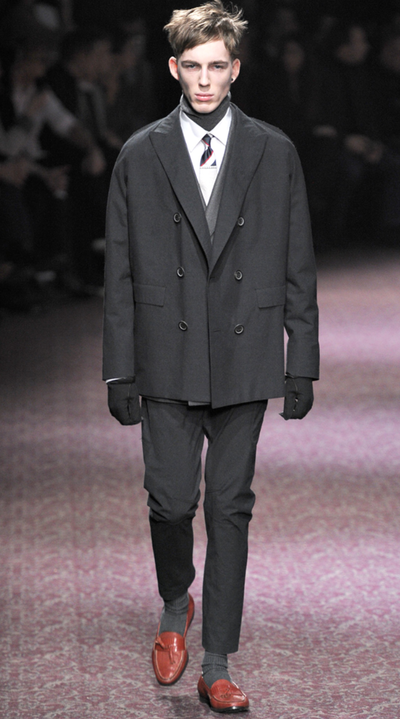 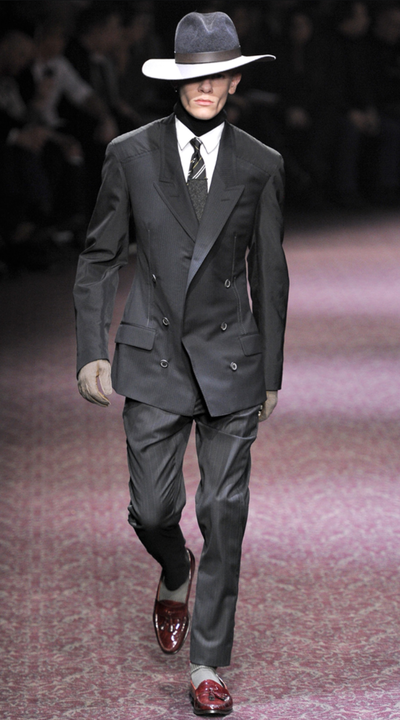 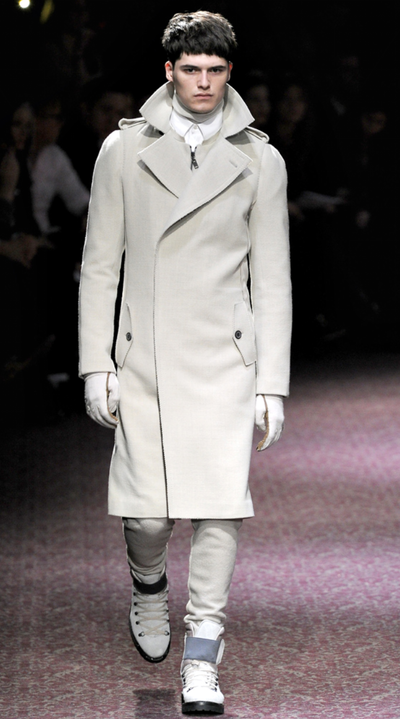 Lucas Ossendrijver, the label’s menswear designer, said the collection was about ‘surreal and subversive’ inspirations where tailoring from an old world of the 30s combined with modern sportswear of the 00s – a juxtaposition for which the brand has become well known.