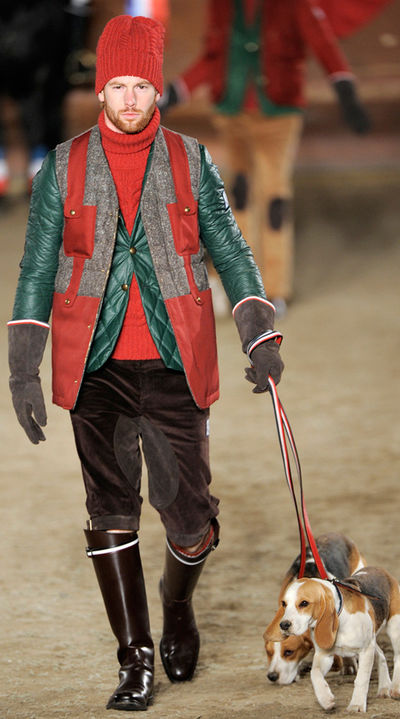 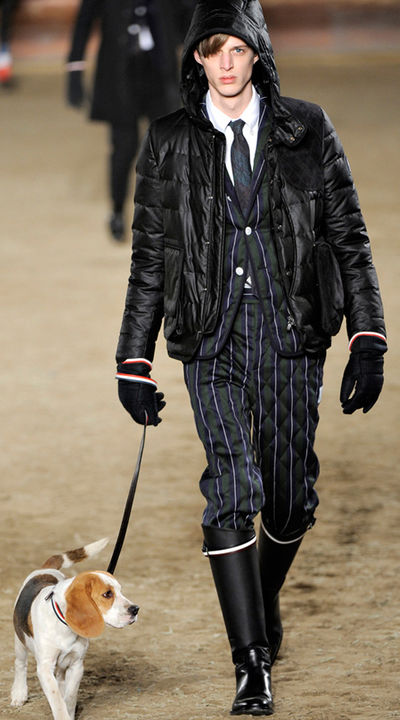 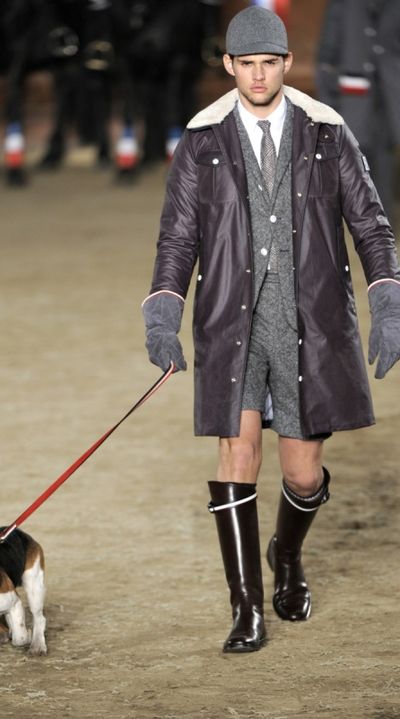 Padded jackets and classical patterns were featured throughout the collection, while flashes of red and green joined the mainly muted grey and black palette. Modern cuts were mixed with a traditional aesthetic and Browne’s signature red, white and blue colours were included as details on cuffs and on the dogs’ leads.

Statistic : Mobility : Sustainability
Load More
You have 2 free News articles remaining. Sign up to one of our membership packages from just £100 a month.
View Subscription Offers Sign in