South Africa – The automotive company is shaking up its communications strategy with a campaign that sends fans of the brand on a social media treasure hunt for non-fungible tokens (NFTs). The first 'players' to uncover the NFTs will receive a selection of real and virtual prizes, including a PlayStation5 games console and tuition by the Volkswagen Advanced Driving Academy.

Designed specifically for the South African market and taking cues from metaverse aesthetics, the Game On campaign features recognisable Johannesburg street scenes populated by avatar players, and promotes the safety and intelligence features of Volkswagen's new Polo model, the IQ.DRIVE.

Through this engaging and rewards-driven campaign, the brand subverts traditional car marketing by encouraging the public to visit its social media accounts and interact with its adverts. Camilla Clerke, executive creative director for Ogilvy South Africa, the agency behind the campaign, says: ‘In the age of ‘skip ad’ and ad blockers, this innovative campaign has inspired thousands of consumers not only to watch our advertising, but to engage with it frame by frame by frame for five consecutive days.’

Once defined by staid physical showrooms, the automotive retail sector continues to push omnichannel boundaries to win customer interest and retain relevance in the age of e-commerce.

Across sectors, brands can explore the potential of interactive advertising, and find ways to gamify their content and unlock access to experiences to bolster engagement and memorability 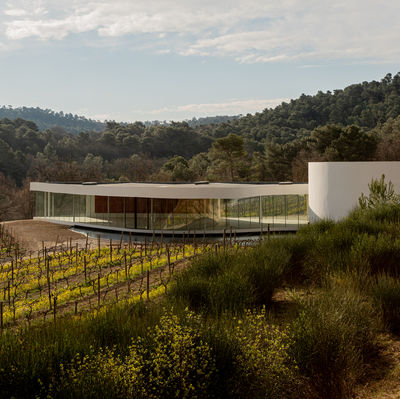 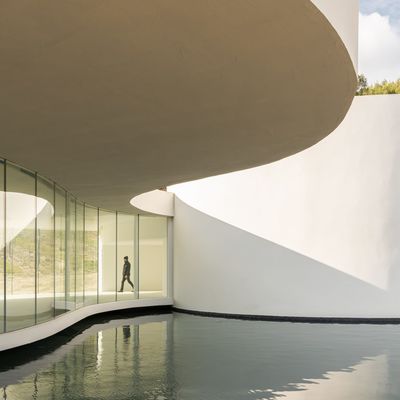 France – Located near Aix-en-Provence, Château La Coste is a wine estate, luxury hotel and cultural centre where the world of winemaking, art and architecture assimilate.

Opening this summer on the estate is the final architectural design of late Brazilian architect Oscar Niemeyer, famed for designing Brazil's federal government complex in Brasilia and New York's UN headquarters. Niemeyer completed a sketch for a pavilion to be completed at the Château La Coste before passing away in 2012. Once opened, the pavilion will sit alongside other on-site works by notable artists and architects including Frank Gehry, Jean Nouvel, Tracey Emin and Louise Bourgeois.

In this way, Château La Coste's unique cultural strategy places art and architecture at the centre of the winery's business model. In addition to its extensive collection, the 500-acre property also includes a 28-suite luxury hotel and five restaurants. By calling on an international roster of artists to adorn its estate, it is also creating cultural exchange between different countries, helping to elevate people's experience of France's southern region – something we explore further in The State of Luxury: France.

Many of the world's most prominent architects' projects have never been realised. Consider how hospitality, creative or dining spaces could bring never-before-seen structures to life

Los Angeles – California's Coachella festival is changing the narrative on festival food with the opening of a discreet sushi speakeasy that accommodates just a handful of guests.

Situated in the festival’s tented food and drink area, Sushi by Scratch will cater for just 12 diners at a time, at assigned times throughout the weekend. The pop-up restaurant offers a 17-course dinner, created by chef duo Phillip Frankland Lee and Margarita Kallas-Lee.

While most festival food options are focused on convenience and cheap eats, the addition of sit-down dining points to a future of food-orientated festival experiences. Meanwhile, by creating a slow and mindful eating experience, the chefs want to offer festival-goers a sense of escapism. Frankland Lee explains: ‘We want to pull you out of your world and put you into this sort of truncated reality where you get to actually experience what we do.’

By bringing fine dining into an unexpected setting, Coachella tunes into the tenets of Discovery Dining, where restaurateurs are offering slowed-down, elevated experiences that combine global flavours with mood-enhancing environments. 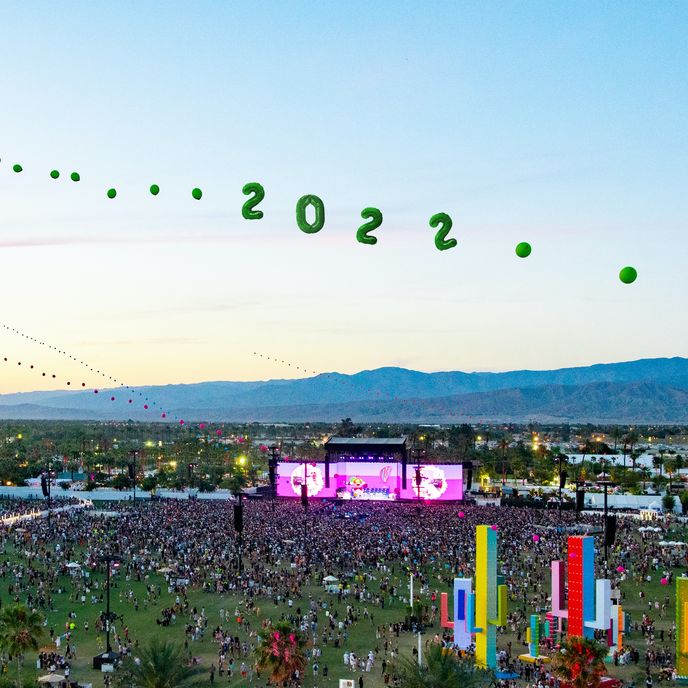 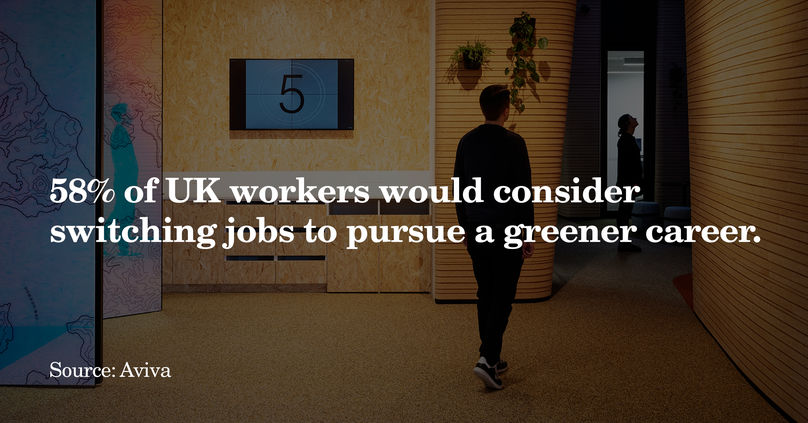 Employees across the UK are contemplating more planet-friendly career paths. According to recent research by insurance company Aviva, 58% of UK workers would consider changing jobs to seek a greener career.

Although employees have already adopted many green workplace initiatives, such as re-using cups, limiting unnecessary travel and embracing electric vehicle rental schemes, the report reveals they are keen to do more for the planet and wider society. Indeed, 18% of employees would accept a pay cut to work for a non-profit organisation or charity, while 15% would accept lower remuneration to work for a company with strong environmental credentials.

As employees across the world consider changing careers, this research shows that many would be willing to accept less pay in exchange for certain planetary or societal advantages. Readers can consult our Sustainability Report to discover more about how the climate crisis is affecting career prospects.

Companies should address their employees’ climate concerns by ensuring that they have the right environmental credentials. Strive to renovate existing offices and buildings so they meet greener standards

Design : Media And Entertainment : Technology
Load More
You have 2 free News articles remaining. Sign up to LS:N Global to get unlimited access to all articles.
Discover Our Memberships Sign in