New York – The new fashion brand’s first collection is therefore only available to buy at certain times of the day.

Conceptualised by designer John Targon, Fall Risk is a seasonless, lifestyle brand for all genders. Customers who visit the brand’s virtual showroom website and Instagram account are only able to buy the products by calling a hotline on weekdays between 3pm and 7pm EST. Callers with then be connected with Targon or a member of staff.

By creating a more direct line with customers, Targon is able to tell shoppers about the journey of each garment as well as question them on their preferences. ‘It isn’t something that is as easy as a click. I want to talk to you. I want to know: do you prefer black? Red? I want to tell you how it fits, if it’s oversized or shrunken,’ Targon tells Vogue.

As well as showing its potential as an Enigma Brand – which we explore in our macro trend Resilience Culture – Fall Risk is part of a new wave of decentralised retail concepts that disrupt how consumers access goods online. 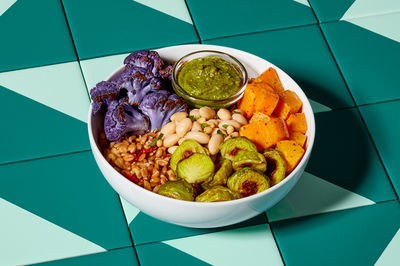 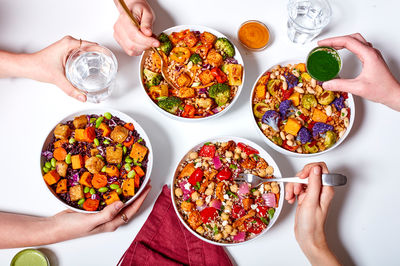 New York – The start-up has launched with a line of healthy frozen meals that aim to elevate the category while still catering to convenience.

Positioning frozen as a cornerstone of the future of food, Mosaic’s initial product line is a collection of six vegetarian bowls inspired by global cuisines. Each bowl is made with fresh ingredients such as purple cauliflower, wheat berries and black rice, which are cooked with techniques not typically used in the frozen industry today, including roasting, grilling and sautéing. Every meal also comes with packaged sauces and garnishes.

‘Frozen foods is a $53 billion market that has remained unchanged for decades,’ said Mosaic co-founder Matt Davis. ‘The potential of the category is huge, and the benefits – from convenience to the reduction of food waste – are numerous. We’re launching Mosaic to elevate the category and create healthy, delicious and convenient frozen meals for consumers.’ For more, read our Fresh Frozen microtrend.

Shimmy Technologies, a fashion technology company based in Brooklyn, has created the application to help prepare the apparel industry for an increasingly automated future. Since May 2018, the company has completed five pilots of the software in Bangladesh, Indonesia and the United States.

While sewing automation is still nascent, estimates suggest that it stands to cause significant displacement to the current workforce. Using the Upskill game, Shimmy Technologies shows female seamstresses how to operate the machines that will one day takeover their current job. The game, which uses voice recognition and videos to guide workers through training, consists of four lessons, including teaching them how to identify the pattern pieces used to create different types of clothing.

Gaming is increasingly being used as an educational tool. Discover how VR and AR are upgrading employee training with our dedicated listicle. 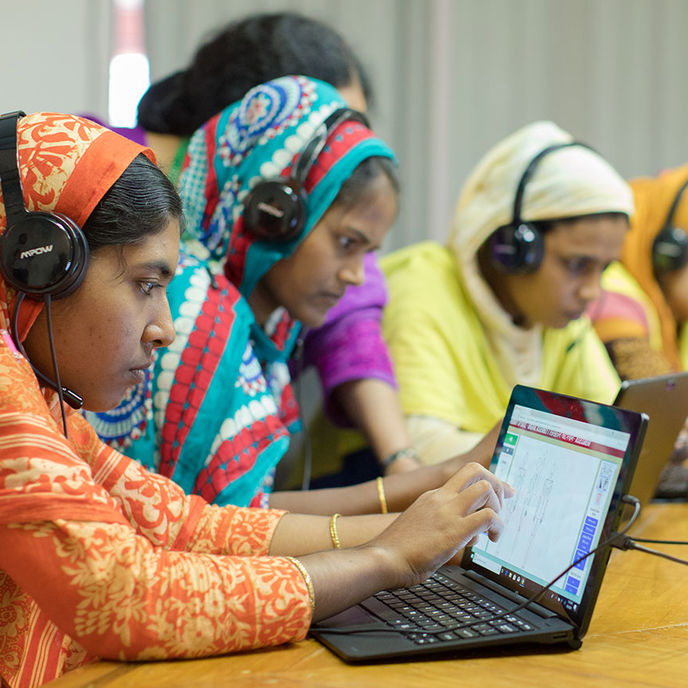 US – The seamless shopping experience will give viewers the opportunity to make purchases within television shows.

ShoppableTV aims to bring together the spaces of entertainment and retail by integrating purchasable products into channels such as NBC Sports, Bravo and E!. To obtain the items, viewers must hold their mobile phones over the on-screen QR codes that appear during ‘on-air shoppable moments’. They will then be directed to the brand’s website to complete the purchase.

The announcement represents the first time this technology will be used on national television to activate direct sales and is part of NBCUniversal’s strategy to improve the commercial experience. ‘With ShoppableTV, NBCUniversal is transcending the legacy business practices of television and driving business outcomes by creating an on-air real-time commerce experience," says Josh Feldman, executive VP at NBCUniversal.

In a similar vein, NTWRK is shaking up the retailtainment industry by merging video commerce and real-time shopping. 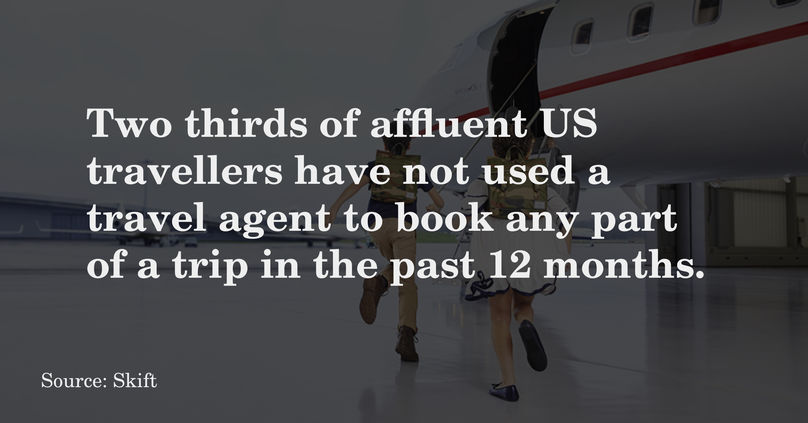 According to Skift’s US Affluent Traveller Survey 2019, the majority of wealthy travellers in the US have not used a travel agent to book any part of a trip in the last year. Instead, 76% agree that they enjoy the process of planning a trip, including researching and booking flights, accommodation and things to do. Some 61% also use social media for trip inspiration and planning.

In addition to becoming more self-sufficient, affluent US travellers have become more interested in longer trips, including trips for wellness and travelling internationally. When it comes to family travel, those with children also stay in more expensive hotels and alternative forms of accommodation more often than their peers without kids, highlighting growth opportunities for the Children’s Travel Market.

Foresight writer Holly Friend explores how the aesthetic, rituals and values of Christianity are being re-assessed and redefined by a younger, more socially conscious generation.

As we explored in our microtrend Alternative Spirituality, young people may be finding solace in spirituality and ancient folk religions, but that doesn’t mean they’re turning away from traditional religion altogether.

In fact, 20% of young people in the US attend organised spaces for religion, and Christianity remains the world’s largest religion (sources: Vice and Virtue, Pew Research Center). The traditional, conservative values of Christianity, however, are increasingly at odds with Generation Z’s more fluid, socially conscious mindset.

In response, new churches are forming that aim to counteract the belief held by some that Christianity is an unprogressive or otherwise restrictive religion. The Block Church aims to break down economic, religious and political walls by regularly hosting a diverse congregation of black, white and Latino evangelicals in Philadelphia. For its 2019 Easter Sunday service, the church even contributed to attendees’ Uber fares. At the same time, rapper Kanye West has become increasingly vocal about his faith. Fuelling rumours that he is launching his own church, West recently hosted the Sunday Service series of pop-up church experiences. 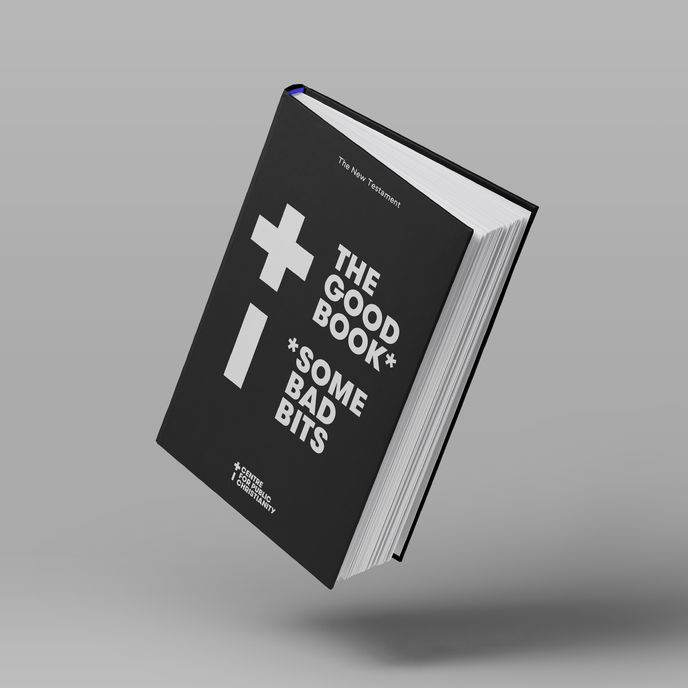 The Centre for Public Christianity branding by For The People, Australia
Previous Next