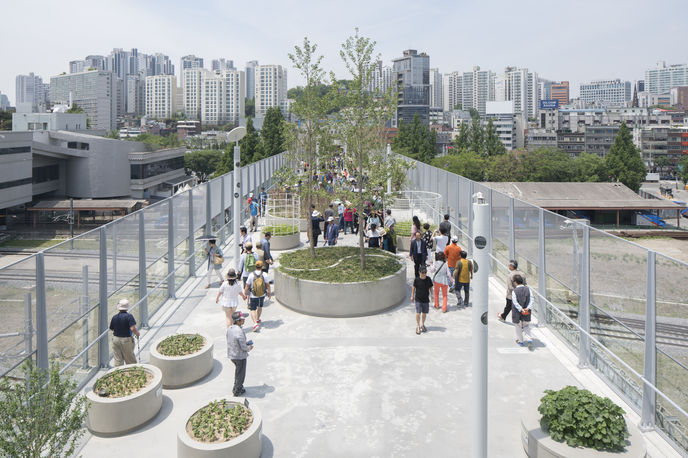 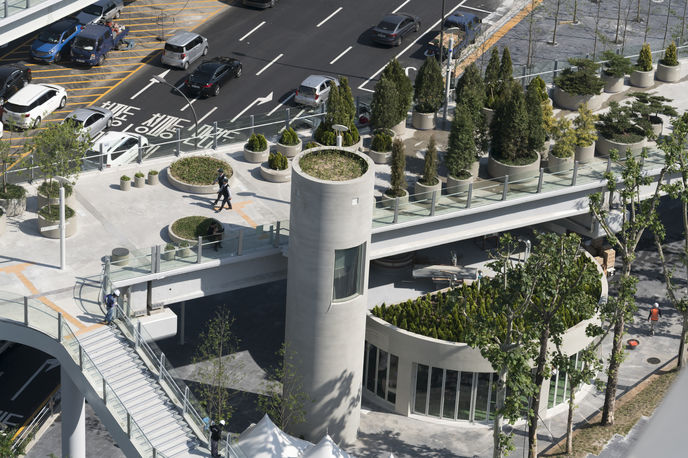 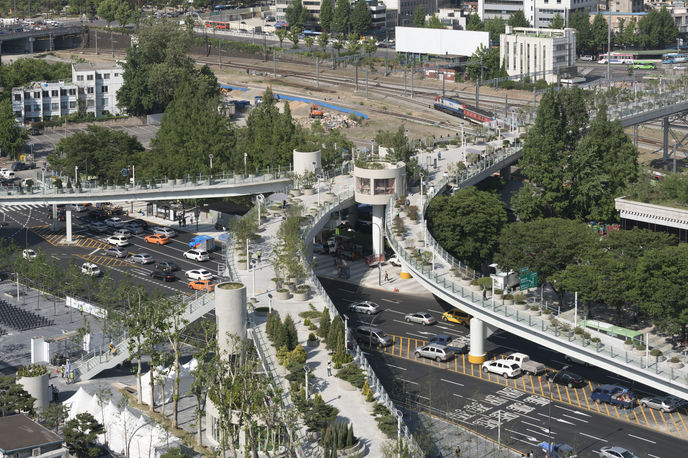 Seoul – A former inner city overpass in South Korea’s capital has been converted into an expansive green space.

Combatting the effects of pollution and creating new opportunities for businesses, the government-financed Skygarden Seoullo 7017 project opened to the public earlier this month, featuring a space for Koreans to walk in their city on a plant-covered walkway above the traffic.

Designed by Dutch architecture firm MVRDV, the park is almost a kilometre in length. It intersperses retail spaces, galleries and restaurants with 24,000 trees, shrubs and flowers in cylindrical planters.

Located in the heart of the city, beside Seoul’s main railway station, the walkway is helping to transform the capital into a thriving hub of greenery. Part of Seoul Metropolitan Government’s city-wide regeneration initiative, this environmentally friendly civic space demonstrates a successful model for the conversion of existing spaces to benefit both the public and private sectors.