The low-cost airline will offer long-haul flights to Los Angeles, San Francisco (Oakland), Buenos Aires and Punta Cana with fares starting from £84 ($107, €99). Initially operating solely out of Barcelona, the airline has been designed to complement IAG’s existing portfolio, which includes Aer Lingus, Vueling, British Airways and Iberia, but, crucially, to not feel tied to any one specific nation.

‘The style is geographically neutral, truly global: LEVEL could be from Japan. Or Scandinavia. Or anywhere,’ Paul Cardwell, creative director at Brand Union, the company behind the airline’s visual identity, told It's Nice That.

'In developing the story it became clear that this new brand has the potential to empower people,' Cardwell continues. 'It could, quite literally, open up their world, expand their horizons.'

As consumers embrace New Bricolage Living, travel companies are rethinking not only the services they offer, but also how to build brand strategies that speak to this new borderless generation. 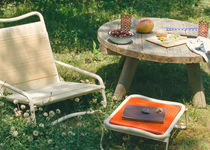 How to target next-generation leisure seekers:

Join us on 25 November for practical insights, exclusive debates and... 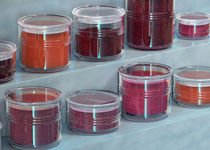 Join us on 28 October for practical insights, exclusive debates and...

The world has changed and with it, the way companies are using live-streams... 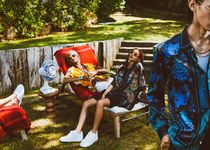 After a tumultuous start to the decade, we explore how the luxury sector is...

Performance apparel and exercise accessories are going plant-based as the...

FMCG conglomerate Unilever is expanding its environmental efforts with the launch of its carbon recycled...

Responding to the visually-driven mindsets of Generation Z, cinema chain Beta Cinemas is unveiling a bold...

Visit Sweden has launched an experiential campaign called The Drinkable Country, as part of a post-Covid...

With Costa Rican craftspeople facing major economic losses due to a lack of tourism, fast food chain KFC is...

Stat: Brands must lead the way on environmental transparency:

Stat: Pension saving is a low priority across generations:

Across generations, people are prioritising their saving for short and mid-term goals rather than long-term...

Responding to the wastefulness of the cleaning product industry, home cleaner brand Everdaily is empowering...

Yali Paz, a product design student from the Bezalel Academy of Arts and Design, is stimulating feelings of...

Sustainability : Society : Finance
Load More
You have 2 free News articles remaining. Sign up to LS:N Global to get unlimited access to all articles.
Discover Our Memberships Sign in