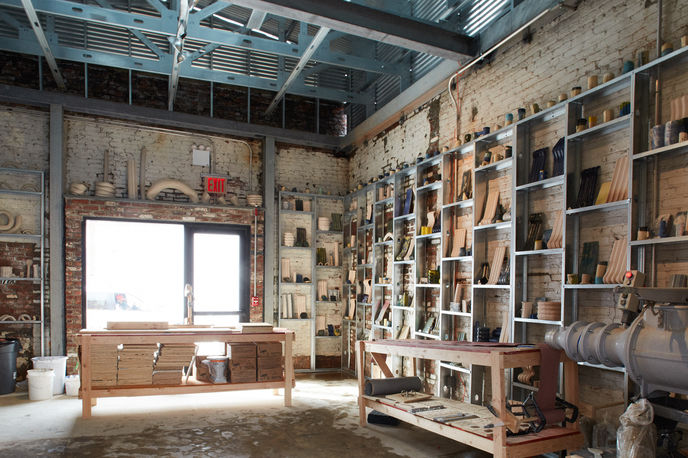 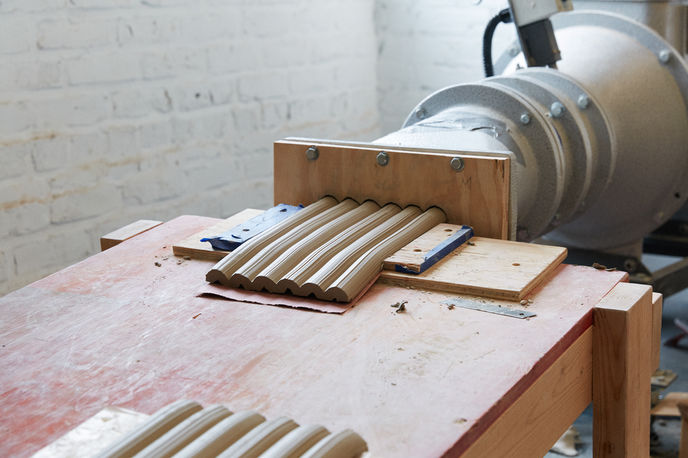 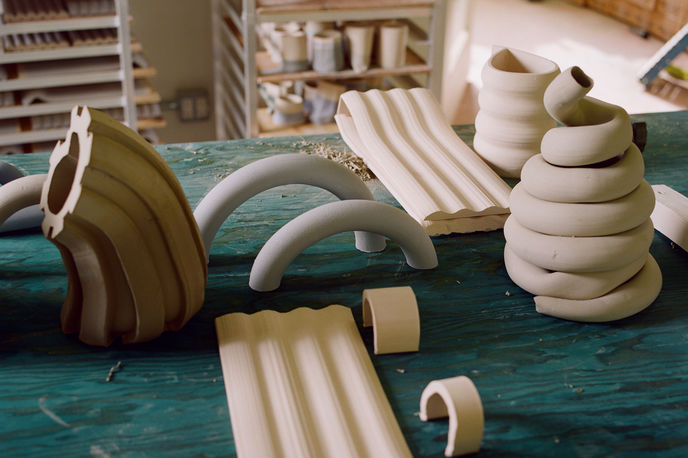 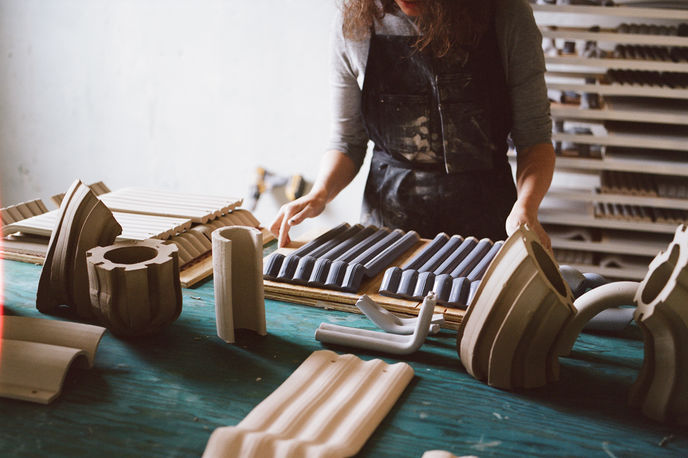 Brooklyn – Architecture collective and Turner Prize winner Assemble has re-imagined the future of the factory as a cooperative space.

The factory was built in an open-air section of the A/D/O warehouse that has been covered with a galvanised steel roof and leaving one side open to the courtyard. Using an industrial clay extruder – which pushes the clay through metal holes – and firing the shapes created in an electric kiln, the team has made a series of tiles to clad the exposed side.

The project was realised with the help of members of Granby Workshop, a group of Liverpudlian craftspeople that worked with Assemble on its Turner prize regeneration initiative, assisted in developing the factory itself and acted as instructors for the machinery. In turn, the skills developed during the residency will be fed back into the Liverpool project to create a symbiotic expansion of the skill sets of those involved.

Brands such as Mini are demonstrating their credentials as Brand Educators in order to bolster the underfunded creative industries while building long-standing relationships with consumers.