Because of Life, We Made LifeWear by Uniqlo and Droga5, Global

Global – Uniqlo’s latest ad campaign for its wireless bra offers a quirky, dance-focused spot that moves away from the typically sexualised presentation of lingerie.

Choreographed by Ryan Heffington whose work includes musician Sia’s music video Chandelier, the spot shows women in various locations, including a prison-like facility, outside a waiting room and a sports arena, performing energetic dance moves. The ad challenges the expectations of how women are supposed to move, daring them at the end of the film to defy convention and Move Like You’re Not Supposed To.

The ad, which was created in collaboration with Droga5, forms part of the Because of Life, We Made LifeWear campaign, which advertises the brand’s LifeWear range. The collection has been specifically designed as a response to the demands of everyday life, and includes wireless bras and breathable inner-wear.

The ads will run on tv and online in the US, Europe, Asia and Australia, and will be accompanied by a print campaign.

Lingerie brands are moving away from using overtly sexual and unrealistic imagery in their marketing. For more, see our Bare-It-All Branding microtrend. 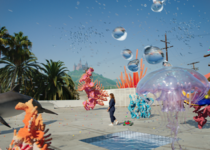 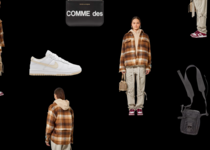