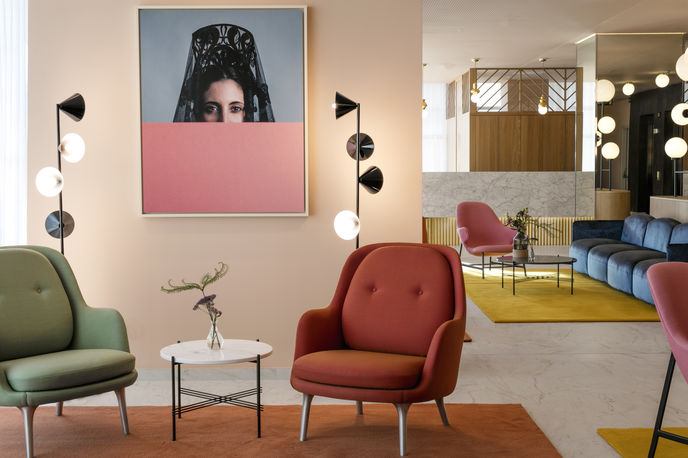 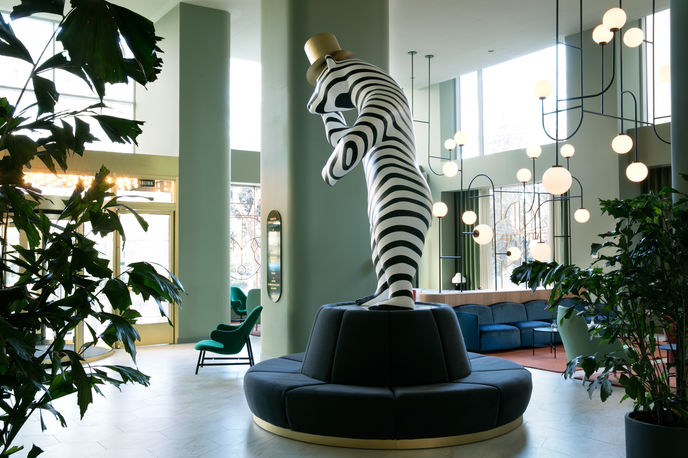 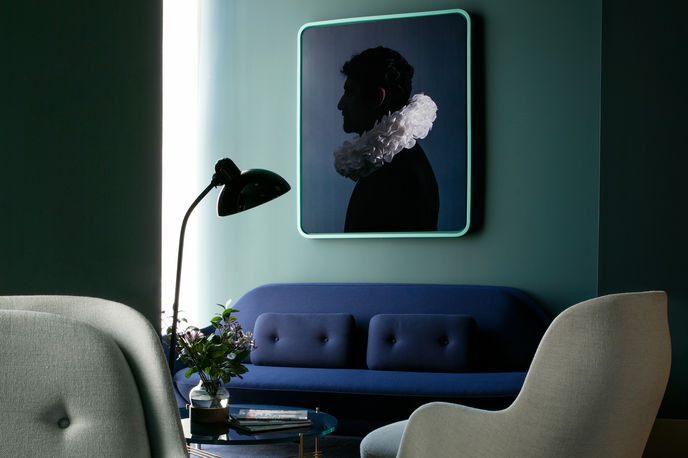 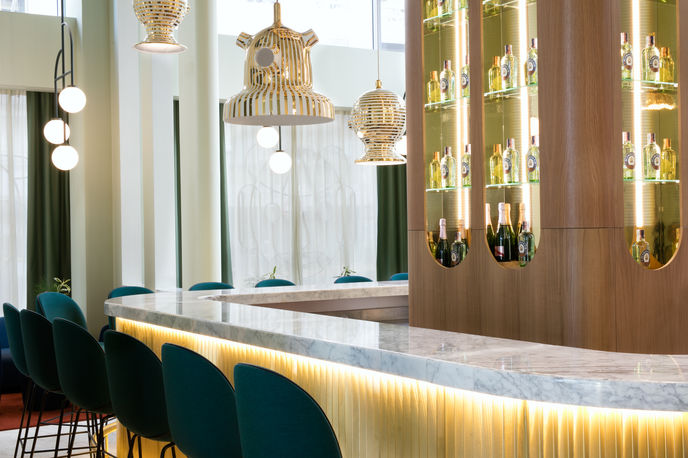 On entering the hotel lobby, guests are greeted by an enormous and fantastic black and white striped bear, a reference to the statue of the bear and strawberry tree depicted on Madrid’s coat of arms and included in the football club Atlético Madrid’s team badge.

This modern twist on the city’s heritage is evident around the hotel with architectural details that hint at the Roman archways and Moorish influences found around the city. Hayón also commissioned work by multimedia artists Nienke Klunder and Wiglius de Bie that depict contemporary figures clothed in modern interpretations of traditional Spanish dress.

‘I was fully dedicated to the creation of a very special and unique space that would represent a new vision of Spain, a vision far from the traditional aesthetic,’ Hayón told Yatzer.

Hayón was highlighted as a key innovator in our Marvelology design direction, which describes how luxury brands are using high-end playful elements in their design rather than focusing solely on tropes of heritage.