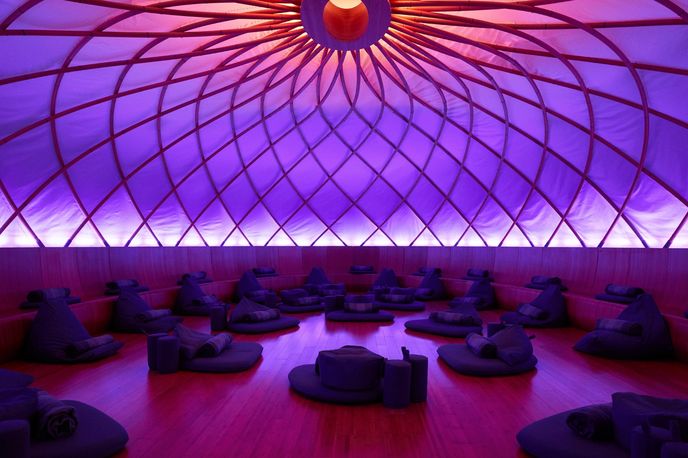 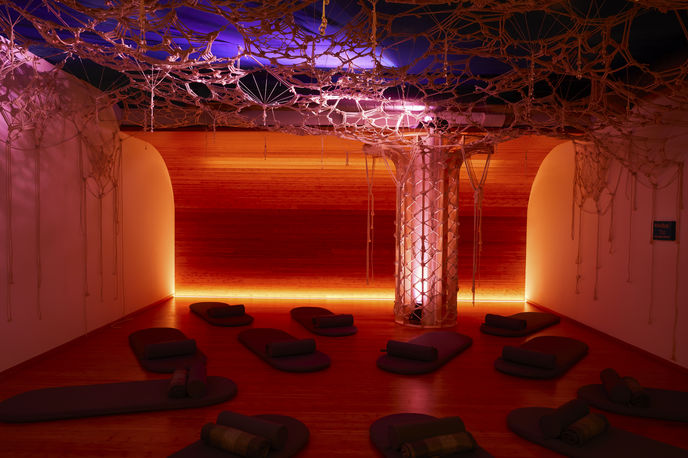 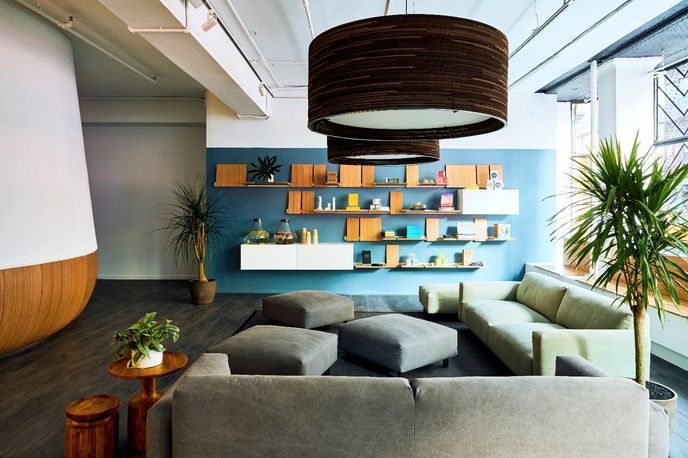 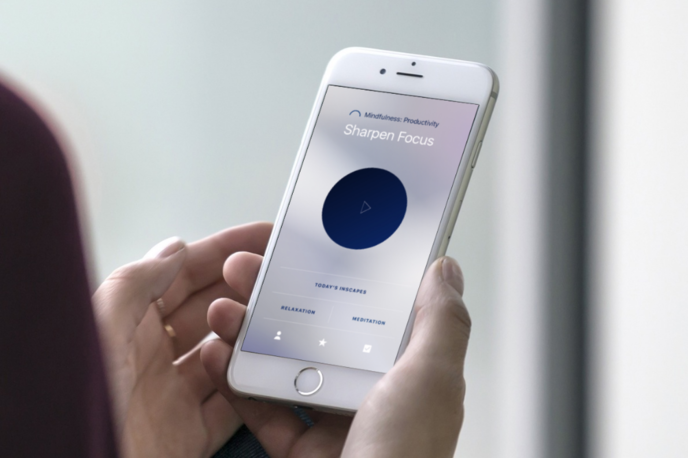 Co-founded by former Intermix CEO Khajak Keledjian and former Coach CEO Lew Frankfort, Inscape combines the physical and digital worlds in a bid to promote the practice of mindfulness. An app has been launched alongside the wellness centre, which provides resources such as relaxation techniques and breathing exercises.

Visitors can attend classes in mantra, focus and mindfulness styles, which are introduced by a facilitator. The class itself, however, is audio-led rather than taught in person, and can be repeated outside of class using the app as the guide. Classes are 33, 44, 66 or 88 minutes long, depending on how much time people have to spare.

The building is divided into two spaces: the larger Dome Room and the Alcove Room, which hosts a rotating series of artworks, the first of which is a large-scale rope installation by Tini Courtney that resembles an oversized dreamcatcher.

Mindfulness is no longer the reserve of the elite with time to spare, but is now being tailored to busy urbanites’ schedules. For more, see our Drop-in Mindfulness microtrend.