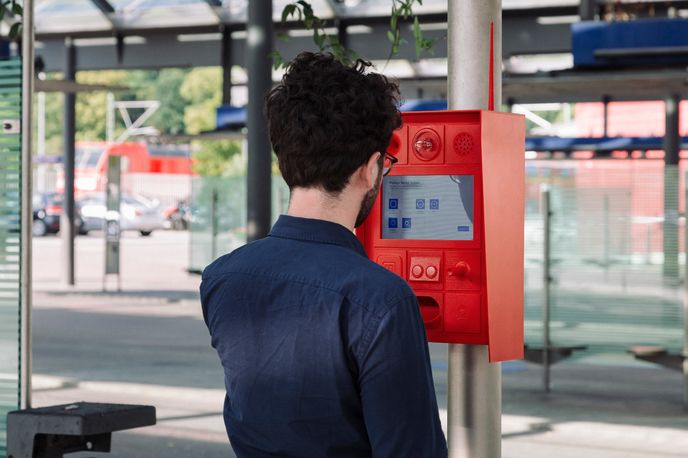 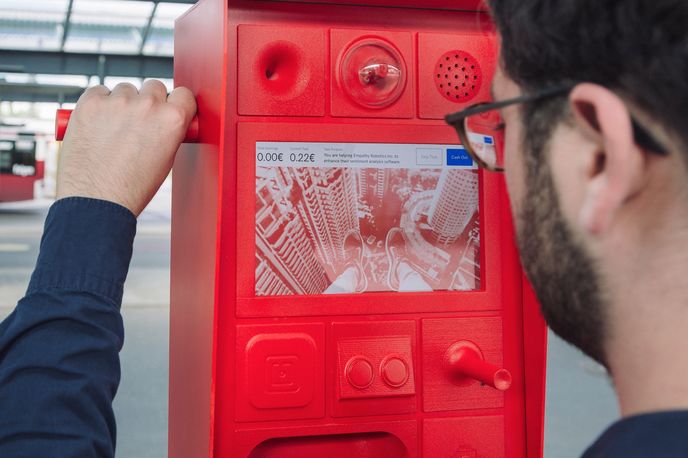 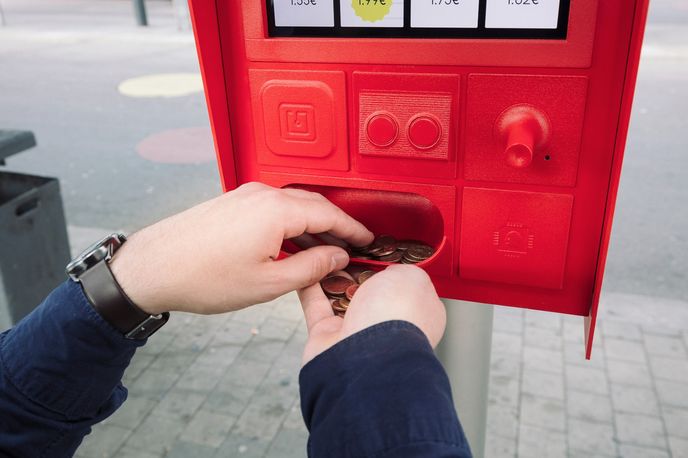 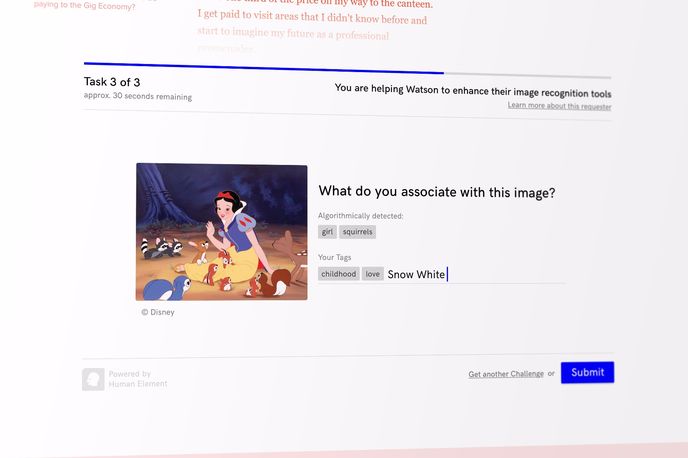 Switzerland – A speculative design project looks at how crowdworking could be integrated into our daily lives.

Created by designers Philipp Schmitt and Stephan Bogner, Human Element explores the future of unskilled labour through three speculative crowdworking services. Based on extrapolating existing crowdworking models, systems by which humans complete microtasks such as image and sound recognition that are beyond the current ability of algorithms, the project looks at how such labour might increasingly pervade domestic and public space.

The first scenario acts as a case study of how crowdworking is already being used, showing a media outlet that asks readers to translate speech into text in return for access. The second shows how this might be integrated into public space through a terminal in a bus station where commuters can earn money while waiting by employing their ‘unused cognitive abilities’.

The final scenario shows an at-home device that enables consumers to easily use crowdworking to complete jobs such as translating technical sketches into digital drawings. The scanner-like object has knobs that adjust the speed and cost of the requested job.

Consumers are becoming increasingly aware of the value of their data and their online attention, and are looking for new ways to monetise their time. See our macrotrend The New Value Economy for more.

Mobility : Retail : Society
Load More
You have 2 free News articles remaining. Sign up to LS:N Global to get unlimited access to all articles.
Discover Our Memberships Sign in