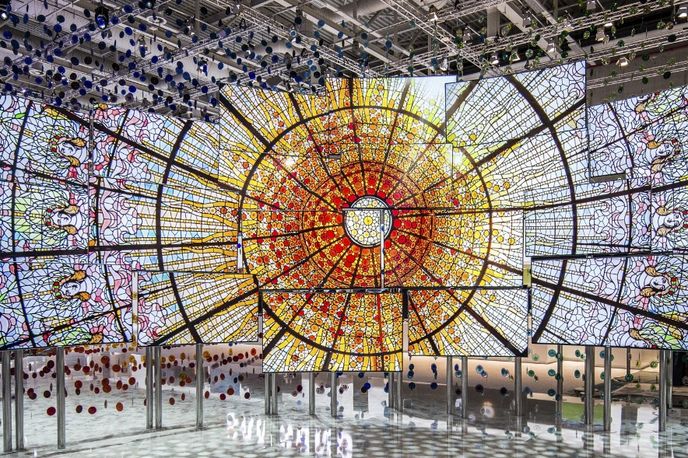 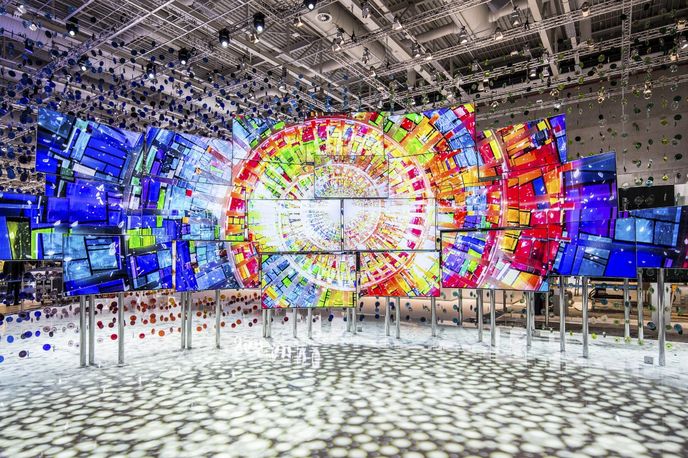 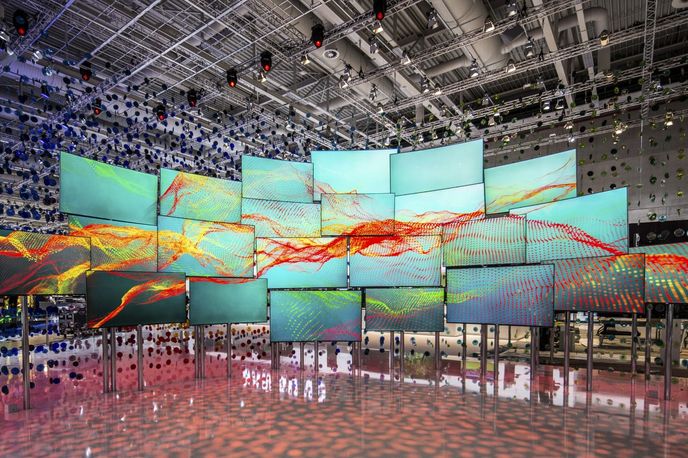 IFA Berlin 2016 – Samsung has collaborated with artist Andreas Nicolas Fischer to create a digital tribute to its quantum dot display.

The work combines video, lighting and musical elements to illustrate the past, present and future of quantum dot technology, which uses nano-sized crystals that are highly efficient at absorbing and emitting light.

Stained glass is one of the earliest known uses of a rudimentary quantum dot technology, using alchemical reactions to tint the glass. Fischer and Bauder worked alongside the design studios to arrange 9,000 shards of coloured glass between three enormous tv monitor sculptures. Viewers were shown specially curated visual narratives, such as a red windmill in a field of sunflowers, which interacted with the glass to emphasise the intensity of colour.

‘As display technology and innovation through light emission has progressed over the last century, the use of quantum dot technology has signalled a new era in tv history,’ said HS Kim, president of the visual display business at Samsung Electronics.

Andreas Nicolas Fischer is emerging as a key figure in the world of digital art and one that LS:N Global has been following closely over the past two years. To find out more, see our Briefing on his collaboration with Diesel.