Mirror, an animation based on the cover co-produced by The New Yorker and This American Life, created by Chris Ware and John Kuramoto, with interviews and narration by Ira Glass and music by Nico Muhly

New York – In a first for the publication, cartoonist Chris Ware has created a cover for The New Yorker that works as part of a wider animated story.

Chris Ware created a front cover and accompanying animation for The New Yorker inspired by a piece of audio originally broadcast on radio programme This American Life. Mirror is based on a story about a 10-year-old girl who dresses up as Hillary Clinton for Halloween. Her experimentation with make-up leads to a socially awkward moment with her mother.

The short ‘mirrors’ common themes found in Ware’s work, including self-doubt, family and home, and features his signature mix of vivid colours.

Since 1999, Ware has worked on more than 15 covers for The New Yorker and was keen to surprise the magazine’s readership. ‘I hoped our pictures wouldn’t interfere with that ineffable mental dance of the plot but would somehow, like my usual medium of graphic novels, complement it,’ says Ware.

The New Yorker is a classic title embracing new digital forms of storytelling. Read our Transmedia Futures macrotrend to find out how your brand can thrive in this challenging media landscape. 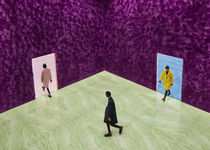 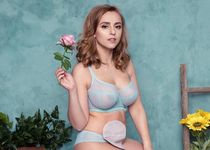 Food : Dairy : Vegan
Load More
You have 2 free News articles remaining. Sign up to one of our membership packages from just £100 a month.
View Subscription Offers Sign in