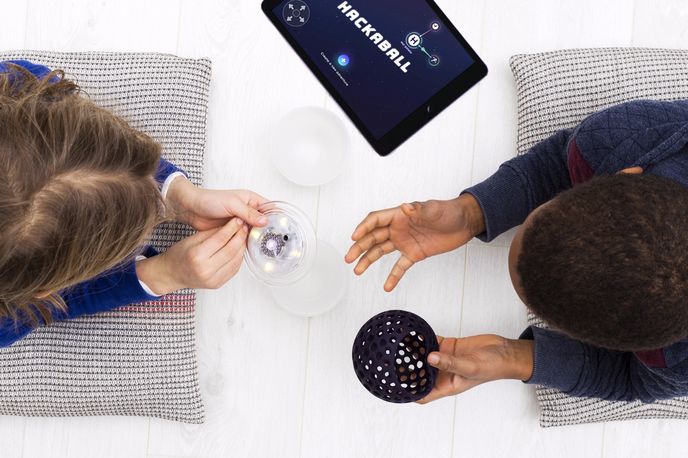 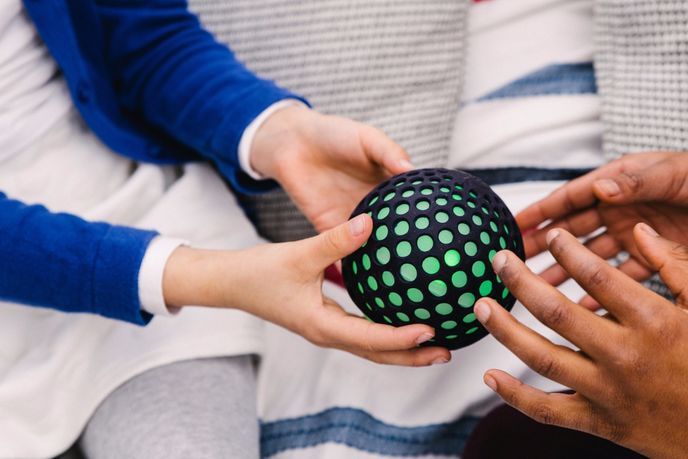 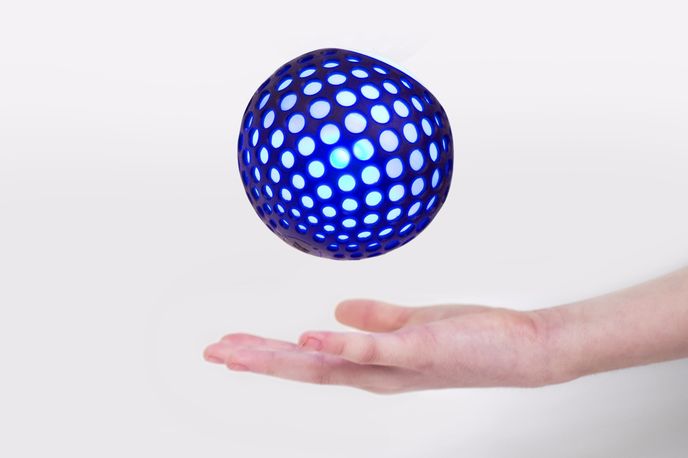 London – Developers at Map and Made by Many have created the first computer you can throw, a smart, responsive ball designed for children to integrate programming into their play.

Hackaball, now attracting funding via Kickstarter, is a toy for Generation I, the digital natives whose idea of play involves online and offline worlds in equal measure. The robust rubber ball can be programmed via an iPad app and the only limit is the imagination. Children can programme Hackaball using a game-building interface that teaches them the principle of If, Then logic, which is central to coding. ‘Hackaball introduces children to technology in a way that is very creative and physical,’ Jon Marshall, design director at Map, tells LS:N Global. ‘We hope to build a community aspect in the future so children can share their ideas with each other.’ Hackaball contains sensors so it knows when it is falling, being shaken or held perfectly still, and can be programmed to emit light, sounds and vibrate for a range of uses including as a programmable alarm clock.

The Big Picture: In the Year of the Code, products that mix native coding with fun activities are teaching a generation of children the building blocks of coding.