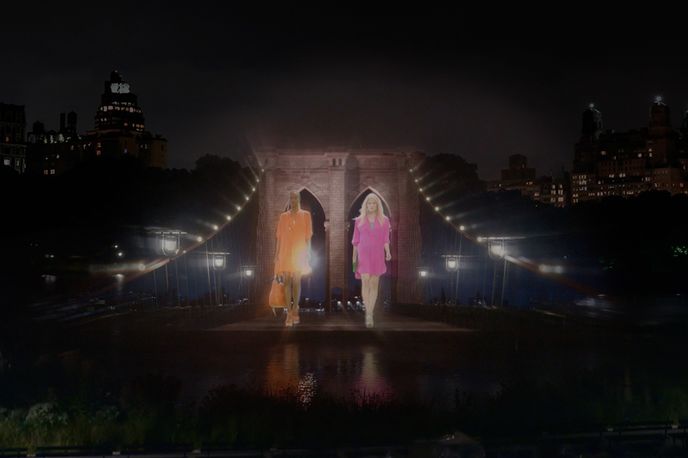 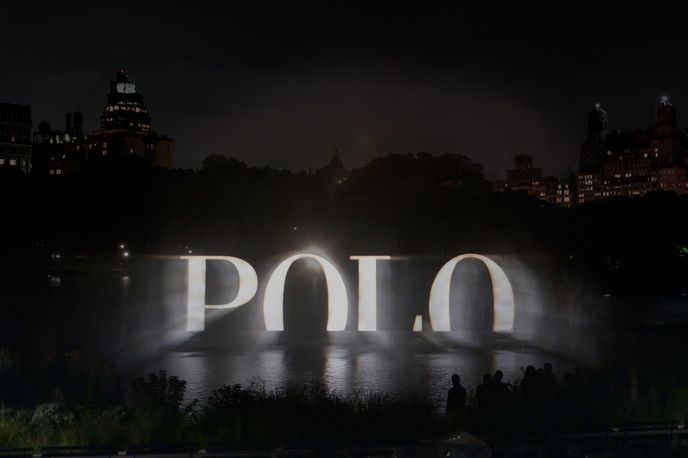 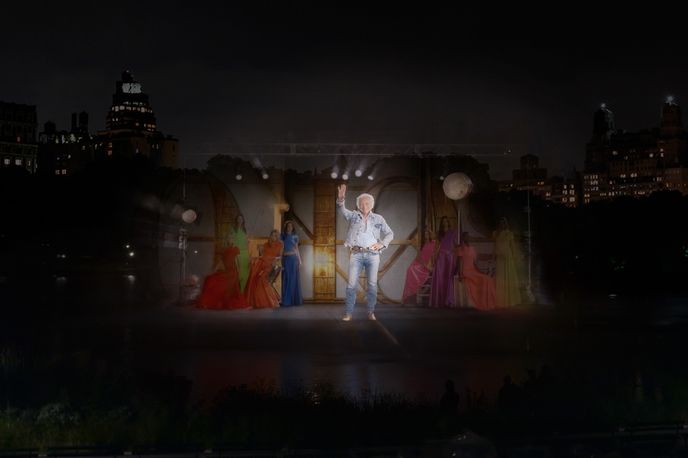 The event was a finely calibrated blend of old-school touches and cutting-edge technology. An over-the-top country club atmosphere prevailed, as guests were driven in golf carts from an entrance on Central Park West to the event’s location, where Polo-clad male models served lobster rolls and champagne.

The brand then demonstrated technological prowess with its projection technology, which organisers billed as 4D. Virtual models hovered in mid-air, their clothes shimmering in the mist, as digital backdrops rotated between scenes of downtown New York, Paris and the Adirondacks.

‘I really wanted to do something big for the new Polo Women’s brand – something set in the city – that felt modern,’ Ralph Lauren said in a statement. Elsewhere, he has hinted at the importance of grounding the Polo expansion to womenswear in a sense of style that goes beyond country club looks. Lauren tells  Style.com that if he is going to offer Polo for Women, ‘I will do it the way I think it should be done today, which is more sexy, downtown’.

Ralph Lauren has used similar 4D projection technology before. In 2010, for example, it was used to celebrate an e-commerce expansion by projecting visuals onto its locations on New York’s Madison Avenue and London’s New Bond Street.

Check our Seed and Innovate sections for continuing coverage of the spring/summer 2015 Fashion Weeks.

Luxury : Retail : Society
Load More
You have 2 free News articles remaining. Sign up to LS:N Global to get unlimited access to all articles.
Discover Our Memberships Sign in