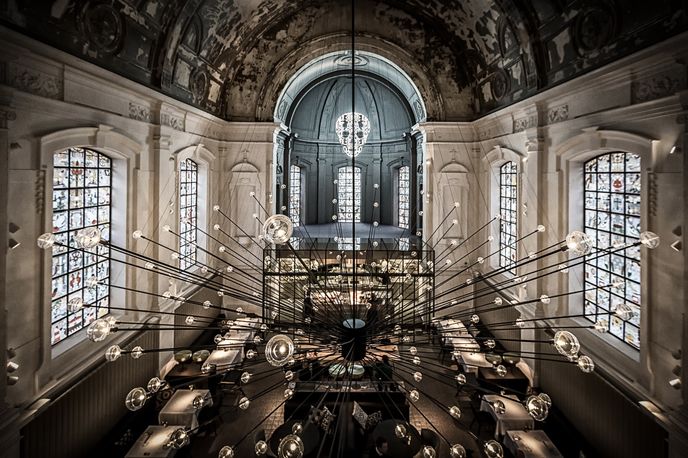 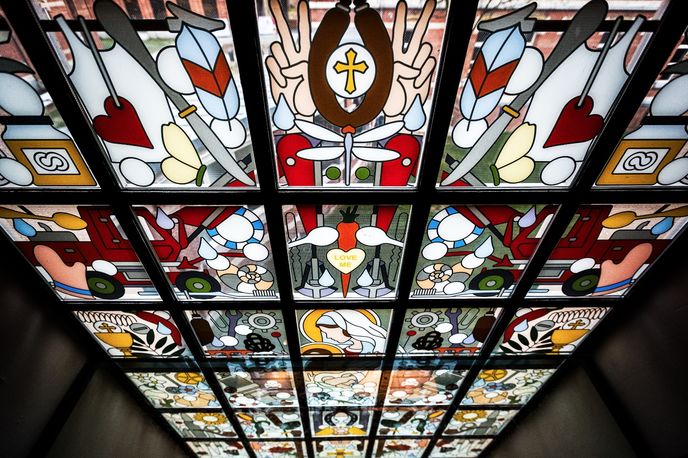 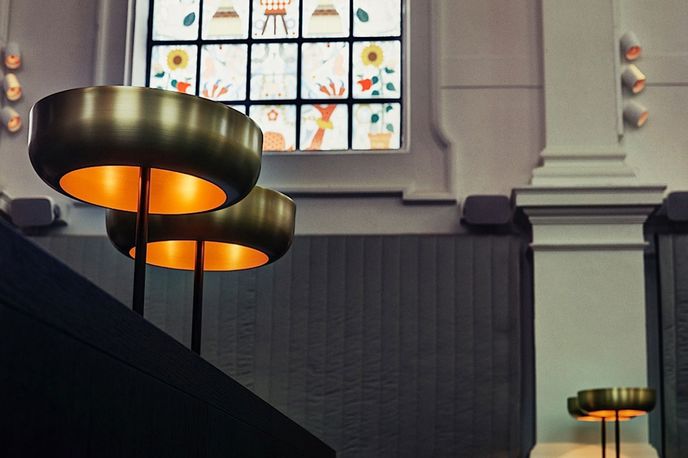 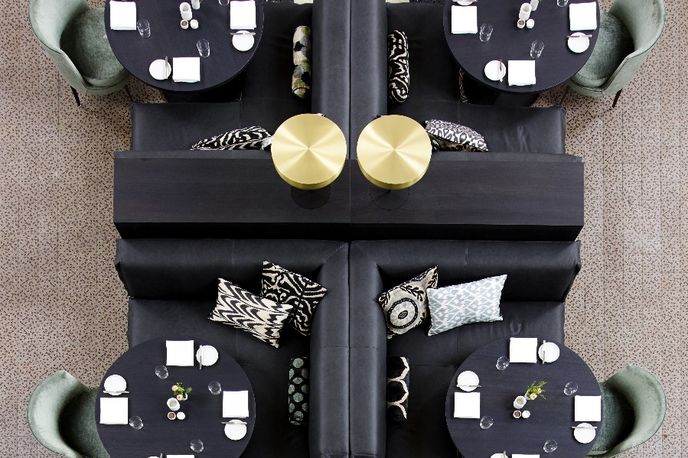 ‘To me, dining out is about more than a plate of fabulous food,’ says Michelin-starred chef Sergio Herman, one of the two co-founders of The Jane. And the striking aesthetic of his recently opened restaurant in Antwerp reflects that philosophy.

Herman, with The Jane co-founder and fellow Michelin-starred chef Nick Bril, spent three years working with artists and designers to create the restaurant. They worked with Dutch architects Piet Boon on the interiors, G-Star on custom-designed uniforms and Studio Job, which delivered the painted windows. No detail was left undesigned: knives, leather pouches, dishes and cups were all created by a collaboration of designers based in Tel Aviv.

The emphasis on modern design is a striking contrast to the grand scale of the former military hospital, but the large open space and high ceilings provide a suitably dramatic atmosphere. The gothic theme is further explored through tattoo-style engravings on stainless steel, a large neon skull and the restaurant’s centrepiece, an 800kg, Lebanese-designed spiked chandelier, created by .PSLAB.

The Jane is another example of a dramatic dining experience. Read our Seed on London’s latest eatery, The Beast, and for more innovative restaurant concepts, buy our Food & Drink Futures report in The Future Laboratory shop.