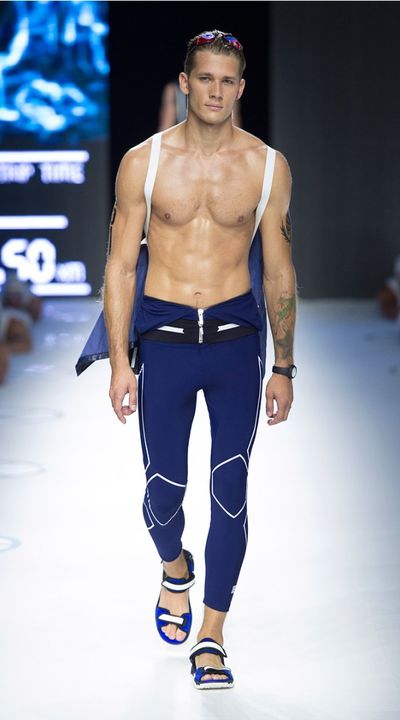 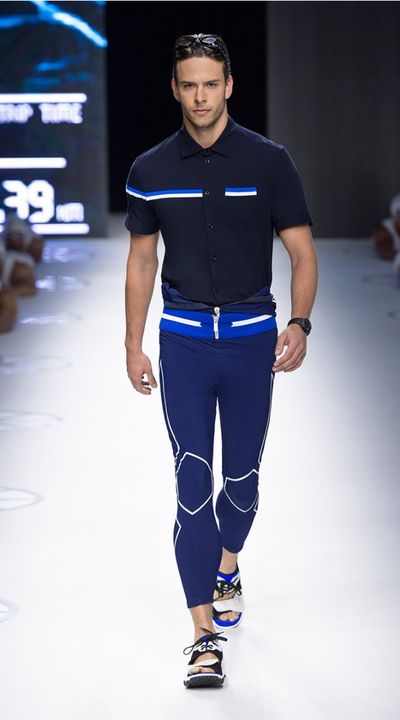 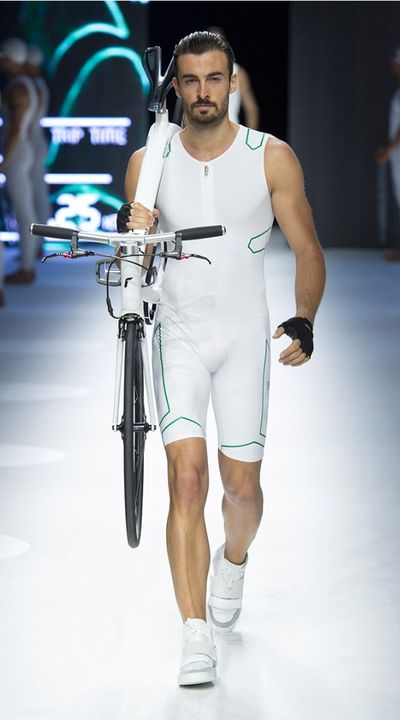 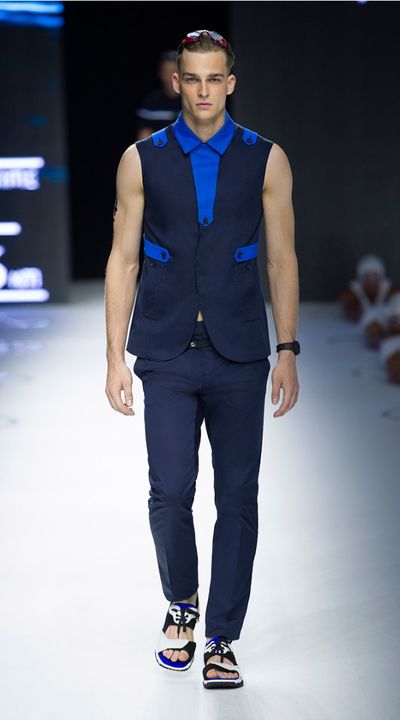 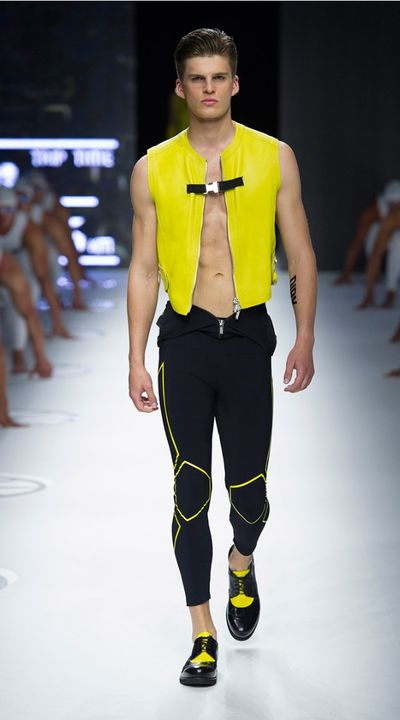 Bikkembergs drew inspiration from a triathlon, a multiple-stage competition consisting of three events: swimming, cycling and long-distance running. The look was clean and functional with an activewear finish featuring specialist materials such as neoprene in bright colours. These were interspersed with tailored pieces, garments that supported an on-the-move lifestyle.

The show's theatrics helped to underpin the collection's sporting origins. Vital statistics, such as heart rate, lap time and distance covered were projected onto a large screen behind the catwalk.

For more on how consumers are becoming increasingly interested in their physical appearance, read our Body Temples macrotrend.

In its latest attempt to disrupt the sugar-heavy caffeinated drinks industry, the bottled coffee brand has...

Selfridges and Pokémon meet in the metaverse:

To celebrate the 25th anniversary of Pokémon, Selfridges has teamed up with clothing brand Charli Cohen to...

In India, Generation Z are shifting their lifestyle priorities to focus on earning a lot of cash.

Youth : Finance : Health & Wellness
Load More
You have 2 free News articles remaining. Sign up to LS:N Global to get unlimited access to all articles.
Discover Our Memberships Sign in