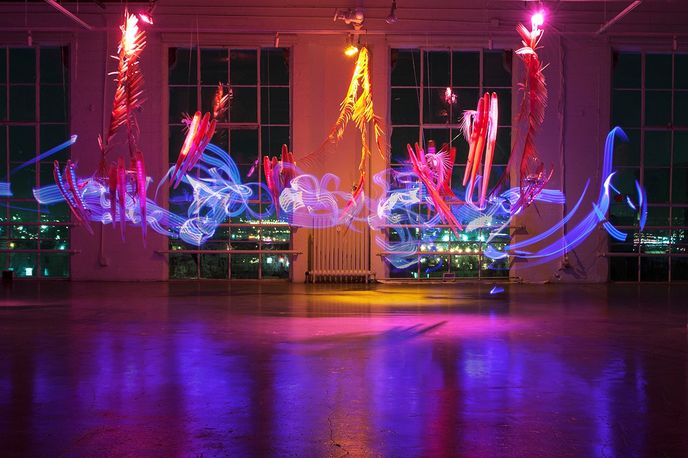 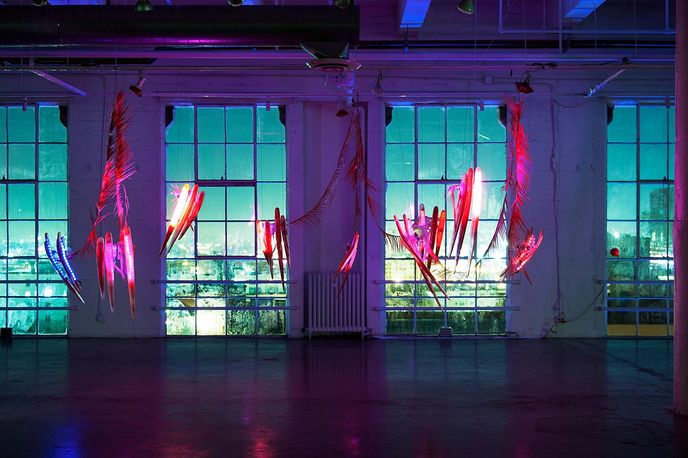 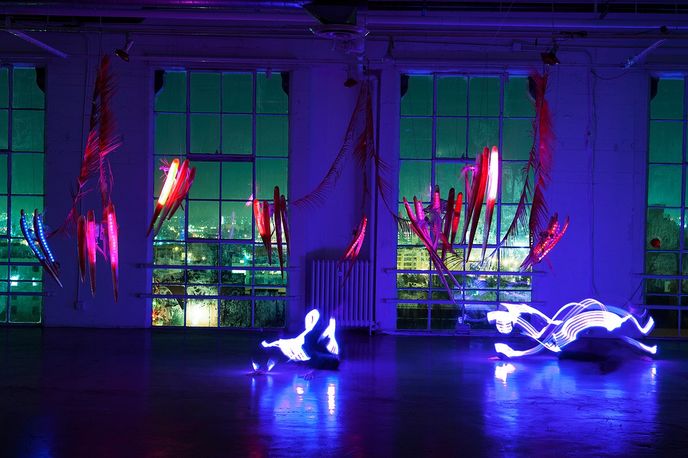 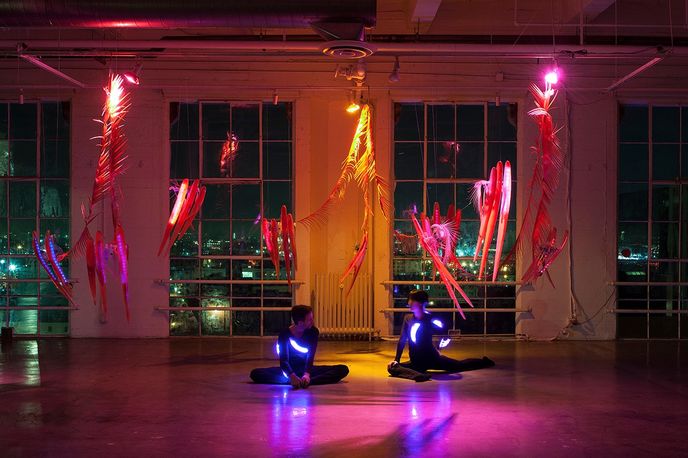 Los Angeles – Liminoid Garden is a kinetic, interactive installation by artist Filipa Valente that explores the liminal space between the city, the environment and the people of Los Angeles.

On display in February as part of the Los Angeles Skyline 2014 art and architecture festival, Liminoid Garden featured large-scale mechanical flowers that seemed to be living and breathing, responding to their surroundings. The installation was connected to the outside environment through electronic controllers that fed back data about temperature, pollution levels and light, which was then re-interpreted into movement and light patterns in the flowers. User interaction also affected the movement of the sculptures, creating a ‘a play space between the conditions outside and inside’, says Valenta.

Designers are increasingly fetishising nature, creating surrealist environments in which mechanical objects respond as if they were living natural beings. For more, read our Kinetic Nature design direction.