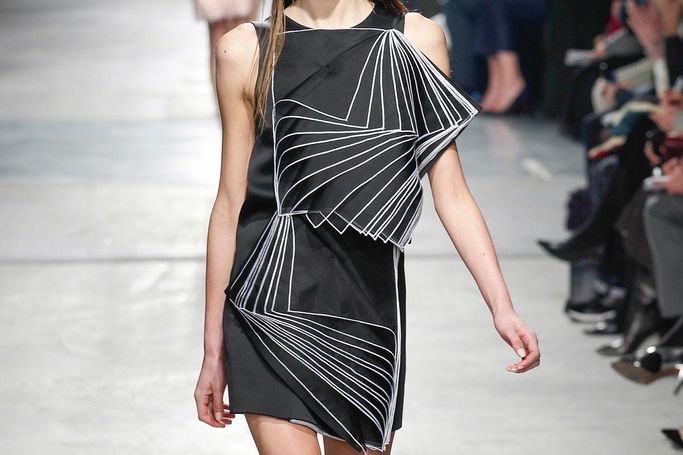 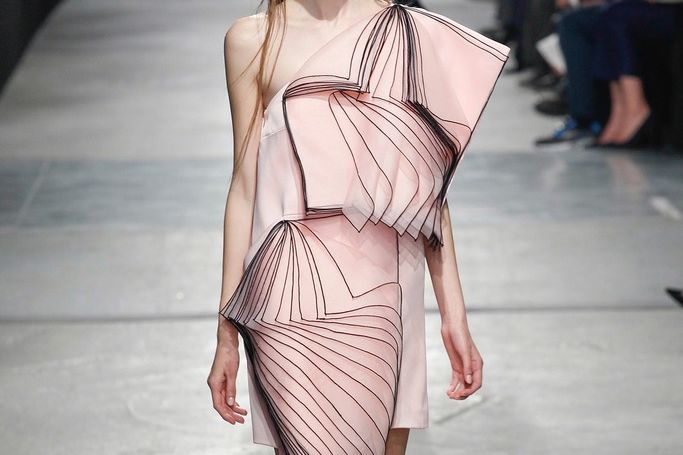 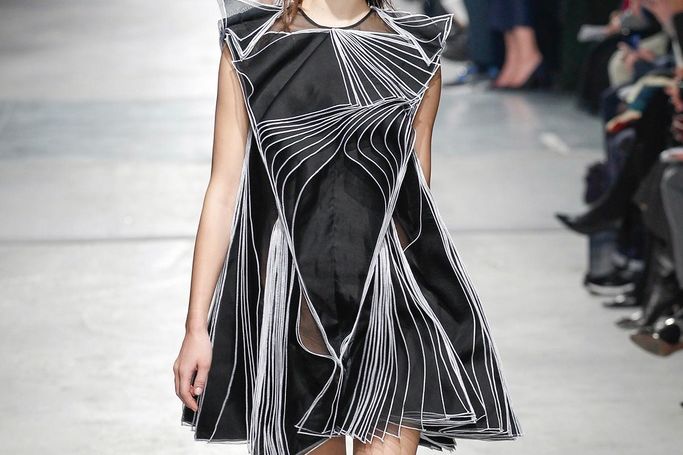 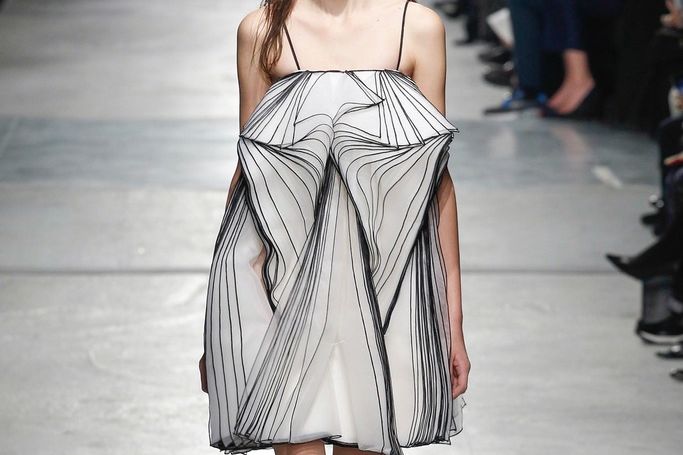 London – Texture was king at Christopher Kane’s AW14/15 catwalk show, but among all the PVC and bobble knits there were five standout finale looks, featuring organza that looked less fluid and more structured than ever before.

Kane is known for being inspired by STEM subjects in his collections and, while this season’s offering was influenced by a range of ideas, LS:N Global saw a nod to Vectorism in Kane’s later looks. In the designs that used organza, the material was artfully arranged to take on the appearance of grid and vector lines.

The manipulation of the material to create an illusion of strong lines when it is actually a fluttering fabric is reminiscent of our Haptic Illusion design direction. For more examples of designers’ work inspired by vector graphics and grid-based systems, read our Vectorism design direction.