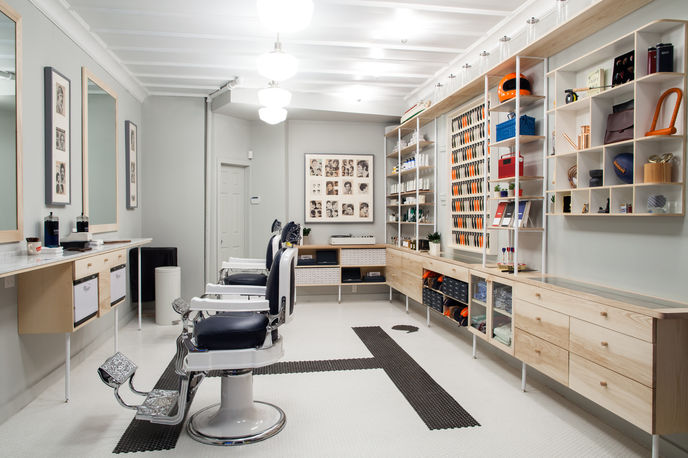 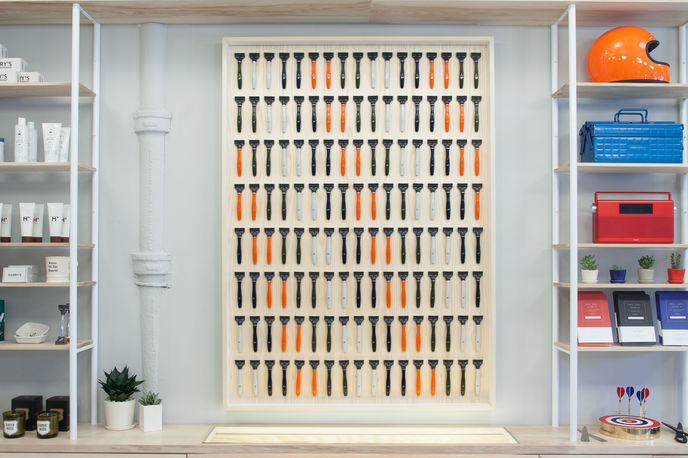 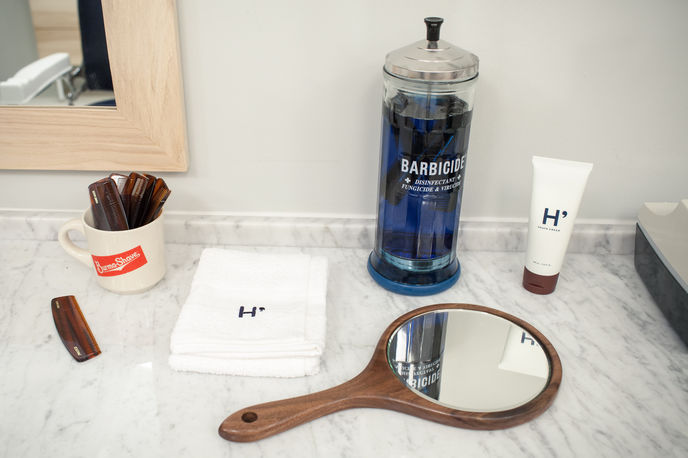 New York – Harry’s, which was launched in March 2013 as an online retailer for affordable and well-designed shaving products, has opened its first bricks-and-mortar barber shop in New York’s Soho.

The Corner Shop will offer affordable shaves and haircuts. Like the Harry’s range of shaving products, which combine blades engineered in Germany using a special cutting technology with vintage-inspired handles, the store is a blend of new and old. An iPad app enables customers to create digital profiles before taking a seat in one of two refurbished barber chairs from the 1920s.

The second start-up company co-founded by Warby Parker veteran Jeffrey Raider, Harry’s has gone from online-only to bricks-and-mortar in just a few months. Warby Parker, founded in 2010, did not open its first physical store until April 2013. Brands are increasingly embracing On/Off Retail from their inception.

The Corner Shop’s clean, modern look is a departure from the wave of vintage-inspired revivalist barber shops, such as Fellow Barber, formerly FSC Barber, or Persons of Interest, that appeared in New York in the late noughties. The store’s use of technology, personalisation, and no-bollocks merchandising will appeal especially to Re-con Men.