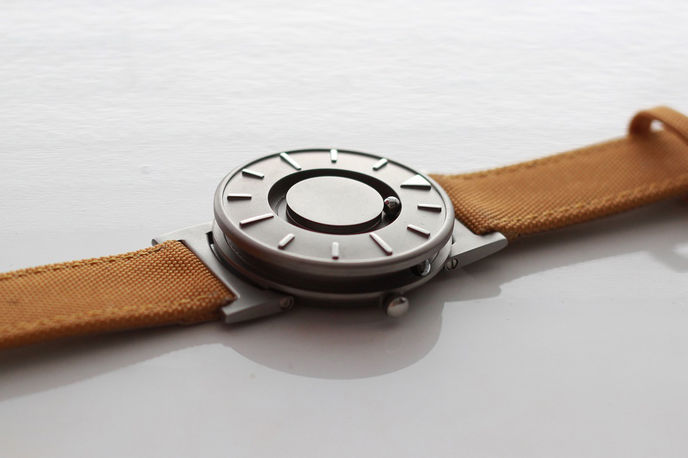 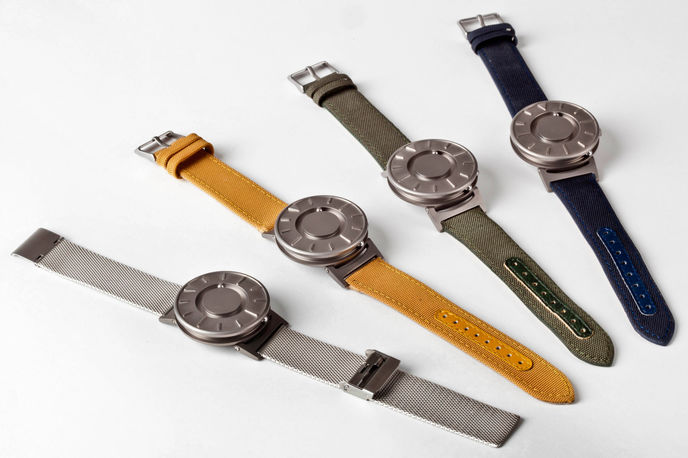 Washington, DC – With The Bradley, a new wristwatch, you don’t need to look down to tell the time. The tactile timepiece can be read by touch alone. It is perfect for those in meetings, cinemas or on boring dates – and perfect too for blind and visually impaired people, who are the inspiration behind the design.

The Bradley is named after Lieutenant Bradley Snyder, a former US naval officer who lost his sight while he was working as a bomb disposal expert in Afghanistan. Snyder went on to win gold and silver medals at the 2012 Paralympic Games.

On The Bradley, magnetised ball bearings take the place of traditional hands. The watch can be read in the traditional way, by sighted consumers, as well as by touch alone. ‘We’re going after the design watch consumers,’ Hyungsoo Kim, founder and CEO of Eone, the start-up behind the watch, told LS:N Global. ‘Even though we started developing a watch especially for the blind, we realised that’s not what they wanted. They wanted a watch everyone wants to wear.’

When The Bradley was launched on crowdfunding site Kickstarter, it smashed its fundraising target of $40k, raising nearly $600k from 3,861 backers.

The Bradley is one of a number of tactile products compensating for the loss of sensory stimuli created by the proliferation of screen-based interaction. For more on this trend, see our Hypersensoria microtrend.