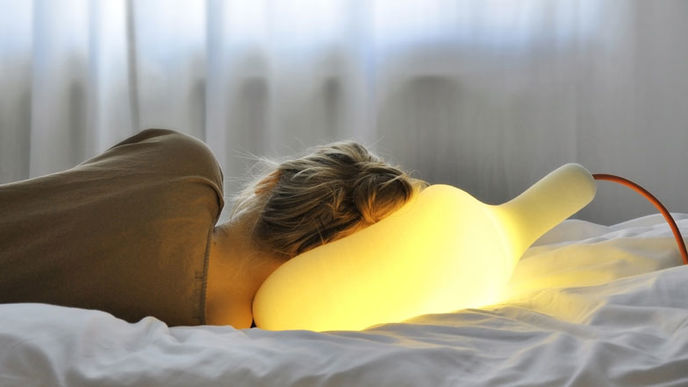 Berlin – Designer Simon Frambach has created Soft Light, a spongy lamp that can be pushed into crevices and cracks, and even used as a headrest.

At first glance, Frambach’s light looks hard and static, but the gourd-shaped Soft Light is made from polyurethane foam, which gives it a flexible exterior that can be moulded as if it were a cushion. Inside, the light bulb is protected by a cage and emits a soft glow.

The result is an unusually shaped lamp that can be squeezed anywhere and ‘fills a void in one’s living environment’. Its warm and tangible surface invites you to touch it, says the designer.

Designers are increasingly creating products that appear to be one thing but are actually another. For more, read our Haptic Illusion design direction.