London – A recent visit to Pick Me Up, the annual graphic design show at Somerset House, highlighted how science is increasingly inspiring visual culture – a shift we explored in our Re-enlightenment Rising macrotrend. 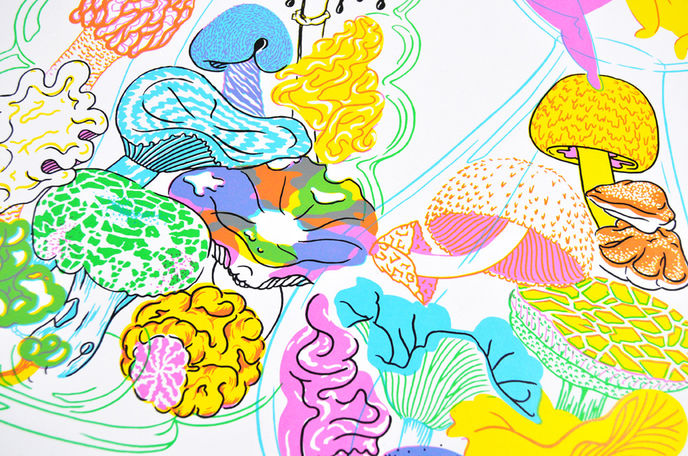 One of the highlights was the embroidered text work entitled Your Head Will Collapse by Filipino-Australian duo MaricorMaricar. The twin sisters Maricor and Maricar Manalo incorporated the formulaic style that we loved in Alejandro Guijarro’s photographs of blackboards, which were covered in equations by quantum physicists.

Our Psychedelia and 90s Netstalgia trends featured in the work of Tom Sewell and Sister Arrow, while a touch of Geo Luxe was apparent in Anna Lomax’s scene-stealing marble and neon installation.