London – Key works by Tel Aviv designers Noam Dover and Michal Cederbaum and their London-based Israeli collaborator Yoav Reches are being shown at 19 Greek Street. The Designing the Middle East exhibition is the first of a two-part series celebrating creative responses to living in the Middle East. The second exhibition will show work by leading Lebanese designer Karen Chekerdjian. 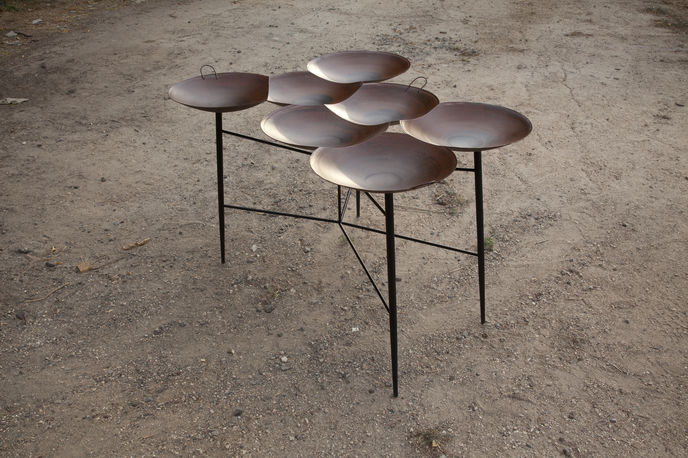 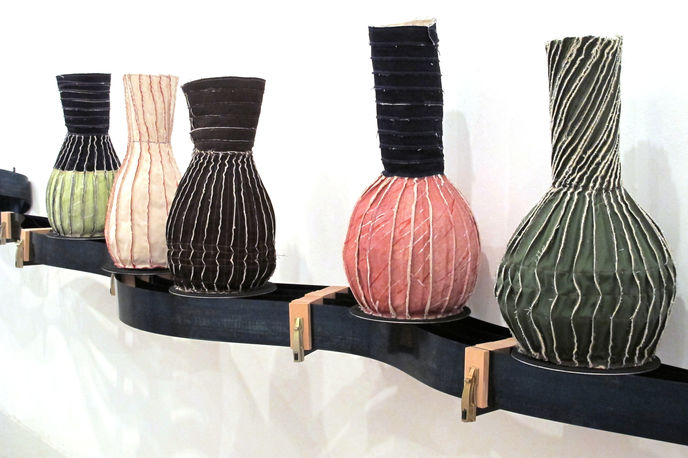 By showing pieces from two ‘enemy’ states – Israel and Lebanon – the series aims to emphasise the parallels in the human experience of living in a conflict zone. Curator Marc Péridis, of Egyptian descent, wanted to show work from Tel Aviv and Beirut as he found the objects being produced in both cities had more similarities than differences.

The collection of vases on show, Composition of Air, reflects the global trend for referencing science in design, representing the gases found in the air we breathe. A grey stool, Rope Bench, is an example of how flat-pack and DIY furniture is being re-interpreted – users thread in the rope themselves.

Read our Re-enlightenment Rising macrotrend for examples of science in design and the arts. For more on contemporary culture in the Middle East, see our Beirut Streetscape.