Yokohama – An affordable, mass-produced electric car has just been unveiled in Japan, aiming to tap into the green-conscious family-auto market.

The new Nissan Leaf five-door hatchback, expected to launch in the US and Japan in late 2010, is a commercially viable candidate for the pure-electric car market that Renault-Nissan head Carlos Ghosn expects to be responsible for 10% of all new purchases by 2020. Powered by an 80kW electric motor and a compact lithium-ion battery, the Leaf can go 160km (100 miles) on a single charge. An eight-hour overnight charge – achievable from a standard 200V wall socket at home – replenishes the battery.

The market for green cars has so far remained buoyant, despite the economic downturn, with an impressive number of new hybrid releases. But the new Nissan Leaf suggests that, beyond hybrids, pure-electric, zero-emission cars are now a mass-market possibility for the very near future. 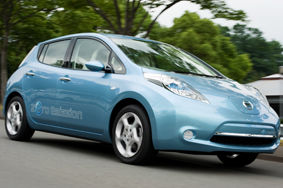 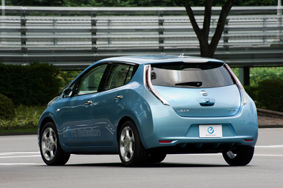 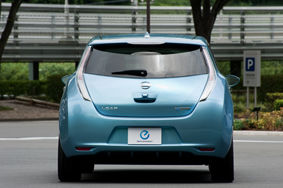