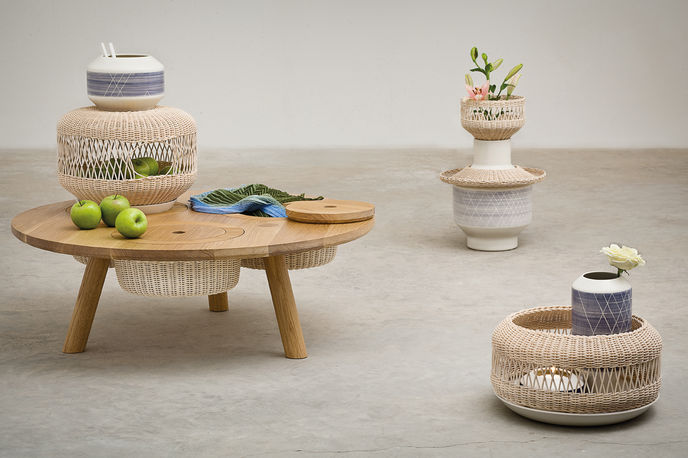 The project was one of 17 chosen for Casa Europa, an initiative to mark the tenth anniversary of the euro, in which Venetian artists and craftsmen were invited to create objects that reflect the values of the EU. In &ability, the ‘many within one’ design refers to the diversity of EU member states and their different traditions.

The objects can be stored in the table or removed and used separately. They include lampshades, bowls, wicker baskets and ceramic vases, which can be combined into functional or decorative objects depending on what the user needs.

&ability is the latest example of a design project inspired by the politics and cultural dialogue of the EU. The Kopiaste project, which we profiled in a previous Innovate feature, explored the Greek identity in relation to an unfolding, continent-wide economic crisis.