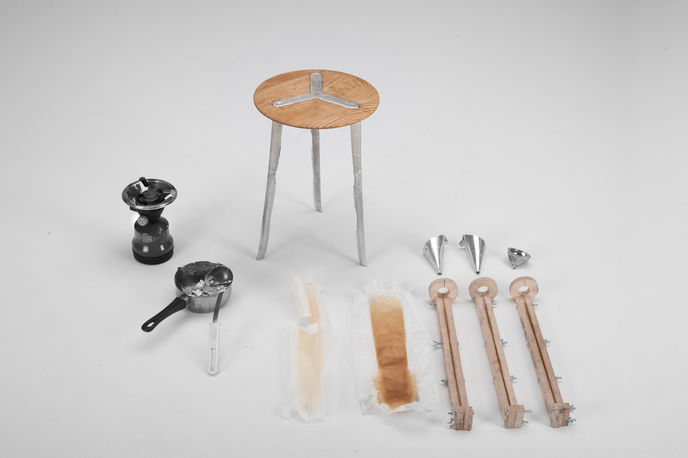 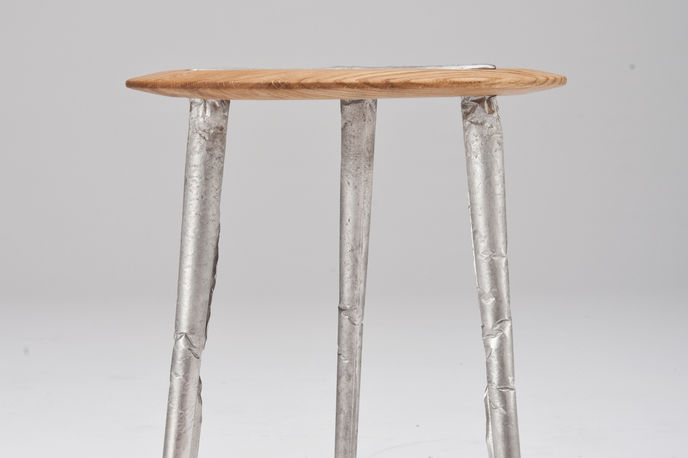 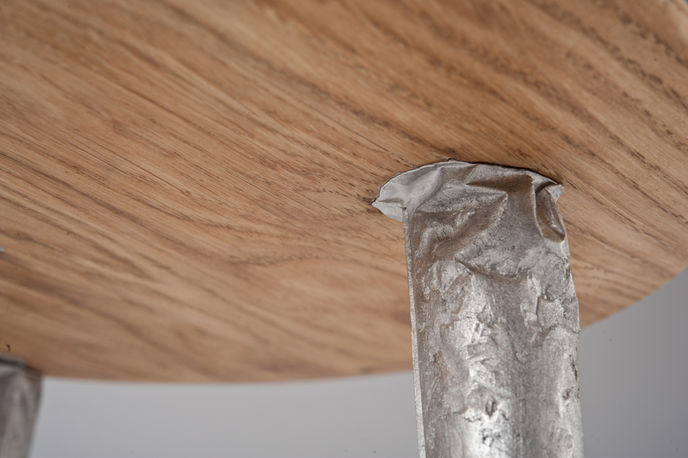 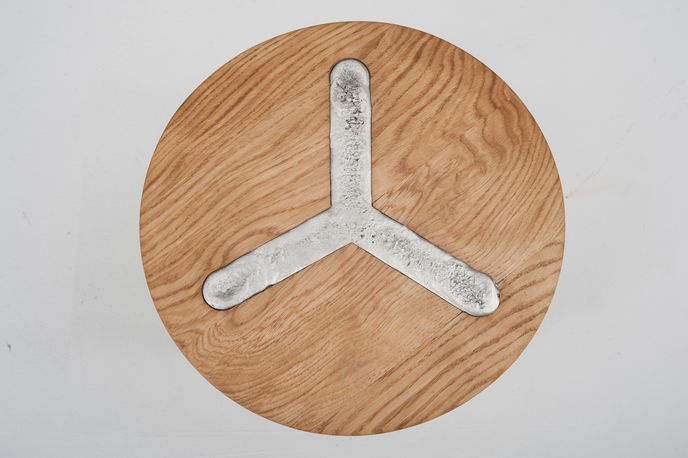 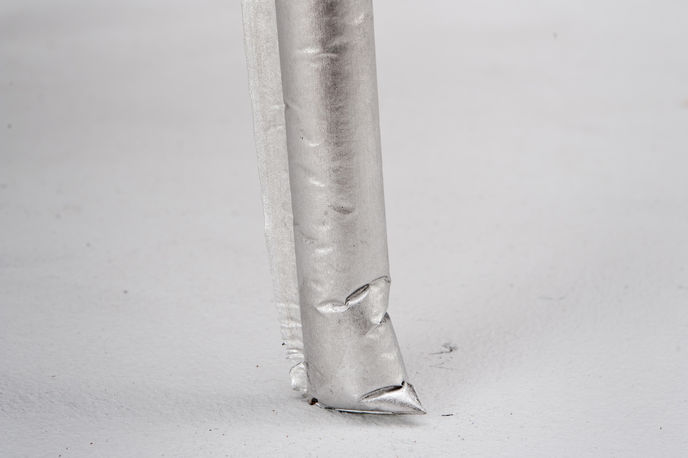 Bolzano, Italy – German design student Raphael Volkmer has created Pewter Transmutation, a work that is both public performance and finished product, in this case a stool.

The choice of pewter as a material helped Volkmer to reveal the process of creating an artisanal object. Because of the metal’s low melting point, little specialist equipment was needed, enabling the manufacturing process to be public. The technique of casting pewter onto backing paper also resulted in imperfections that marked the stool’s origins as a hand-made object.

Volkmer also drew inspiration from folk traditions. ‘The initial idea came from a German tradition for New Year’s Eve, when liquid pewter or lead is poured into water,’ says Volkmer. The shape of the pewter would then foretell the coming year’s events.