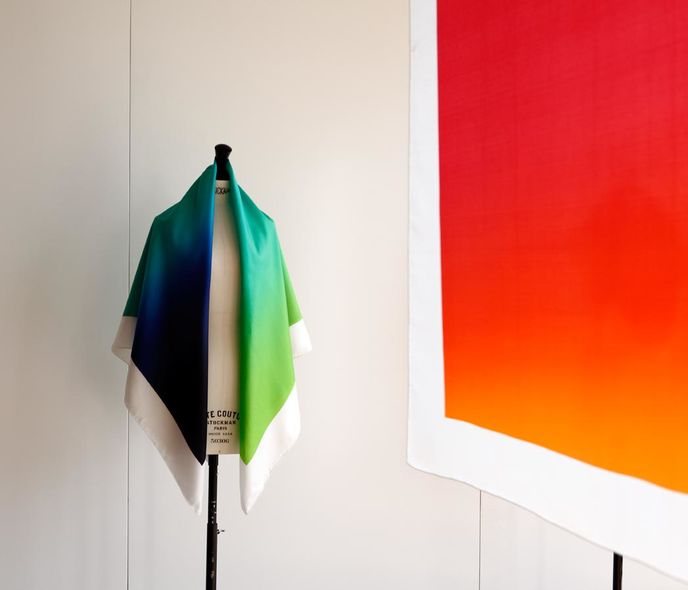 Paris – Japanese photographer Hiroshi Sugimoto has collaborated with Hermès to create a limited-edition series of silk scarves based on his experiments capturing the first rays of dawn on Polaroid film.

Sugimoto worked on his Colors of Shadow project for 10 years, breaking down natural sunlight into gradients using a system of prisms and mirrors. He then worked with Hermès artistic director Pierre-Alexis Dumas to select 20 Polaroids from the series to be made into carrés, the label’s signature square scarves.

Sugimoto approached the project in a philosophical manner. ‘The world is filled with countless colours, so why did natural science insist on just seven?’ he muses in his artist statement.

Designers are turning to hazy colours and poetic forms to imbue their creations with a sense of the authentic and the sublime. The Hermès project is a great example of how a time-honoured form can be re-invented for the here and now with a dash of Sublime Materiality.