Social television, a new interactive method of watching tv, draws viewers into programmes further than before. Playing on the social aspect of Web 2.0 and the growth of the tv/internet crossover, internet tv offers an experience that is not only live but can also be shared among fellow fans of the show.

Cable television network MTV has launched Backchannel, an online social gaming service that allows web viewers to interact with others watching the same tv show. Viewers log in to the MTV website during the show’s broadcast, then exchange comments and messages with fellow fans as they react to the show’s unfolding plot. Participants rate one another’s comments by tagging them; those who get the most tags move further up the leader board.

The first programme to use the game on Backchannel is The Hills, a reality series that follows the lives of a group of LA teenagers. So the next time Lauren harps on about her muddled love life to the vacuous-looking Whitney, users online will simultaneously remark on the scene with one another as the show progresses. Not only does this new format strengthen the relationship fans have with the show, it also helps to create relationships between fans. Importantly, this interactive format could well bring back the ‘event tv’ much missed by programmers and advertisers. 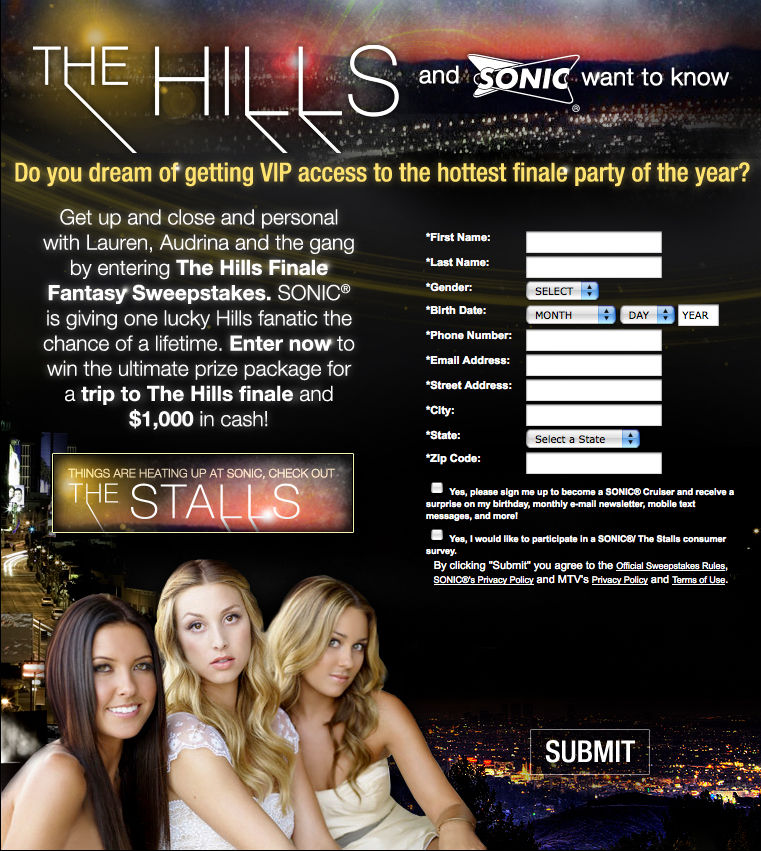 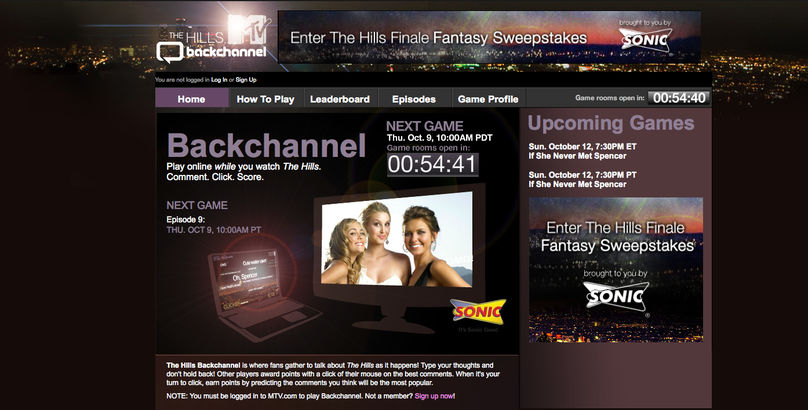 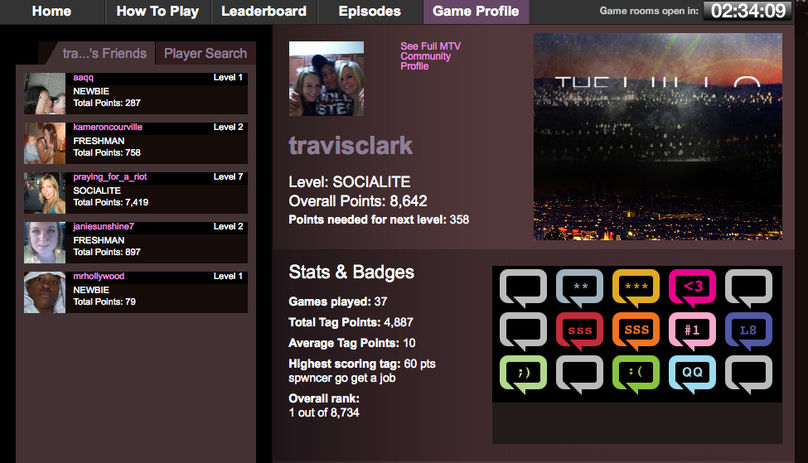