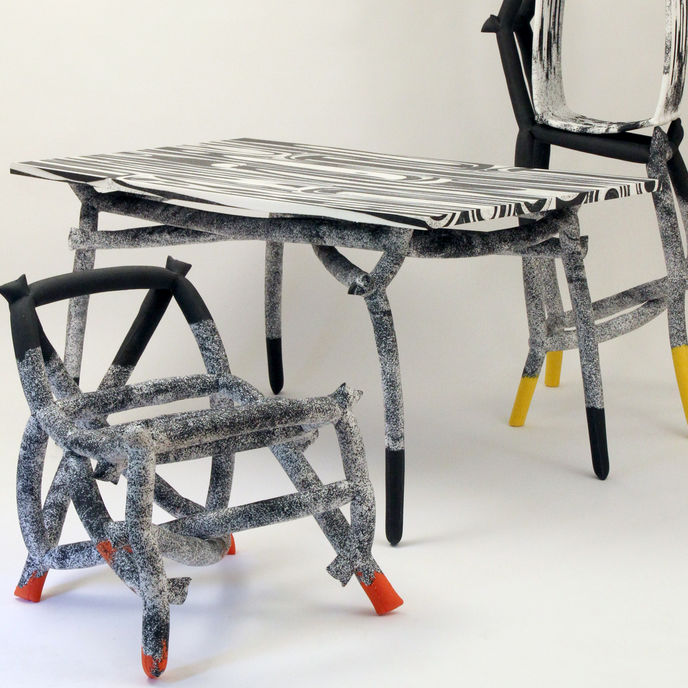 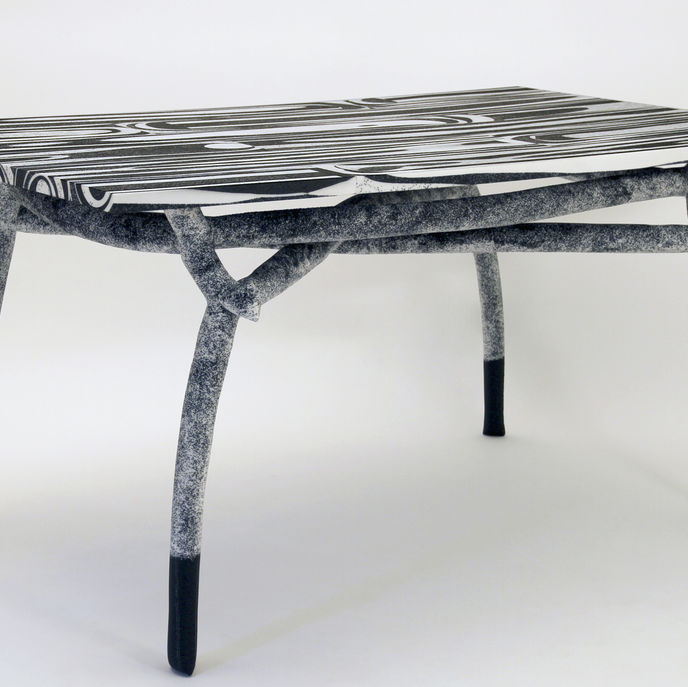 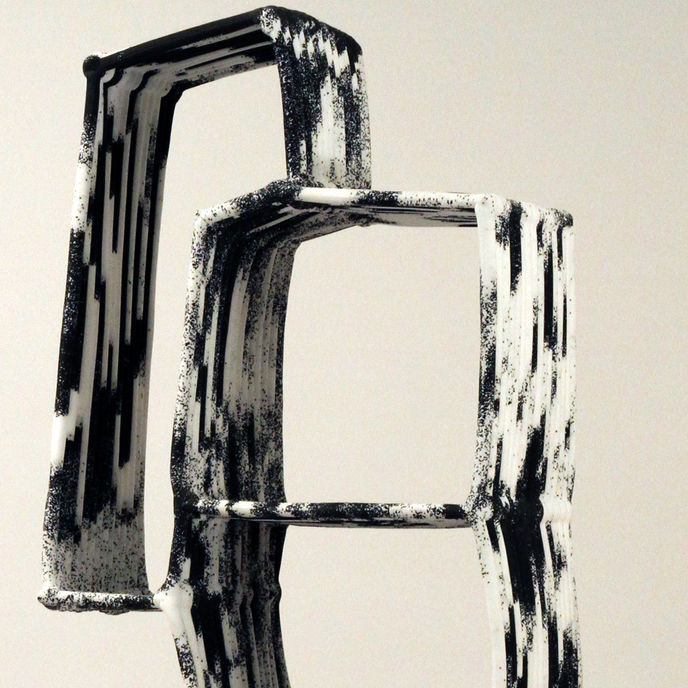 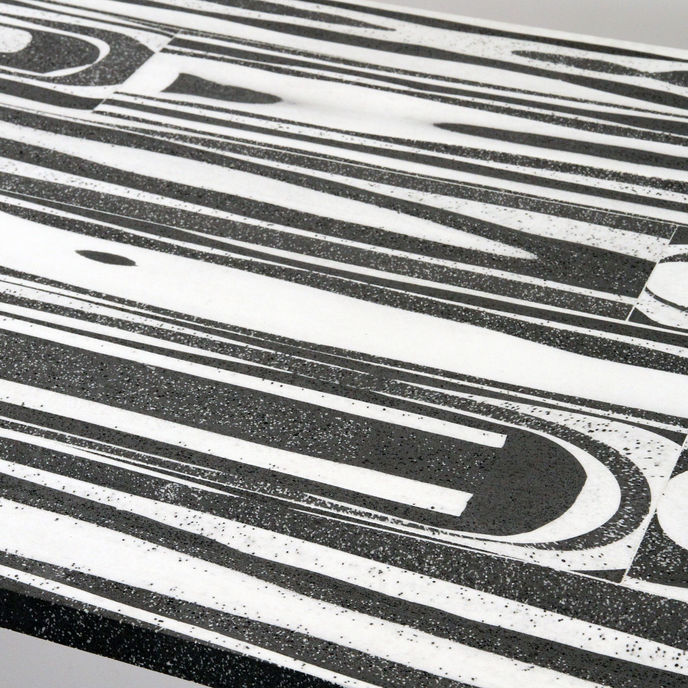 Breaking the mould: RCA graduates are on form

Their research and design studio Silo has formed an expandable polystyrene suitable for making durable material for furniture, using the NSEPS (not so expanded polystyrene) process.

‘We were eager to discover unique materials that were weird, but interesting,’ says Oscar Wanless. ‘We felt that EPS was an unexplored material.’

The designers started by placing polystyrene granules into a textile mould that they then steam-heated, which caused the polystyrene to expand and fuse together. Once cooled, the textile mould was removed to expose a material with a new pattern and texture underneath. Through different coloured beads, geometric patterns emerged with a pixelated quality.

The graduates were able to create forms that could not be achieved using metal moulds. ‘We try to forge relationships with industries so we can learn from each other,’ says Wanless.

This is a great example of how designers are embracing the new can-do and creative mindsets. For more, read our Open Brands micro trend.