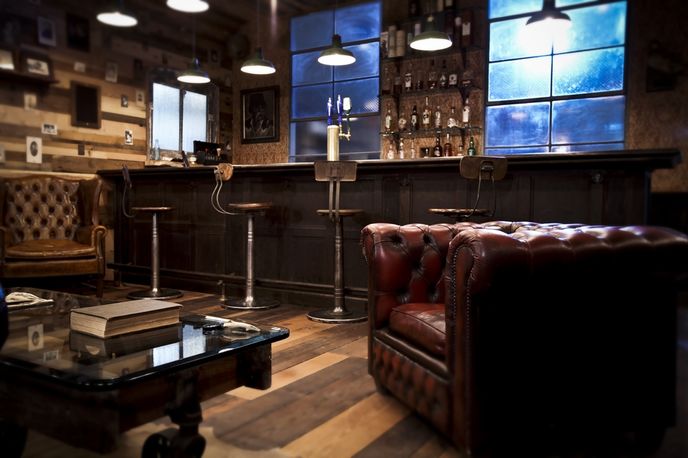 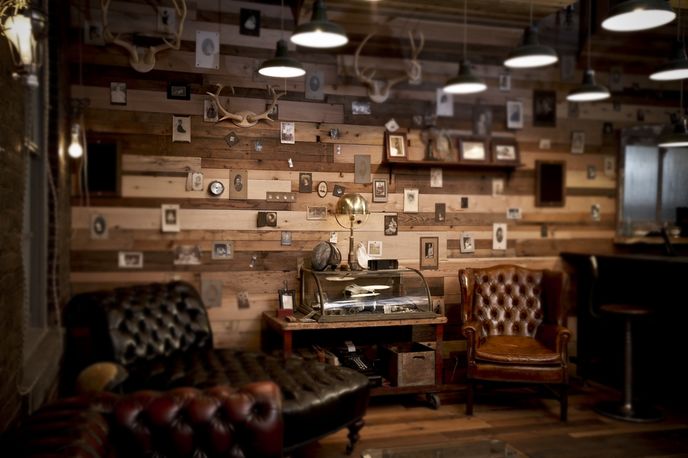 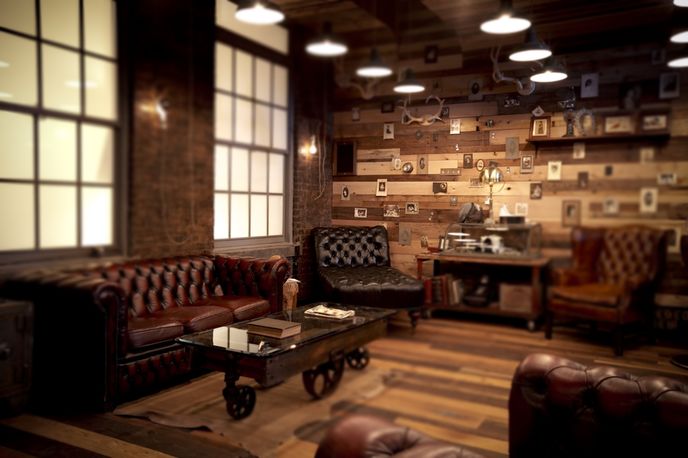 New York – Digital and denim references collide in the new whiskey lounge at Milk Studios, designed by Scott Morrison, president of New York’s Earnest Sewn and the brain behind one of our favourite bespoke denim brands.

The look and the idea is very much a Morrison aesthetic: 1900s furnishings and farmland wood finishes are mixed with the more gentlemanly styles of button-back chesterfields and rough-finish industrial surfaces.

Designed as a ‘digital den’, or as a green room for the photographers and production teams using the new Milk Studios digital facility, all technology, says Morrison, has been carefully hidden and disguised to preserve the lounge’s sharecropper antecedents and up-state, old-world charm. Much of this lived-in, worn-in aesthetic is captured in windows that have been reclaimed from the old Remington Arms ammunition plant, and the lounge’s zinc bar, built with wood panels from a library in Pennsylvania. Morrison describes it as a space that ‘serves as a sanctuary without sacrificing productivity.’

Morrison’s next interior will debut in 2009, with the opening of Earnest Sewn’s long-awaited 6,000 square-foot Los Angeles flagship store on the corner of Beverly and Gardner in the former Town Tire building.